UFODigest.com » Science » Human Consciousness » Tracking THE MIND OUTSIDE: Near-Death Experiences and How UFOs Are Connected 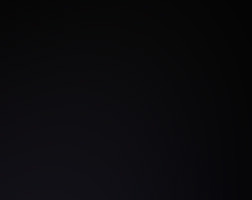 Have some UFO occupants escaped the chains of time itself and become energy beings? These would be highly advanced beings whose consciousness is not housed in an organic brain but rather has instant access to the universal morphic field of consciousness which I call, The Mind Outside.

As Albert Einstein reminded us, “All time happens at once but our humble minds cannot comprehend this, so our brains order it, filter it, into a succession of moments.”

What does this theory regarding UFO beings have to do with near-death experiences in humans as well as the huge question of life after death? Read the latest quantum research:

A pair of world-renowned quantum scientists state they can prove the existence of the soul: A near-death experience happens when quantum substances which form the soul leave the nervous system and enter the universe at large, according to a remarkable theory proposed by two eminent scientists.

Their idea stems from the notion of the brain as a biological computer, ‘with 100 billion neurons and their axonal firings and synaptic connections acting as information networks’ which can persist in the universe even after death, explaining the perceptions of those who have near-death experiences. 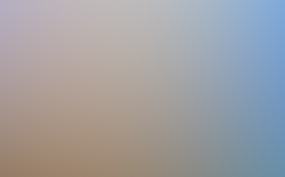 American Dr. Stuart Hameroff and British physicist Sir Roger Penrose developed a quantum theory of consciousness asserting that our souls are contained inside structures called microtubules which live within our brain cells. In a near-death experience the microtubules lose their quantum state, but the information within them is not destroyed. Or in layman’s terms, the soul does not die but returns to the universe.

“Thus it is held that our souls are more than the interaction of neurons in the brain. They are in fact constructed from the very fabric of the universe – and may have existed since the beginning of time,” states the report of the two researchers.

Also read: LIFE AFTER DEATH: DO WE SET SAIL INTO THE COSMOS?

‘If the patient is resuscitated, revived, this quantum information can go back into the microtubules and the patient says, ‘I had a near death experience.’”

In the event of the patient’s death, it was “possible that this quantum information can exist outside the body indefinitely – as a soul which is a part of the universal morphic field.” (end of research report). 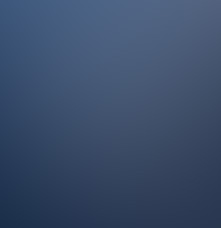 Those who have had near-death experiences tell us that their loved ones, who had already “died” were waiting for them, gave them hugs, and welcomed them to this new, awesomely wondrous place.  Looking at it scientifically, if someone has a near-death experience and is greeted by his mother as she was at age 40, but his mother “died” at 80, we can theorize that his mother exists in all her stages of life, because no time is involved. It is instead a matter of one consciousness within the Outer Mind, perceiving another consciousness (in this case, his mother), within the Outer Mind (the universal morphic field of consciousness).

Physical living humans live in “no time” only in their dream state. Their mother is often young in dreams there.  I feel that the dream state when we are “alive” is a connected level of consciousness to the near-death and after-death reality.  Since there is no-time (and all-time is accessible), in the dream state, it is a “preview” for the Mind Outside which is the “coming-attraction” after death.

The dream-state of course does not come close to encompassing the Mind Outside, it is just a tiny preview, but it is the closest state of mind which can be found within a human still chained to “time.”

Energy UFOs are also sometimes considered to be light ships or even composed of plasma. Only an energy being could survive within a ship composed of plasma or light. These “energy ships” (a general term) are often sighted and are a valid part of the UFO phenomenon.

When I first started into UFOlogy, if someone connected UFO occupants and humans who had died, saying these were the UFO occupants, I dismissed their idea instantly. I still do not feel that humans who died on Earth are a part of the explanation for UFOs and their occupants; however, I do see a connection between energy UFO beings who have access to the Mind Outside (universal consciousness) and humans who have died, whose microtubules have lost their quantum state, their consciousness (soul) having moved outward into universal consciousness, leaving their prison of “time.”