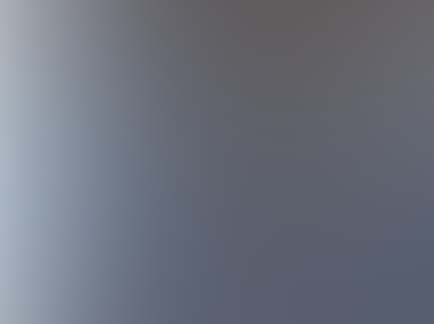 Little Marc Rayman did not want the unknown to stay the unknown, he did not like it that way, and so he loved science fiction.

The Chief Propulsion Engineer at NASA’s Jet Propulsion Laboratory (JPL), Marc Rayman as a boy, sat spellbound in front of a black and white television set and watched every episode of original Star Trek. He exclaims, “I was captivated by the future which Star Trek showed me and as I grew up, I found another medium into which to guide my Star Trek passion.”

Today, these are the words on Marc’s umbrella, “Where No Man Has Gone Before,” and his work as chief engineer at California’s Jet Prolusion Laboratory is the backbone of America’s deep space program.  From the Voyager Probe, which is now headed into interstellar space, to all the Mars probes which seem to be telling us convincingly that the Red Planet is not a dead planet, Trekker Marc Rayman has guided and lead the JPL program. His main control room at JPL looks astonishingly like Engineer Scott’s control room; this surprises me because I figured Scotty’s control room aboard the Enterprise was the 1960s version of a spacecraft computer control room. But, no! Marc’s looks very similar – for real!

Marc is part of the team working on creating ion power, using electronically-charged particles as a star-craft power source. Ion power will most likely take humans to the stars in a reasonable amount of time. Possibly some alien star-craft in our skies today, use ion power. It is more likely that the interstellar mother-ships use ion power than the short range saucers (scout craft). Star Trek’s Enterprise did not yet have ion power but Engineer Scott sure wanted to learn more about it! Yes, Star Trek encountered ion power in 1968, and Marc got an idea.

So why am I using “trash” in the title of my article? Because – there have been several articles  calling science fiction “trash and garbage.” These articles say that the human race stays in darkness partly or mostly because of the devious deceit or stupidity (not sure which), of science fiction, science speculation, and now, the numerous UFO and paranormal-hunting reality shows.

Second, since I only have “rabbit ears” and receive only network television, I am not about to tackle the cable UFO, paranormal-hunting shows. I can imagine that most of them are less than brilliant, as are other reality shows about fashionistas or the bickering family next door. My best advice: Don’t watch them.

One brilliant television show is called Through the Wormhole with Morgan Freeman. Some of its mind blowing information is featured in these articles: https://www.ufodigest.com/article/super-highway-stars-alien-traffic

Back to science fiction: I cannot possibly cover or “defend” all the great science fiction which is out there on television, movies, and in books. Science fiction is truly the hopes, dreams, and aspirations of an entire species, put into fiction-form and flying free. I never thought I’d have to defend science fiction but here it goes: 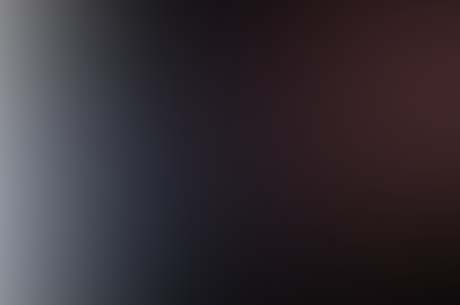 Artist’s conception of a wormhole in space

Just to be able to deal with a huge amount of science fiction material, I am going to stick to Original Star Trek because I cannot travel around the world for this article to interview the leading scientists, doctors and professors who were inspired by Star Trek and other science fiction and who are to this day, science fiction devotees. I do have a good DVD entitled How William Shatner Changed the World and I am quoting from those interviews. Incidentally, William Shatner is being funny with the title because he does not take credit for Star Trek but rather immediately credits everyone who was involved in that extraordinary creation.

What does a nuclear physicist watch on DVD at the end of a long day?  I have not taken an actual survey, but I might win a bet if I said, “Some good science fiction!” For instance, Dr. Michio Kaku unapologetically announces, “I am a huge Original Star Trek fan!”

The entire science fiction subject is just too huge to cover in one article, but I can promise you, there are brilliant people everywhere in the world who love Isaac Asimov, Ray Bradbury, Frank Herbert, Harlan Ellison, Gene Roddenberry, George Lucas, and a host of other science fiction geniuses. Just for this article for practicality’s sake, I will center on Star Trek.

So here’s the crux of it:

Why assume that people who watch anything speculative or science fiction-like, are keeping the entire human race from finding out about UFOs and aliens? I honestly do not get the logic and never have.

It seems to me to be quite the opposite.

Ever hear of Martin Cooper? He invented the cell phone. In his interview, he tells us how he loved Star Trek and especially their communicators. He grew up with that treasured inspiration Trek gave him, and though it was called an “impossible dream,” he invented – tada! – the cell phone. 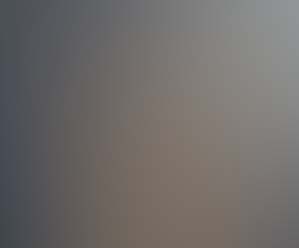 Meanwhile, in Silicon Valley, Robert Haitani,  innovative, acclaimed product designer, says, “Star Trek  is part of the culture here in Silicon Valley. I have always loved it and love it still.”

Ever heard of Professor John Adler? He is also a life-long Trekker. He says that Star Trek changed the world with its imagination, inventiveness, and vision of a positive future. He is professor at Stanford University and concludes that Trek’s concept of “sickbay” revolutionized the medical field.  Adler has led the way in this revolution. Now there are medical scanners, almost identical to those shown in Trek, and if you have a brain tumor, today they can find it as easily as Doctor McCoy would have. However, when they filmed Trek in 1966, real medicine was still nearly barbaric. Finding a brain tumor, for example, was hit and miss. Professor Adler saw Trek as a boy and said, “Why not?” 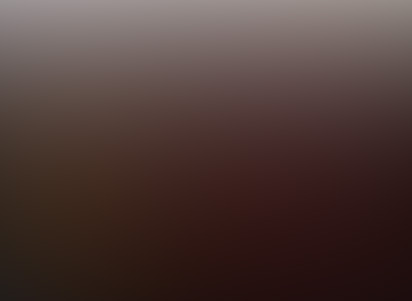 And that is what science fiction is all about! “Why not!” These are our human dreams and aspirations!

I must interject that I am not trying to glorify Star Trek here as much as I am trying to show that science fiction fans are not mush-heads full of “garbage and trash” who as vegetables somehow block the entire human race from discovering UFOs and aliens.

The very accomplished people mentioned in this article, are the type who might well solve the UFO puzzle which is, of course, a number of puzzles and so one individual will probably not solve them all.  However, these are people who “use their heads” quite well, having not been turned to mush by science fiction but instead motivated by it to be brilliant.

Mae Jemison is the first African-American female astronaut. In 1992, she went to space in Space Shuttle Endeavor. She says, “I opened every day’s transmission to NASA with, “Hailing frequencies open.” Ms Jemison tells us how inspired she was by Lt. Uhura, played by Nichelle Nichols, and because of this science fiction show, she saw as a little girl that she, too, could live her dreams and go to space.

George Takei who played Lt. Sulu, tells us that Star Trek was the first time an Asian-American actor was not cast as a stereotype on television. He spoke plain American, he piloted the Enterprise and was an important member of the tactical crew.

Yes, science fiction and Star Trek in particular, blazed the way for social enlightenment too. When Trek was being filmed, civil rights demonstrators were getting clubbed and water-hosed in Selma and across the South. Yet, Captain Kirk and Lt. Uhura, kissed. There were crew members who were African-American, Hispanic, Native American, just “there” on the ship. Science fiction is, of course, a stage on which the real problems of society and the world are examined and hopefully solved.

Gene Roddenberry who created Trek did not live a life with his head full of science fiction “garbage.” He was a bomber pilot in World War Two, was shot down and survived, was a Pan Am pilot, and a police officer.

Hey, we who love science fiction are not holding up humankind’s progress! And most of us are very functional, thank you. And thank you, Gene Roddenberry!

Ever hear of Seth Shostak? Science fiction and especially Star Trek changed his life when he was a boy; he and his brother cuddled into bed and watched it on black and white television. “It has an emotional appeal, it told us extraterrestrials do exist, they manifest and most can be reasonable if you find the key, and it speaks to the best in all of us.” Seth went on to become Senior Astronomer of the SETI program (The Search for Extraterrestrial Life).  Seth is not blocking the search for alien life. 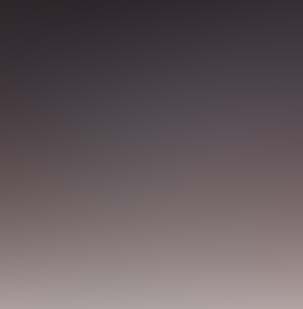 In Mexico, at the university, Professor Miguel Alcubierre tells us how he listened not to Einstein who said nothing goes faster than the speed of light, but to science fiction and specifically  Star Trek, which said, “Warp 2, Mr. Sulu.”

Miguel sat down and figured out how to indeed go faster than light, or at least, how to warp space. He and others are working on it now, as a reality.

No trash-heads, they! Meanwhile, huge science fiction and Trek enthusiast, Dr. Lawrence Krauss from Case Western Reserve University and of the Institute for Advanced Technology (think tank of geniuses), has written the book, “The Physics of Star Trek.” Yes, that’s right, no garbage head, he! Lawrence is also working on how we can use worm holes to get from here to there – in reality.

The examples are endless, just in the world of Trek fans, let alone all the science fiction fans who might not necessarily even like Trek,  who are genius-level people (or not), and who contribute in huge ways to humankind because they dare to dream. They dared to love science fiction as children and still do as adults in their relaxation time.

I’ll say it one more time: We are not held back from knowing the unknown, we are not thwarted from finding out the answer to the UFO/alien question, because of science fiction, for goodness sakes!

We are held back because of powers-that-be who won’t tell us the truth. Some people say our government doesn’t know much either, but I am sure they know quite a bit, at least enough to inform and educate their people about the most enormous event and challenge we have ever faced as a species – actually being told the truth about the aliens in our skies and perhaps soon, the aliens who will land on our world!

We are also held back by finger-pointing at each other and being stuck in a rut. These are critical days and it is not the time to be intolerant and myopic.

Let’s take a deep breath so that we might perceive, “The Truth Is Out There.” (X-Files)

Leap into Exo-Trekking! Join the search for the truth! [email protected] i