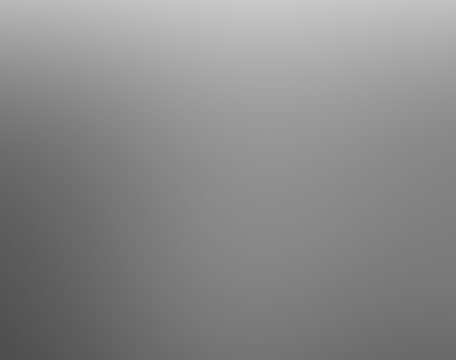 In the 1952 an unprecedented UFO flap, the likes of which never seen before, descended upon the US with a vengeance.  From the west coast to the great state of Texas, from the Midwest all the way to Washington DC, a wave of flying saucer sightings left Americans speechless in their wake, and police switchboards often flooded with calls.

Little did the public know that at Project Blue Book headquarters in Dayton, Ohio Director, Captain Edward Ruppelt, had already anticipated that a potential powder keg of UFO activity awaited the nation. The situation had been building as his organization worked feverishly to investigate the numerous and bizarre reports coming in. Captain Ruppelt found himself flying all over the country interviewing trained observers such as airline pilots, who had flown in World War II, policeman, engineers, and solid citizens who were not looking for the unwanted notoriety of being a “UFO kook”.

Through the months the pressure had been building as UFO reports were gaining momentum. Doctor J. Allen Hynek among officers there at Project Blue Book offices were nervous in anticipation of a big event or perhaps a series of big events that awaited the general public over the skies of the United States. The year of 1952 would bring with it a breath taking series of flying saucer sightings that would eclipse all concerns of US citizens even the Korean War which was raging at the time. The top of the proverbial jar was about to be blown off.

Confrontation in the making

Over the course of several nights in July of 1952 a direct confrontation was due between the US Air Force and the mysterious phenomenon that, according to General Nathan F. Twining, could out-perform the best fighter aircraft fielded by the US armed forces. Scientists concerned over the trigger happy readiness of fighter jocks tasked with defending the air space of their country and a high command that was obsessed with acquiring the exotic technology of the UFO, warned against starting a potential interstellar war with a more advanced civilization. The stage was set for a showdown of uncertain proportions.

After several nights of airborne lights pacing civilian airliners as they approached Washington National Airport one of the strangest incidents ever recorded in UFO history showcased the technological superiority of whoever had invaded the skies over Washington DC that fateful evening. As Major Dewey Fournet, Air Force spokesman Albert Chop, and radar technicians watched  unknown radar blips crowded the screen over White House air space. Calls made to airline pilots by the traffic controllers confirmed visual existence of airborne lights in the vicinity of the approach patterns used by civilian passenger aircraft.

In the wee morning hours US Air Force interceptors from New Castle AFB were vectored to the unknown radar targets that suddenly blinked out and disappeared from the radar screen every time the F-94C all-weather jet fighters entered close proximity to the bogies that were loitering over White House air space.

Frustrated by what they thought was a malfunction in their equipment, radar technicians worked feverishly to check their electronics, but there was no apparent technical glitch found. According to Senior Traffic Controller, Harry Barnes, it was as though the UFO’s were listening  to Air Force communications between the traffic controllers and the pilots who attempted to identify their elusive prey. Several times when the pilots entered the zones occupied by the ubiquitous UFO, again all targets that had been marked and noted by radar technicians again vanished from the screens. The pilots were vectored to the last known positions of the bogeys but reported no sign of their aerial opponents.

Sometime around 3 am another performance was to be made by the UFO’s as the glowing orbs seen by civilian pilots as they were on approach to Washington National Airport. Airline captains and co-pilots were requested to spot and verify sighted aerial lights in order to verify positions marked by radar operators on their screens. Tensions were high as all there were convinced that they had solid and good returns that were not caused by temperature inversions. Once again interceptors were called in from New Castle AFB.

A cat and mouse game of potentially deadly proportions was now being played as the two interceptors roared onto the radar screens at over 600 miles per hour. Captain William Patterson was determined to nail a bogey. He guided his F-94C jet fighter directly into what appeared to be a gaggle of unknown targets as all in the traffic controller room watched. This time the UFO’s did not blink out from the radar screens. Instead, astonished Air Force personnel watched as the UFO’s advanced toward Captain William Patterson’s F-94C and surrounded his jet. Intimidation could be heard in the veteran pilot’s voice as he watched a ring of aerial orbs close in upon his position. Patterson requested instructions as a silent and tense group of Air Force officers stared in disbelief.

Air traffic controllers at Washington Nation were connected by an intercom system that linked them with Bolliing Air Force Base as well as New Castle AFB. So that clear distinctions between civilian and military aircraft could be made as well as keeping planes safely navigated among each other, this was a crucial communications arrangement. This same intercom system served as audio evidence that documented what all parties were witnessing as UFO’s not only disappeared from the radar screens, but this time were not content to simply vanish. They had encircled Captain William Patterson’s jet interceptor, and an alarming situation arose.

As a choked silence enveloped the radar room in those ungodly hours and a pilot faced an uncertain fate at the hands of an aerial intruder that could not be identified, the UFO’s swuddenly broke off their deft aggression toward Captain William Patterson’s presence and backed off! A stunned pilot reported that the glowing airborne lights that had surrounded him were breaking off and withdrawing. That was the last encounter prior to dawn, and it left a permanent impression on all there. In the aftermath, Captain William Patterson was later debriefed by air intelligence officers. To this day the content of that debriefing has never been made public or available by FOIA request. It may be that Captain Patterson came closer to the truth than any pilot ever had who could live to tell about it!

Subsequent investigations by the Air Force tried to explain the Washington National Sightings as the product of thermal inversions or “weather targets” as they were called, but experienced radar operators knew how to distinguish between good solid returns from solid objects and the well-known phantom returns given off by micro waves being reflected by warm moist air that was kept stagnant by a layer of colder air from above. Admittedly thermal inversions had indeed created confusion in the past, but Senior Controller, Harry Barnes was convinced that solid objects had been tracked by their radar units. Incredible speeds had been recorded by UFO’s that could loiter at slow speeds and suddenly increase to thousands of miles per hour as they raced across the radar screens with devastating acceleration.

Generals John Samford and Roger Ramey fielded questions during the  largest press conference given by the military since World War II at the Roger Smith Hotel in Washington DC. Unfortunately, for Captain Ed Ruppelt, Director of Project Blue Book, his per diem would not allow him travel expense to get to the media event. Although the USAF did not claim that every object sighted on radar had been a weather target they insinuated that some were.

So, how did the unknown radar targets vanish from the screens operated by veteran technicians that were determined to find out what they were dealing with? How did interceptor pilots with a mission to identify bogeys over the White House fail to make visual contact with solid objects that had just been tracked by radar prior to blinking out once the US Air Force aviators had entered into close proximity with them? How could bright self-luminesce space craft remain hidden from US all weather interceptors capable of locking on to their targets with air to air missiles?

Answer; Perhaps we have just seen historic proof that an advanced civilization had just demonstrated their superiority to a potentially hostile primitive society threatened by the presence of the unknown over their skies. In view of a particularly bloody war being fought between this nation and North Korea, would the occupants of UFO’s testing our capabilities have wanted to take a chance on cooperating with the defensive measures of the US Air Force? Not likely. It seems man was already doing a good job of destroying his own kind much less show tolerance or mercy to an aerial intruder over the air space of a primitive nation’s center of government. No, wasn’t going to happen!

They had it long before we did

If the Washington National Sightings prove anything of concrete significance concerning UFO’s it is that they demonstrated a very effective form of cloaking while in flight that vastly exceeds the stealth technology we are presently using on such US military aircraft as the F-117 Stealth Fighter or the B-2 Stealth Bomber to date. Even though US defense contractors are on the verge of developing visual camouflage that would render invisibility to troops and hardware. It would be nothing like rendering immediate in-flight invisibility that could thwart enemy aircraft in close proximity with seeming intsaneous capability. We are not there yet. But, in 1952 someone or something was. What were they using and who they were remains a mystery to this day.

Until next time when the fog of uncertainty overshadows the self assuredness of the ignorant.