UFODigest.com » Aliens and UFOs » UFOs AND THE RISE OF THE SECURITY STATE 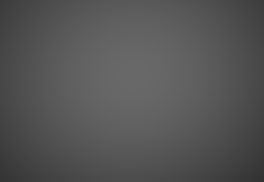 In 1947 former intelligence officer, Captain Corso, could not quell his curiosity over the classified shipment that had arrived by railcar to Ft. Riley in Kansas on a sweltering summer afternoon with no air conditioning. Late that night Philip Corso, commanding officer on duty, had offered to relieve the guard who was assigned to keep an eye on the secret shipment now sitting in a warehouse. As soon as the guard left to get something to drink and relax, Corso climbed atop the cargo that was draped in a tarp and pulled it off along with the lid to a container.

When he peered down into the contents, what he saw, shocked him! Corso claims to have seen the classic gray alien corpse many are familiar with today, yet in 1947 few would have understood what they were looking at unless they had been near Roswell, New Mexico around the time of several crashes in close proximity occurring the first week of July. There in a bluish gel preservative was the body of a creature that the former World War II intelligence officer who had served in Italy, could only speculate about. Corso, who had been well trained knew how to compartmentalize and this he did, putting the horrid memory in the back of his mind for years to come after quickly recapping the container and covering it with the tarp while regaining his composure before the guard could return.

A confluence of many events took place in the 1940’s specially after World War II that may well have convinced the US federal government that secrecy, tight security, changing the laws, and establishing a dedicated network of surveillance focused on international as well as domestic monitoring was a necessity. The onset of the cold war, missile technology, nuclear arsenals, and the secret use of captured resources from our enemies would seem to be enough to provide the impetus for extreme measures that might challenge our US Constitution. Yet, all of this had already been underway by 1945 and no particularly invasive security legislation had yet been passed. However, coinciding with 1947 and an influx of flying disk sightings, the beginnings of the very police state we languish under today were being instituted with little civilian oversight.

So, if the cold war had begun with the Soviets, Operation “Paper Clip” the utilization of Nazi rocket scientists to establish the future NASA, the 509th Bomb Group, the only nuclear strike force capable of delivering Atomic devastation in the world, had not yet summoned the need for a sharp rise in a police state role within our federal government, was it the events at Roswell that acted as the catalyst? The evidence does seem to speak for itself. Records according to the FBI vault indicate a drastic rise in domestic investigations related to disk sightings all over the nation from 1947 to 1949 as well as the assistance of J. Edgar Hoover’s FBI with the intelligence services of the US Air Force, the Navy, and even the War Department as it was called at that time.

Out of the ordinary

It seemed not only were the prerequisites for possible threats to national security inherent, but something extremely unusual and perhaps unprecedented has occurred and a subtle hysteria may well have been traveling through the ranks of our intelligence services like a shock wave! it was in 1947 that General Nathan F. Twining’s shocking intelligence estimate of flying saucers had alerted the Joint Chiefs of the Pentagon in Washington DC that a new era had arisen not only for America but in the world as an alien threat was perceived thus presenting new challenges to the existing methods of investigation and the need for rapid classified data accumulation loomed before our leaders.

Not up to the task

In the years to come as extraordinary sightings rocked the country and left many trained observers stunned in the wake of these incidents only the mundane explanations of the “Official Version” would be leaked to the US Press Corps while the more ominous aspects of that intelligence gathering were expedited to places like Wright Patterson AFB or S-4 at Area 51. It is clear that not only was something afoot, but maybe our heads of the Defense Department and armed services worried that our capabilities were not up to the task. Sources has speculated for a long time that President Eisenhower negotiated out of weakness due to our technical inferiority to an alien presence that made demands we would have to submit to. According to former Army Colonel, Philip J. Corso, it was not until the HARP program that America gained parody with the alien threat.

The HARP program spawned a number of different projects that were not just about microwave antennas projecting heat into the ionosphere from a station in Alaska. According to the late Corso, an elegant system designed to eradicate threats to the US with rapid precision was created. A missile with an onboard particle beam weapon capable of targeting several threats at once and knocking them out of the sky with precision accuracy quickly turned the game around for America. Yet, the scars left to our freedoms by the rapidly rising security state have not been withdrawn.

Loss of our freedoms

Thanks to the Patriot Act in response to the Oklahoma bombing and future domestic terrorism, the signing of the NDAA laws by President Obama in 2010, our Constitutional rights as Americans have been compromised. A complacent generation of unconcerned Americans pre-occupied by video games, reality shows, surfing the Internet, and their precious smart phones are reluctant to act while their freedoms are being rapidly eroded by Nazi style tactics adopted by our federal government in complete defiance of due process and the checks and balances of the four branches of government. Stupidly, Americans have been lulled into the mentality of livestock ignoring the lessons of history under the bungling assurances of the Obama White House.

It would not be hard to believe that our out of control federal government is more of a threat to the people than any hostile alien civilization because in that case we at least would know who the enemy was. When dealing with our federal government you no longer know who your friends are! Ike Eisenhower made sure that in his speech he warned the American people about the threat of the military industrial complex, and in doing so was quoted but heeded little by future generations of Americans. America has become a corporatocracy. The interests of defense contractors, big business with strong lobbies, the entitlement mentality of half of this country,refusal of the government to guard our borders, the abuse,neglect, and even molestation of children becoming an accepted practice, the unpatriotic attitude of those who live in America but refuse to assimilate all characterize the rapid moral descent of a once great nation. Things cannot go on this way much longer. God help America!

If you would like more information about Colonel Corso

or wish to purchase his book through AMAZON.COM simply