UFODigest.com » Aliens and UFOs » UPDATE COMET ISON: a Dud or a Revelation?

Is Comet ISON still coming our way, due to shine brighter than the moon in November, 2013? It is said to possibly be “Comet of the Century,” and is a brand new comet. It has never come by Earth before – and it will be in relatively close proximity!
Click here to enlarge top photo.
We cannot see COMET ISON yet, but at the beginning of August 2013, it left Constellation Gemini and moved into Cancer, the Crab. ISON is indeed an icy gypsy wanderer.
Finally, on August 10, 2013, we should be able to see ISON! It will begin rising above the east-northeast horizon before dawn; it will be 18.1 degrees from the sun. For mid-northern latitudes, on the morning of August 21st, it will be 6 degrees above the east-northeast horizon as twilight begins. By the end of August, it will be 12 degrees as dawn breaks and it should be then easy to spot.
ISON has continued to brighten slowly until the beginning of this year, but then it stopped brightening when it reached magnitude 15.5. Does this mean COMET ISON could be a dud as far as being a spectacular sight in the sky? 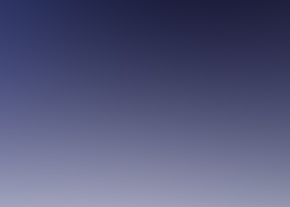 Astronomers suspect that ISON is a “dynamically new” comet; this is its first trip to the Inner Solar System, having originated and perhaps stayed in the distant Oort Cloud before this new journey began. And so, the leveling off of brightness might be because ISON has never been exposed to the intense light and heat of the sun before at close range. Thus, a thin coat of material vaporized and stopped the brightening.
ISON faces a perilous journey from where it is now and might not survive. It is approaching the “frost line” — the distance from the sun at which an object’s water begins boiling off into space. It will cross the frost line, which lies about 230 million to 280 million miles from the sun, within the next few weeks, scientists say. When this happens, frozen water locked within the comet’s 3-mile-wide nucleus should begin to sublimate, going from a solid to a gaseous state, blasting out jets of gas and dust, and so placing the comet back on a brightening trend.
What will ISON look like when it zooms by at its closest point to Earth on (U.S.) Thanksgiving Day (November 28th)?
ISON could have completely disintegrated if it is no brighter than 13th magnitude by the end of August; it could evaporate as it goes toward or as it rounds, the sun. As well as the extreme heat, the sun’s mighty gravitational force could well tear ISON part.
Sungrazer Comet du Toit completely disappeared on its way toward the sun in late December 1945. More recently, Comet Lovejoy survived its close encounter with the sun in December 2011, and put on a good show for the Southern Hemisphere. However, in vanished also in a few weeks.
However, if ISON is brighter than 13th magnitude, it might well remain intact as it sweeps past the sun. The nucleus, composed of ice, would not completely disintegrate but might split into several pieces.
A fracture would likely release a huge amount of dust which would create a sensational long tail for ISON. The Great Comet of 1882 and comet Ikeya-Seki in 1965, were like this and both fractured.
A few astronomers are predicting that ISON will be a dud and possibly will disintegrate before nearing Earth. However, some of the same astronomers have also stated that ISON has a 75% chance of being “as bright as the full moon at its perihelion.”
Why the contradiction? This is because the astronomers are not sure, either. We might be approaching a very special cosmic event when “The Comet of the Century” will create a second sun in our skies and be a revelation and inspiration for humankind!
Sign up to free newsletter Exo-Trekking from Diane!  [email protected]
Enjoy my brand new book, THE UFO AGENDA, SO…YOU WANT TO KNOW THE TRUTH?”
http://www.amazon.com/The-UFO-Agenda-ebook/dp/B00DUEPPJ4
Above is the Amazon link for purchase of my brand new book, THE UFO AGENDA, in Kindle or paperback. Here are two of the nine 5 star reviews of my book:
5 STARS:  “Outstanding book on the subject. I have purchased both the Kindle version and the paperback. I have spent hours reading thousands of UFO reports over the years to get an idea about what is going on. This author has more possibilities covered in the first third of the book than I was
aware of.”
5 STARS:  “I love this author’s work. I’ve always found the information informative, well written and knowledgeable. This book is no exception. I feel Diane has great insight into this subject and has dedicated her life to helping people understand this mystery and their own experiences. Well worth reading!”