UFODigest.com » Science » Evolution » Update: Is Our Reality within a Super Computer? 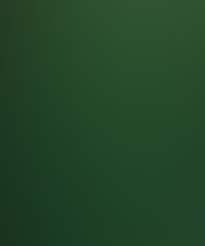 The idea that we exist inside a great computer which simulates our world and our universe, is repugnant to most of us. There are people who find it exciting and that is their right. However, investigating and searching to find the truth is what science should be all about, and it is no coincidence that spirituality is also about investigating and finding truth – even if it is only your truth. I suspect that there is a larger spiritual truth to which all individual paths lead.

Almost a year ago, I did an article on the basic premise offered by Nick Bostrom that we actually live in a computer simulation. https://www.ufodigest.com/article/are-we-living-super-computer-simulation-aliens-beings  New research is being done on this theory and I would like to offer an update.

Scientists are conducting experiments to discover whether the universe exists within a simulation created by super-computers of the future. Are future humans running a super-computer in which we, their apparent ancestors, dwell?

I need to explain here that this supposed super-computer could be run by alien intelligences beyond our present knowledge. However, in this article I would like to take the approach that humans of the future will continue to advance rapidly in computer and related technical knowledge, stopping at no spiritual or ethical boundaries. And so, in a few hundreds of years (or scores of years, or thousands of years), we will design a computer which brings virtual reality into reality itself for those living within.

The current experiments are being conducted by University of Washington. I stress that they are not trying to design this super-computer in order that it exist, but simply to discover the truth of our existence. However, are they creating the foundation for that super-computer which they now seek to discover? At any rate, they are investigating whether we are merely pawns in some kind of larger computer game.

“The current understanding of string theory indicates that there are 10,500 universes with different laws that determine the behavior of particles within them. So it is certainly true, that with enough computer resources, theorists would like to explore these universes,” he adds. 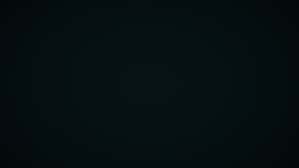 Super-computer simulation of the unknown universe

Explaining how the experiment works, physicists claim that finite computer resources mean that space/time is not continuous but set on a grid with a finite volume, designed to create maximum energy subatomic particles. The direction these particles flow will depend on how they are ordered on the grid. They will be looking at the distribution of the highest energy cosmic rays in order to detect patterns that could suggest that universe is the creation of some futuristic computer technology.

Particles on a grid? Are we talking about the pixels of a computer?

If it does turns out that we are mere players in some sort of computer program, they suggest that there may be a way to mess with the program and play with the minds of our creators. “One could imagine trying to figure out how to manipulate the code, communicate with the code with questions that appear weird to consider today,” he said.

How about re-programming the simulation like James Kirk did at Star Fleet Academy with the Kobayashi Maru simulation?

(Ah, return to reality, Diane):  But goodness, are we in a computer simulation of this universe we know and love so well?  Some very smart people feel this is the only answer to a number of stubborn questions which don’t make sense with any other answer for the universe. Are the extreme distances involved, from star to star and from galaxy to galaxy, truly impossible? That is, yes, all of the universe is there just like this typing is there on my monitor and your monitor, but it is not “solid typing” as with our old Selectric typewriters on 3 dimensional paper.

Could it be that the reason so many Earth species are becoming extinct, often suffering from an immune deficiency disease which crosses almost all species, is that our “Earth simulation” has a computer virus and is unraveling? Malfunctioning? Could this be the reason for so many things going wrong, from the structure of society to the melting Arctic ice? Yes, it might sound ridiculous, but stop to consider what we have done as of 2012 with computer simulations and technical advancements connected to computers and quantum computers. Yes, quantum super-computers do exist and are busy working away. 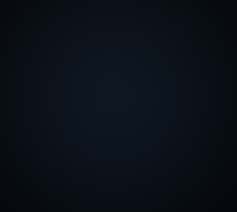 Do you ever have a glitch in reality? Perhaps déjà vu or a premonition, or just a “funny moment” wherein an anomaly occurs which simply cannot happen? Perhaps the glitch is in the programming of your simulated reality.

A super-computer which has created an entire universe, also explains the presence of UFOs and aliens who appear but cannot be caught, rather like Angry Birds computer game. I delve into this possibility in my first article.

If we live in a computer simulation, it also means there is no death; the research being done on a morphic field of consciousness outside our own head which stretches into the universe, also could work in with this super-computer simulation theory. Obviously the implications are huge regarding the course of human history and well, everything. In a sense, this is the Theory of Everything for which scientists search. 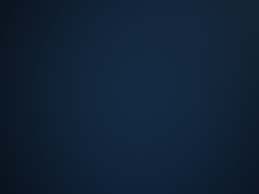 This is all really far-out and I do not personally believe it to be absolutely true but it does have very enticing clues as to the possibility that it could be true. Maybe I just don’t want it to be true.

One thing is certain, Time magazine stated that it is not a prediction that humans will be enhanced with computer links by 2035, it is fact.

Once this link occurs, computer involvement will seem even more enticing to what is left of the human within. What would stop future humans from creating a super-computer simulation of the universe as soon as it could be done? (Nothing would stop them/us).

But wait! Are future humans actually free beings while we, their ancestors, are computer simulations?

So it is what it is, and we might as well not go around worrying about it.

Still, we do search for the truth of our existence. Could this be it?