UFODigest.com » Aliens and UFOs » US Generals Who Made Public Admissions About UFOs: PART II 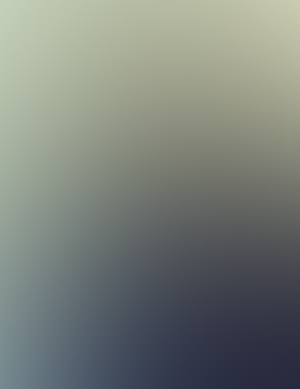 In trying to establish the truth behind the long controversy of UFO reality one cannot logically assess the evidence without acknowledging the long list of impressive American commanders who have disclosed what they know. These statements have been quoted and well documented by newspapers. These are not fabrications used to support a false agenda. These statements constitute the conscientious attempt on the part of men responsible for the lives of literally millions, who are allowing us a precious insight into a mystery that compels us to investigate further. These prolific military leaders are sharing the product of their extensive resources and allowing us the privilege of forbidden knowledge.

Operation Mainbrace eclipsed by someone else

In 1952 NATO the largest peace time ever naval exercises were conducted in the north Atlantic. General Ike Eisenhower was present aboard one of the many ships that participated in the joint maneuvers that stretched across many thousands of square miles. Several sightings of UFO’s were documented during this joint training exercise. According to accounts given by personnel present at the time. Eisenhower was notified of a sighting and was roused from his sleep to come up to the bridge in order to review the details of the sighting. General Eisenhower was reportedly intensely involved in evaluating the circumstances as well as the description of the airborne object identified in the sighting. He reportedly drank coffee and lingered on the bridge in his pajamas after being acutely awakened and then rushed to his proper station at the bridge so he could keep informed on the latest developments of the sighting though many more were reported by other crews and officers. General Eisenhower kept a lid on the incident according to sources.

Like Hoyt Vandenberg, Admiral Roscoe Hillenkoeter, was a former director of the CIA. Having had a distinguished career in naval operations during World War II, the admiral was poised to receive any pertinent data that affected national security.

In 1960 in an interview he gave the New York Times, Admiral Hillenkoeter stated:

“Behind the scenes, high-ranking Air Force officers are soberly concerned about UFOs. But through official secrecy and ridicule, many citizens are led to believe the unknown flying objects are nonsense.”

Admiral Hillenkoeter became a member of the board of governors for the infamous NICAP    ( National Investigations Committee on Aerial Phenomena) which was dedicated to investigating UFO’s and ending government secrecy on the subject. He served from 1956 to 1962. According to Donald Keyhoe he was dedicated to releasing highly classified UFO data to the public in order to inform people of the truth.

In 1965 General Benjamin Chidlaw made a shocking admission in a public statement that resonates to this day, and confirms the suspicions of many historians who have archived many UFO incidents on behalf of US military records. In his statement the general stated that UFO pursuits were taken very seriously and that many men and aircraft had been lost as a result. General Chidlaw pointed out that 18,662 accidents had occurred as a result of aerial pursuits of UFO’s over the continental United States. The Air Defense Commander further commented that from 1952 to 1956 one US jet fighter per every reported UFO had been lost, a ratio of 1 to 1.

General Curtis LeMay can be described under many labels anywhere from being a brilliant military mind and tactician to being a bloodthirsty war monger whose favored approach to war involving massive bombings led to collateral casualties and the death of innocent civilians. Having excelled in many operations, General LeMay exhibited the qualities of the greatest of leaders. The legendary creation of Strategic Air Command owed its development to LeMay. His philosophy was to conduct war quickly using the sufficient force needed to end it as soon as possible with the intention of winning to eliminate as many unnecessary deaths as possible.

In a 1965 biography about Curtis LeMay written by McKinnlay Cantor, the author asked for his opinion on the subject of UFO’s. The general was quite candid: “ However, we had a number of reports from reputable people (well-educated, serious-minded folks – scientists and flyers) who surely saw something“.

“There is no question about it: these were things which we could not tie in with any natural phenomena known to our investigators. ” And repeat again: there were some cases we could not explain. Never could.”

Barry Goldwater, had tried to gain access into Wright Patterson AFB to see the infamous Hangar 18 where bodies of UFO aliens had been supposedly stored and preserved under refrigeration. After he had contacted General LeMay about entering Wright Patterson, LeMay supposedly cussed out Goldwater and threatened him never to mention the subject again.

US general engages in the release of the Roswell alien artifacts

According to author, Colonel Phillip J. Corso retired, his immediate superior, General Arthur Trudeau, was instrumental in resurrecting the long hidden Roswell artifacts (wreckage) from their hiding place within a Pentagon basement. In his book “The Day After Roswell” General Trudeau then encouraged Colonel Corso to introduce components of the Roswell debris to defense contractors for technical analysis that would yield major breakthroughs in fiber optics, lasers, silicon chips, electro magnetic propulsion, and wireless pilot to aircraft control systems in years to come. Without making a public statement on his views, General Trudeau helped quietly advance the state of the art in military and civilian applications through his secretive direction.

The very best of the best verification of their existence

There have been numerous other lesser officers in various branches of the armed services that have made official public statements relating to UFO’s, but none have had the rank or caliber that the above mentioned legends in the American military can boast. These men played definitive roles in the backbone and future of national security and defense. Their views and the exposure of what true role our armed services played in their mission to protect US air space as well as their action toward UFO’s build an impressive case on the existence of flying saucers. For once we admit that UFO’s exist then we can deal more realistically with who they might be and what their intentions are.