UFODigest.com » Aliens and UFOs » Who Created the Grey Aliens?

Who Created the Grey Aliens?

The Title is a Question Posed by One of our Website Readers….

When you use the term “grey alien”, I assume you are referring to a group of beings which have been described not only a being a grayish color but also generally, short with large wrap around eyes. There are a number of these types of beings. Some might be grey but there are a variety of sizes, eye shapes and colors. From my experience, they are the same color that humans are and their eyes, although a noticeably larger than humans, are generally round and humanoid. I refer to these beings in my writings as “surrogates”!

Surrogates are beings that were designed, engineered and built by another group of advanced beings I refer to as “the immortals”. The immortals are humans from another age in our earth’s history where science had discovered a technology called “other dimensional technology”. In order to understand what happened then, we can look at our own society today. Our own contemporary society, stand at the doorstep of other dimensional technology. Granted, we are still a few years off from discovery but when it happens, science will discover how to increase longevity of life. In so doing, science will know that there is a path to immortality. However, it won’t be the common man that will be afforded this new technology; it will be there only for the powerful and wealthy… the elite of our society. This new technology will be so profound that it will allow a few people to control the many.

This elite group of scientists and dignitaries will need the common man though because in order to sustain their longevity, they will need raw materials such as gold and other precious minerals… and they will need those who can do the work that the immortals feel are either too dangerous or beneath their dignity to do. In the past, when society was going through this cycle, it was humans that were used to do this work. However, when you allow those considered second class citizens access to advanced technology, it is just a matter of time before they use their knowledge against their overseers. 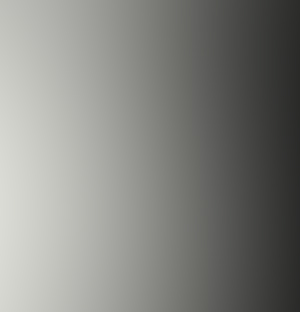 Good luck in your journey….

For further reading on this subject, please read the following articles herein…

Advanced Being Aliens, Our Brothers and Sisters of Past Advanced Societies

The Differences between Divine Beings, Advanced Beings and Us

IN THE TIME OF CAIN, THE ORIGINS OF KINGSHIP

IN THE TIME OF ABRAHAM AND LOT

J.S. Thompson is a retired senior government official with a graduate degree from the University of Texas.  The subjects of his composition are:  Advanced and divine beings, aliens and UFOs, the physics of how the universal machine functions, advanced and divine technology, science and theory, the dynamics of a healthy economy and prudent government, as well as, all things mystical! His sincere intent and goal is “Universal Unity” and attempts with his writings… to inspire and to inject a philosophy which asks those that read them, to consider Eternal Life; not by primitive religion or beliefs but by God given logic that is inherent in each and every one of us.

Most recent posts by arissasbel