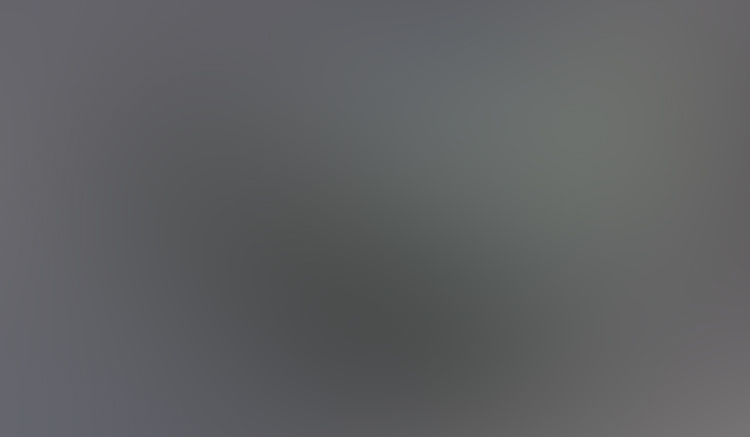 Attending my first Crash Retrieval Conference master minded by Ryan and Robert Woods in Las Vegas was an incredible experience. Their approach was bold and refreshing and most UFO speakers were compelling. Ryan Woods had a funny and easy going style that relaxed some of the obvious tension around a controversial subject. A guest was there. A Russian expert on aeronautical history, the Cold War, and UFO’s served as one of many speakers to take the podium.

Once he began talking about the interconnected aerodynamic technologies of the USSR and the USA from World War II forward, his heavily accented presentation was not only informative but charming. He pointed out that Russia had its own version of such American test pilot heroes as Chuck Yeager and Scott Cross. He commented that Russia had been paranoid of the technical superiority of the US after the war, stating that the Russian arsenal had nothing to answer to the long range capability of the B-29 bomber or the Mustang P-51 escort fighter, who he admitted, could have flown right over Moscow unchallenged. He then made a reference to the most feared American general by the Russians, as he put it, “your General Curtis “Bombs Away” Le May.”

A Feared US General

As the incredible and destructive genius of Le May had been the architect of incendiary bombing raids over Tokyo that had caused firestorms the likes of which had never been seen before by mankind, his critics spoke. Yet, just as America had Alan Shepherd and John Glen, Mercury Program astronauts, it was still actually Russian hero Yuri Gagarin, who would be the first man,a Russian Cosmonaut, to orbit the earth. Whereas many liberals have attested that had the US lost World War II, most certainly General Curtis Le May would have been tried as a war criminal one cannot  always link the past and present . This is a distortion of reality and history as Le May believed that the quickest and most expedient way to mercifully end a war was to hit the enemy as fast and hard as possible to invoke surrender, just as Rommel did, and just as Patton and British General Montgomery concurred with, though “Monty” was not quite as competent as his Allied counterparts.

Most assuredly in anticipation of all the radical reinvention of history that many military masterminds forced into the service of their countries would face trial for atrocities against mankind. Yet, we cannot reconstruct the final outcome of history, only learn from what happened and keep from repeating it though human memory is tragically short lived as the lives of victims in the path of conquering armies.

An unfortunate and little dwelled upon chapter of the UFO phenomenon is the fate and obscurity of Soviet test pilots forced to fly Russian military aircraft prototypes that were often unwieldy and dangerous as High Command cared not about pilot safety so much as keeping pace with the Americans at any cost. So too were German pilots in the latter stages of World War II who were often blown up in mid-air as liquid  50 weight peroxide ignited when combined with water alcohol as the ME-163 Komet rocket planes were hurriedly tested to put up a defense against masses of Allied war planes as they mercilessly bombed the “Fatherland”.

America in the midst of a UFO flap

In 1949, America was already experiencing a wave of disturbing flying saucer sightings that were being investigated by the newly formed US Air Force as well as J. Edgar Hoover’s FBI. In Russia at that time it is not known exactly how many UFO sightings were being documented if not suppressed by the Soviet government under strongman Stalin. It is known that Soviet spies had already penetrated the Roswell incident according to Philip J. Corso, author of “The Day After Roswell” and had stolen America’s hydrogen bomb secrets, but we know little of the UFO situation in Russia at that time.

Timothy Goode authored an exhaustive and admirable effort in the form of a breakthrough book he wrote by the name of “Above Top Secret” his work puts him alongside such greats as Donald Keyhoe and Leonard Stringfield in sheer volume of investigative efforts. In that book is the very unfortunate account of one Soviet test pilot who encountered a very bizarre aerial enigma during the course of two of his test flights that may very well have cost him his life in the course of the impatient and inhumane attitude of Russian leadership toward those they considered to be expendable!

At the end of World War II as the conflict drew to an end the out of work ranks of pilots and officers desperately searched for work, and fool heartedly signed up for any treacherous project that Soviet High Command could dream up. The Russian leadership was more than happy to haphazardly utilize their human resource to the best and worst possible effect as new designs rushed from the drawing board of Russian design bureaus to the airstrip proved crude and unpredictable as Yak, Mig, Ilyushin, and Tupolev along with others fielded bombers and new generation near super-sonic performance.

One might recall that during the Korean War, much celebrated test pilot, Chuck Yeager, put a captured Mig-15 fighter aircraft through its paces in a brutal Monsoon rain, nearly crashing it as he pushed the jet fighter to the edge of its envelope. His evaluation was essential as America fielded its only answer, the F-86 jet fighter reportedly enjoying a 14 to 1 kill ratio against its opponents over the skies of Mig Alley in North Korea.

Chuck Yeager admits oppression over UFO’s I personally know one of Yeager’s cousins, who told me that Yeager confided in his family that whenever he saw a UFO during the course of his many test flights would use a code word when getting permission to chase the unknown enigma and test its capabilities against the many X-planes he had flown. Now Brigadier General retired Chuck Yeager admitted publicly that if a pilot reported UFO’s he could expect to have an unpromoted and short military career.

The year is 1949 when Russian test pilot, Apraksin, flies over the Volga River and in the vicinity of the city known as Saratov. He may very well have been flying one of the Mikoyan prototypes that would lead to the feared MIG -15 that out flew US P-80’s, the Navy Phantom 1, and Navy F9F Panthers which were carrier launched fighters which though excellent aircraft could not compete in a dog fight with the venerable MIG-15. Until the entry of the F-86 the US simply had no answer for the high performance Russian jet fighter.

Apraksin was performing a series of maneuvers to test the flight integrity of his plane. Why he was not flying with a chase plane as US pilots were accustomed to, exemplifies the humanitarian difference that existed then between the US and Russia and who human life was more important to, at least then as opposed to today as America enters into a new era under its present radical leadership.

Apraksin, a former World War II pilot who had flown many missions against his German counterparts in the desperate air to air confrontations with the ME-109 Messerschmitt and Focke Wolf 190 was about to enter new and uncharted territory when he spotted a UFO in the skies over his homeland. The object initially appeared cone shaped and was clearly unconventional in its configuration as he attempted to get closer.

Then something unsettling occurred as his aircraft got closer. The pilot described an unusual display of earth shaking proportions as the aerial intruder suddenly blossomed into a round shape that emitted blinding intermittent flashes of light as it rotated on its axis like fan blades! The pilot was stunned by this display as not only his eyesight but his instrument panel were affected. He began losing power and as he also became mesmerized by the visual part of his experience he was losing control of his aircraft! Apraksin grabbed the stick and rudders and veered away from the bizarre object as he began blacking out!

Somehow, the embattled test pilot managed to land the test bed but something was deathly wrong with him. Once he had successfully struggled to land his plane without crashing it, he was hospitalized. It took weeks for him to overcome the effects of what he had encountered in Soviet air space. His superiors impatiently awaited his recovery as the push for Russian aircraft development continued to take precedent over the safety of young Russian aviators. Many of them crashed and burned as the design bureaus had only slide rules and wind tunnels to test their hastily put together prototypes.

Apraksin, who was urged to recuperate as quickly as possible or some young enthusiastic cadet would take his place, suited up, and once again climbed into the cockpit of his experimental fighter plane. He taxied down the runway as the flight tower gave him permission to take off into the crisp and cold air of the Russian spring. Apraksin adjusted his controls, checked his instruments, and reported his heading to the Russian air controller as he climbed to altitude. His aircraft seemed to be flying just fine as he soared into the blue skies of the chilly upper altitudes and test his pressurized cock pit and oxygen gear. His helmet fit okay, his oxygen mask fit well enough, and everything seemed at nominal levels when it happened again!

Oh no, not again!

Apraksin experienced the same weird unknown aerial encounter as last time just weeks before! His curiosity turned to horror as his control tower asked him what was happening over his radio, but he was already losing electrical power again! Now the configuration of his bizarre airborne counterpart transformed into a familiar and terrifying shape as it, once again, left him entranced and stricken with flight sickness or a disability! Once again he made a valiant effort to turn away from the unknown intruder to regain power, and again landed on the verge of losing control and crashing!

Little is known about what happened to Apraksin after that. With the brutal attitude of Russian leadership he easily could have been imprisoned or shot. There are no further records of this unfortunate Russian test pilot. We know nothing else concerning his fate.

His experience seems to be corroborated by an F-4 Phantom pilot ordered to intercept an unknown object over Iran in 1976. As the pilot approached the unknown aerial light in the sky trying to arm his air to air Sidewinder missiles, the pilot’s instrumentation failed. Without power the pilot was forced to turn away from his aerial adversary which allowed him to regain control. When the pilot re-engaged the UFO once again he lost control until he made a 180 degree turn away from the “bogey” that had violated Iranian air space. The incident was reported to US armed forces and defense contractors, but no explanation was ever arrived at. They too had stumbled upon what Russian test pilot, Apraksin had endured some 27 years earlier.

Until next time as the dark fog lifts and we are finally able to see the full moon again. I will bring another tale from the unknown to your attention.