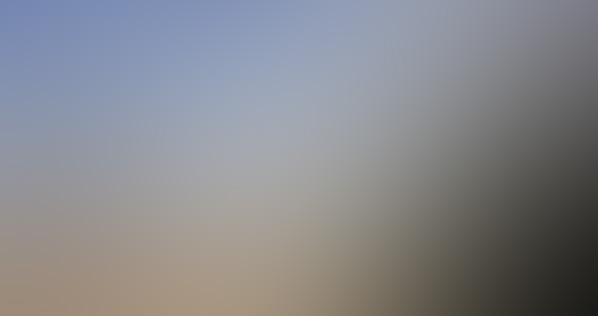 1960 was a year of hope for the US Air Force. Following the volatile UFO sightings and multiple engagements between US pilots of jet interceptors and the mysterious aerial phenomena, the Pentagon wished it would all just go away. Former Director of Project Bluebook, retired Captain Edward J. Ruppelt had been forced to renege on his position on UFO’s he had revealed in his 1956 book, “The Report on UFO’s”. In it, he had exposed the utter chaos that had existed within the ranks of armed forces leadership in dealing with the elusive mystery that had confounded their efforts. By 1960, an iron fisted new policy had been introduced by the Pentagon to forcefully deny and ridicule all witnesses who dared make detailed reports on their close encounters.

Betrayal of a patriot

Captain Ruppelt, now retired and working for a well-known defense contractor under pressure from the USAF, retracted his position in his 1956 book, and was forced to deny it in a second book that he was ordered to publish. Edward J. Ruppelt died of a heart attack at age 50 not long after being forced to publish that book. According to Donald Keyhoe, Col. USMC retired and famous UFO writer, friends closest to Ruppelt felt that he had been so deeply hurt by the Air Force’s efforts to pressure him and question his integrity that this contributed to his sudden death. According to Ryan Wood, co-founder of the Las Vega UFO Crash Retrieval Conferences, Ruppelt’s death was far from an ordinary occurrence according to actuarial tables used by insurance companies to assess health liability. His death represented one of many such unusual spikes in untimely deaths that seem to plague the UFO community.

The persistence of the unknown

However, with all their efforts, the Pentagon could not suppress UFO reports or the appearance of unknown airborne objects that refused to go away just because the powers that be wanted them to. In 1960 civilian astronomers first reported odd telescope observations of unknown objects high above the earth’s atmosphere that were not celestial in nature and did not orbit or burn up in the upper atmosphere as asteroids and meteors would have. These objects remained stationary 90 miles above the earth. The information was discreetly passed onto defense contractors who used their advanced detection equipment to maintain a secret and constant surveillance upon these paradoxical manifestations from elsewhere in the universe.

Most capable air defense in the world

In 1960 Strategic Air Command was in the firm grip of its creator, General Curtis Le May. There was no orbital satellite network such as was operated by NORAD some years later.  The USAF did maintain Aerospace Defense Command which utilized early generations of missiles as an orbital shield against possible aggressors. This now obsolete unit was the precursor to NORAD. Naval missile destroyers, land based installations, and armed aircraft comprised this early incarnation of space and aero defense. 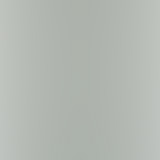 On several occasions according to Donald Keyhoe in his 1973 book, “Aliens in Space” a tense surveillance was focused on high altitude unidentified objects that defied normal meteor behavior and were huge in dimension. As these objects began hovering directly above sensitive US military installations, fighter jets were scrambled. This did little good as the jet interceptor pilots could do little more than helplessly circle below the unknown crafts as they drifted at orbital height far beyond the range of their human driven machines. These venerable jet interceptors within the arsenal of SAC were the F-106 Delta Dart, a nuclear stand-off capability fighter that was equipped with the Genie nuclear tipped wing mounted missile.

Other fighter jets prevalent in 1960, who had met UFO’s on their terms many times in the past decade were the F-86 Sabre, F 101 Voodoo, F-94C Starfire,  F-100 Super Sabre, F-89 Scorpion, and the F-84 Thunderjet these were the backbone fighter interceptor aircraft of Strategic Air Command, and often engaged unknown aerial phenomenon with sometimes deadly results. Intentions were high as SAC along with several defense contractors used powerful targeting radars focused to high altitudes to try and analyze their unusual airborne opponents.

As high ranking military officers lied to American TV audiences that UFO’s represented no threat or were the product of fabrication, strong regulations were instigated to even prevent units within the USAF and other ranks of the armed services from filing documented reports within military channels. Project Bluebook would now be reduced to no more than a public relations department in comparison to the serious investigative unit it had been when Captain Edward Ruppelt had been at the helm in the early 1950’s.

All these efforts to debunk UFO reports failed as the persistent phenomena continued to haunt the greatest defensively equipped nation in the world. Constantly reminding mankind of his obsolete weaponry and ineffective attempts at pursuit, these large UFO’s continued to maintain fixed positions in space beyond the reach of surface to air missiles (SAMS) as NASA, the USAF, and the US Navy devised the precursor of the modern “Star Wars” orbital defense system that President Ronald Reagan would later champion. The secretive program was known as Project “Saint”. If no extraterrestrial threat existed according to the authorities, why was a classified project underway designed to intercept unknown orbital threats as early as 1960? According to both Donald Keyhoe and Phillip J. Corso, apparently a real enough threat did indeed exist.

If you would like more information about Donald Keyhoe’s book simply click on the following AMAZON.COM link: Aliens from Space: The Real Story of Unidentified Flying Objects