UFODigest.com » Aliens and UFOs » A 1957 SIGHTING THAT READS LIKE A SCIENCE FICTION ADVENTURE 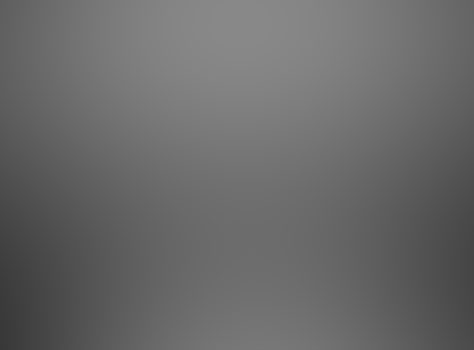 The year is 1957. There have already been a succession of UFO flaps that have been occurring through-out the US since 1947. The Korean War has finally ended and war nerves are thankfully over by now. Captain Edward Ruppelt has long ago asked for reassignment and left the US Air Force after his tenure as Director of Project Blue Book, and Air Force investigations have once again descended into the depths of denial and repudiation. Although the United States is now in an unprecedented era of post war prosperity that will last for another few years to come.

The prevailing atmosphere of an era

American industry has reasserted itself as an undeniable economic power in the world and Americans are enjoying better salaries and more time for leisure. The classic chromed American cars of Detroit adorn the highways. A new generation of American sports cars are now fueling profitable sales in Ford and Chevrolet showrooms. Car buyers now drive the Thunderbird and Corvette Stingray to take their dates out in. Young kids are enjoying the Mickey Mouse Club or Romper Room on the new TV sets their fathers have been able to afford as their stay at home mothers keep the house in order and the laundry fresh.

As a cold war goes on uneventfully between the US and the Soviet Union and President Dwight Eisenhower keeps America on a steady course, but all things are not as they seem. As high school kids enjoy malts and hamburgers at the numerous soda shops that line the main streets of America, something unknown lingers menacingly in the skies. Something just beyond the spectrum of generally accepted knowledge lurks on the edge of town and at the twilight of man’s science and dreams. It is a mystery that stubbornly continues to raise its unwelcome head above the distant horizon of fiction and fact, and it simply will not go away.

From the dusty deserts of west Texas in Levelland to the air space over Carswell, AFB in Ft. Worth, Texas UFO’s were being tracked by radar, sensitive reconnaissance aircraft such as the RB-47, and sheriff’s departments across the southwest. As relative normality seeming to settle over America economically and in terms of world conflict that US armed forces were not compelled to engage in, the strange and unusual was moving in from the skies overhead particularly at night. As the news media documented UFO reports with small newspaper articles relegated to the back pages of most publications, an undeniable concentration of worldwide flying saucer activity was in a definite increase in at least three continents and 2 different hemispheres.

As the US armed forces deal with UFO activity over the continental US other regions on the globe are in a frantic contest with the weird and threatening presence of unknown aerial activity in South America. October 15, 1957 Antonio Villas Boas of Brazil became the first reported human abductee aboard a UFO having had a sexual encounter with a humanoid entity induced by a type of transdermal ointment that aliens applied to his arm. In Britain on May 20, 1957 Lieutenant Milton Torres flying out of Manston Royal Air Force Base was ordered to intercept a UFO in his F-86D. It seems in the absence of war or economic strife that flying saucers were making an effort to create their own kind of turmoil.

However, in all of this most of the sleepy rural communities of the US remained the ideal environment for many kids to grow up in and enjoy the virtues of the creeks and woods that gave them such memorable playgrounds that would mark some of the last vestiges of a changing world that would give American children less and less of such blissful recreation. In years to come the infringement of electronic entertainment would over shadow the joys of this kind of upbringing, but for now the unknown was at work.

Setting for a mystery

Near Yonkers, New York a child of 1957 could still find that idealic childhood that made growing up with nature a very wholesome and positive experience to enrich the future of a growing adult who would always have such memories to look back on through the course of their lives. Yet, on one strange unsettling evening something that seemed more like a science fiction movie than everyday life ocurred. As though the perfect backdrop for a film crew had just been set up for a bizarre episode from a B movie with robots and creatures from another planet Yonkers had become a stage for something just as unreal and just as disturbing.

The cloak of darkness had just set in upon a neighborhood nestled against a lush field of green and dense woods that formed the landscape for an inexplicable incident that would make an indelible impression in the minds of all involved. As a young man gazed outside his window he watched an intensely bright object like a shooting star descend from the starry sky, and apparently land just behind a hill behind his parent’s house. Having not gotten ready for bed yet on that early evening, the child ran out of his room excitedly telling his mother that he had seen something come down behind the backyard. Before his mother could find out more the front door had already slammed shut as he ran into the cool night and wondered just exactly where the shooting star had come down.

As the boy made his way out of his home and into the street and he headed for the woodlands behind his neighborhood he got the attention of an off-duty National Guardsman who lived nearby. The two ventured into the woody hillside located from behind this last street on the backside of this quiet neighborhood that had suddenly been visited by the unknown. The evening seemed normal enough as both made their way through a field that butted up to his parent’s backyard and extended toward a gently rolling hill. The night seemed calm enough after the brilliant display. Their first concern was that a plane crash might have occurred, so out of curiosity both of them were propelled toward where the boy thought the mysterious object might have impacted.

Another neighbor joined in and tagged along from the rear as the excited young man overcame any misgivings he might have had and plunged along through the darkness toward an odd anecdote in the recollections of his life. Finally they arrived at where the anxious young man thought he would find the crash landing zone of the shooting star or whatever it was. As they approached breathing heavily under the quiet of the darkness a glow from behind an outline of trees seem to be emitted from beyond their vantage point as though something bright was still hidden by a line of tall trees.

However that wasn’t what caught their intention as both the boy and the off-duty National Guardsman made a weird discovery. Peering upwards into the branches of a low tree a pair of burning eyes glared at them from above. Being familiar with the outdoors especially at night, the young man knew the difference between an owl, raccoon, or other nocturnal animals that are active when the sun goes down. Whatever this was happened to have little i common with small wild anmals! When the neighbor who had tagged along produced a flashlight they carefully switched it on when a hissing noise became audible. That distracted all of them as the sudden noise had them momentarily confused. As the neighbor pointed his flashlight beam in the direction of the glowing red eyes they were all struck by a disturbing odor. The pale flashlight beam failed to shed any definite identification of what they had seen as whatever it had been had moved further into dense foliage.

With suddenness all three began to feel dizzy and sick. They immediately felt repulsed from further investigation. The glowing aura that shown from behind the line of trees no longer intrigued them as they were now overcome by something they could not understand. Whatever it was, they were now sickened and pre-occupied with the urgency to leave and get away from the foul smell that had besieged them. They quickly vacated their once non-threatening surroundings and headed back to the street and dim street lamps that beckoned them to safety as they wrestled with their sudden affliction. Could this have been intentionally emitted nerve gas? it seems that their symptoms pointed to it.

After the police arrived a report was taken. The officers inspected the area but did not find the red eyed creature that had gazed down upon the boy and his two adult the two neighbors who had accompanied him in the darkness. In this age of doctors who still made house calls, a physician dropped by to physically examine those there who had been partially overcome by some unknown gaseous agent. Everyone seemed as though they were not under serious health risk. The gathering of curious onlookers quickly dispersed and the strange encounter was momentarily forgotten as the people retired for the evening.

Somehow the US Air force allegedly made an investigation. Project Blue Book was no longer the serious investigative agency it had once been under former Director Captain Edward Ruppelt. After the 1953 Robertson Panel convened the decision to reduce Project Blue Book to a mere public relations effort. The once objective and serious evaluation of what had really happened had been abandoned since the new prerogative of Project Blue Book was to deny and ridicule. An official explanation was quickly manufactured in order to discourage any undue interest by the American public.

The glowing red eyed creature clearly observed by three witnesses was explained away as a garden variety little wild animal such as an opossum or wildcat. The sudden hissing noise and resulting sickness of all there was explained away as a gas leak. While the intense glow of a downed aerial object that was being emitted from behind the tree line was just a normal meteorological phenomenon! No further elaboration! The fact that all these events converged at the same time made the incident seem that much more believable and inexplicable according to the official report. Great work, huh?

Unaware of the growing resentment

In his book, “The Report on UFO’s” in 1956, Captain Edward Ruppelt reported that when he had been invited to a meeting at a Washington DC coffee shop he was exposed to the anger of experienced pilots that had been ridiculed and discouraged by Project Grudge. The Air Force officers staff assigned to the job had an agenda to shut down witnesses testimony and intimidate people from filing reports. Ruppelt said that he felt like a set of bowling pins being continually set up and knocked down by bowling balls as each veteran pilot now flying for a major airline vented their anger at the Air Force for questioning their integrity over reporting UFO’s. Captain Ruppelt had not realized how much animosity had resulted from the Air Force’s past treatment of sincere witnesses who had dared come forward and give their accounts, much less aviators who risked their professional reputation in order to share their sightings with authorities. This was the prevailing attitude of officialdom toward those making an honest effort to dispel the dismissal of UFO reports as being the product of hoaxes or mentally unstable people. To the contrary, many people who did have the courage to risk ridicule in their report of what they had seen was a strong indication of character and responsible conduct. However, this was the prevailing climate that existed in 1957 an America we will never see again.