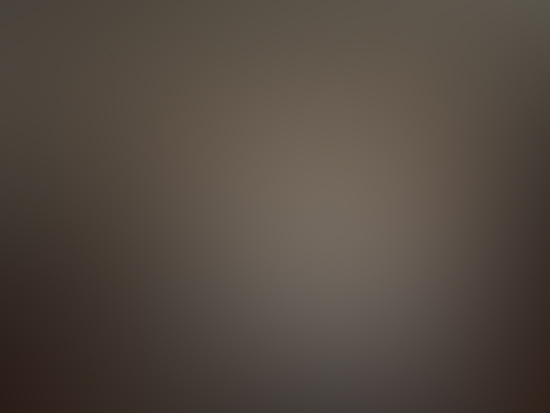 Today we have an investigation in Stockton, it appears to be a cursed home, a Roman Catholic blessing of the home will be conducted and if the occupant feels she has an attachment, she will be receiving a full submersion Baptist baptism, which is a basic form of exorcism. A baptism will immediately get rid of any attachment.

INITIAL REPORT:
Date to be there: December 6, 2014, Saturday / Time to be there: 1900 Hours. Contact Person: Martha / Address to be at: Stockton, CA
Activity: Martha believes that her mother through witchcraft or dark magic has cursed her home. Strong negative energy resonates through home, the dog sees things that are not there. House cleansing, baptism required. Alaceo ‘Big Al’ Rosatano will be at our house at 5:30pm and will ride with Deanna and I, to Stockton. After the investigation, Deanna, Big Al and I will stop at Mark Bales home – Stockton for a late dinner. He is serving us soda, De Vinci’s Delicatessen & Catering – Fettuccini Alfredo and Pesto Linguini. Also invited to this late night dinner is his friend Raymond.

Deanna Jaxine Stinson and I, while preparing for this day finished up our errands. We placed Hi-Pee and Princess Hannah in the car and off we went to Safeway, Fed Ex, Color Me Mine, US Post Office at Longleaf and then walked the dogs at Longleaf area, where there is a nice park where ground squirrels have taken the park over. Deanna did a nice jog, while the dogs had a fantastic run. Deanna’s I-Pod broke and she is bummed out about that. A big errand was raking all the leaves from in front of the house and hosing them down the storm drain. Now with errands done and taking care of the dogs, we are finally ready for our investigation.

Before the investigation, my two sensitives felt all kinds of emotions before entering this home. Rod felt extreme sadness that almost brought him to tears. He felt terrible things have happened to the occupant and that terrible things happened in the neighborhood. Deanna felt extreme anger that overcame her and she was about ready to stay at home and not go to this investigation. Deanna felt overwhelmed with emotions from being mad to being sad to feeling anxious.

Big Al rode with us to Stockton. The occupant named Martha tells us that she feels the house is cursed. From what I am hearing from her story, it seems like Santeria may have been the culprit.

SANTERIA AS EXPLAINED BY WIKIPEDIA:
Santería is a system of beliefs that merges the Yoruba mythology brought to the New World by Yoruba slaves with Christianity and Indigenous American traditions. The slaves carried with them various religious customs, including a trance and divination system for communicating with their ancestors and deities, animal sacrifice, and sacred drumming and dance.

Upon its arrival in the Americas, this religious tradition evolved into what we now recognize as Santería.

The colonial period from the standpoint of African slaves may be defined as a time of perseverance. Their world quickly changed. Tribal kings and their families, politicians, business and community leaders all were enslaved and taken to a foreign region of the world. Religious leaders, their relatives and their followers were now slaves. Colonial laws criminalized their religion. They were forced to become baptized and worship a god their ancestors had not known who was surrounded by a pantheon of saints. The early concerns during this period seem to have necessitated a need for individual survival under harsh plantation conditions. A sense of hope was sustaining the internal essence of what today is called Santería, a misnomer (and former pejorative) for the indigenous religion of the Lukumi people of Nigeria. In the heart of their homeland, they had a complex political and social order. They were a sedentary hoe farming cultural group with specialized labor. Their religion, based on the worship of nature, was renamed and documented by their masters. Santería, a pejorative term that characterizes deviant Catholic forms of worshiping saints, has become a common name for the religion. The term santero(a) is used to describe a priest or priestess replacing the traditional term Olorisha as an extension of the deities. The orishas became known as the saints in image of the Catholic pantheon.

SOME THANK YOUS BEFORE WE MOVE ON WITH THE STORY:
Before I move on, I have many thank yous going out to my investigators and to the occupant. The Christmas spirit is upon us – Deanna received an hawk feather, sage and abalone shell from Richard Rivas; Big Al gave Deanna a box of Whitman’s Sampler chocolates; Big Al dropped $20.00 cash into my pocket for gas and paid for my dinner, his dinner and Deanna’s dinner at A&W on I-5 and Laguna Blvd before the investigation. Deanna gave Victoria a black shirt with see-through angel wings on the back, Martha supplies the investigators with soda. Of course, like I mentioned before Mark Bales has a ‘after-the-investigation’ dinner waiting for us.

FIRST INVESTIGATIVE SESSION BRIEFING:
Richard & Deanna captured a lot of orbs outside, but the orbs did not show any intelligent movement. Rod captures orb movement in a succession of photos, the orb is moving from left to right. We capture an EVP and it was 3 words, unintelligible. Rod captures what looks like a vortex photo.

Deanna Says:
When I went out back with Paul and Al and Lucky we tried to capture an e.v.p. The questions that Paul asked were “What are you scared about?” and it sounded like a male voice replied “I’m scared.” It is a beautiful night with the full moon outside and skies that are only a little cloudy. It is a quiet night, so we can hear the voice fairly clear except for Lucky is trying to get all of our attention by barking.

CONCLUSION:
We gave Martha a full submersion baptism. I was assisted by Deanna. Martha feels she may have an attachment, so it was necessary that she receive a baptism. I conducted a Roman Catholic blessing of the home and Deanna followed behind me with saging of the house. We also gave a full submersion baptism for one of our investigators, because this investigator feels he may have an attachment. The investigator feels better after the baptism. The occupant Martha feels better after the baptism and the house cleansing, she was very grateful for our assistance in this paranormal matter. Special Note: I had to give Deanna a full submersion baptism when I got home, she felt negative energy around her. Victoria Autumn saw many pins, needles in the mother’s former bedroom and did some researching and this represents destruction. Again, this could be Santeria. Please see Deanna’s video on this, as Victoria explains her discovery.

While driving around Stockton, we noticed 2 dead dogs on the side of the road and many dogs roaming the street. I learned later from Raymond that Stockton does not have animal control any longer and the dogs go wherever they want, scrounging for food. It’s a sad pitiful sight to see.

Special Note: After Deanna received her baptism – she utilized the blessed water to give Princess Hannah and Hi-Pee a flea bath. There is nothing better for our dogs than to get a flea bath in blessed water.