Richard Rivas has a family that lives on acres of farmland in Galt. Richard’s family is being harassed by UFO activity. UFOs on a constant basis are flying the night skies over this family’s home. To make matters worse, the occupants of these UFOs have been in their farm fields. These occupants are what most people consider as ‘Greys’. The Greys have been sighted on the family’s fences, in the fields walking around their landed UFO craft. The sightings continue and Richard wants answers. There has been a long history of UFO sightings in Galt. What makes Galt so interesting to extraterrestrials?

The Sacramento Bee and the San Francisco Call reported the first sighting of the flap on November 18, 1896. Witnesses reported a light moving slowly over Sacramento on the evening of November 17 at an estimated 1,000 foot elevation. Some witnesses said they could see a dark shape behind the light. A witness named R. L. Lowery reported that he heard a voice from the craft issuing commands to increase elevation in order to avoid hitting a church steeple.

Lowery added “in what was no doubt meant as a wink to the reader” that he believed the apparent captain to be referring to the tower of a local brewery, as there were no churches nearby. Lowery further described the craft as being powered by two men exerting themselves on bicycle pedals. Above the pedaling men seemed to be a passenger compartment, which lay under the main body of the dirigible. A light was mounted on the front end of the airship. Some witnesses reported the sound of singing as the craft passed overhead.

SPECIAL NOTE: Sacramento is very near Galt and as you continue into this article, you will discover that Galt had their own UFO encounter. An encounter in which the witnesses were ALMOST abducted. Read on!

The November 19, 1896 edition of the Stockton, California Daily Mail featured one of the earliest accounts of an alleged alien craft sighting. Colonel H. G. Shaw claimed that while driving his buggy through the countryside near Stockton (actually he was in the town of Galt – near Peltier Bridge) he came across what appeared to be a landed spacecraft. Shaw described it as having a metallic surface which was completely featureless apart from a rudder, and pointed ends. He estimated a diameter of 25 feet and said the vessel was around 150 feet in total length. Three slender, 7-foot-tall (2.1 m), apparent extraterrestrials were said to approach from the craft while “emitting a strange warbling noise.” The beings reportedly examined Shaw’s buggy and then tried to physically force him to accompany them back to the airship. The aliens were said to give up after realizing they lacked the physical strength to force Shaw onto the ship. They supposedly fled back to their ship, which lifted off the ground and sped out of sight. Shaw believed that the beings were Martians sent to kidnap an earthling for unknowable but potentially nefarious purposes.

This has been seen by some as an early attempt at alien abduction; it is apparently the first published account of explicitly extraterrestrial beings attempting to kidnap humans into their spacecraft.

The mystery light reappeared over Sacramento the evening of November 21. It was also seen over Folsom, San Francisco and Oakland later that same evening and was reportedly viewed by hundreds of witnesses.

MORE ON SHAW AND THE NEAR ABDUCTION IN GALT!

Over 60 years before alien abduction claims became mainstream, two people were nearly abducted in Lodi, California. Colonel H. G. Shaw, along with his friend Camille Spooner, had a close encounter with previously unknown entities, traveling with their UFO in 1896. Shaw was in charge of putting together an exhibition to be displayed at a Fair in Fresno. Shaw and friend were traveling by horse and carriage in route to Stockton, when their horse froze with fright.

To the two men’s shock, they saw the cause of the horse’s actions: three tall alien looking beings. They had small delicate hands at the end of their spindly arms. They had no hair on their heads, yet a soft, light fuzz over their bodies. Large eyes made their small mouths and ears appear even smaller. (Hmmmmm..sounds like Greys to me) The two eyewitnesses would later tell authorities that the beings had a “strange” type of beauty to them.

All of the beings carried with them a bag of some kind with a hose which they often stuck in their mouths, obviously to breath with. Although there was still some daytime left, the beings also carried with them egg-shaped lamps which glowed. This glow would later illuminate a waiting spaceship.

As the men watched the aliens, the beings were communicating with each other by a type of chant, and no English words were heard by Shaw and Spooner. The men would tell authorities that the aliens made an attempt to abduct them, but that the large difference in mass between the human and alien body thwarted the effort.

Soon, the three alien beings made a move toward a nearby bridge. (This would be Peltier Bridge) Using their other worldly lamps, the aliens lighted up the bridge, showing a nearby craft. The UFO was of a cigar shape, and it hovered quietly over the water. The beings seemed to be almost lighter than air, as they moved toward their craft. It seemed that the aliens would almost leave the ground as they walked on the earth.

The beings entered the hovering cigar UFO in a most unconventional way also. They sprung up from the ground and above their craft, and then floated down into the craft through an unseen entry. Soon, the object flew away. Shaw later told investigators that, in his opinion, the craft had come from Mars, a common theory for the time. This unusual case occurred on November 25, and was reported by Jenny Randles, in “Alien Contacts and Abductions.”

HERE IS ANOTHER REPORT FROM GALT!

GALT (CP) – A 15-year-old boy says he saw a flying saucer hover close to the ground for 40 minutes near here.

Ted Stephenson said Friday he was about 300 yards away from where the object touched down Tuesday in a gully four miles northeast of Galt.

He described the craft as round, about 35 feet in diameter and 10 or 12 feet high, and of a dull aluminum color.

Reporter Ray Frances of the Galt Reporter went with the boy to the spot Friday. Frances said he found what appeared to be huge footprints and a series of burned patches on the ground.

He said the several footprints were 17 or 18 inches long and that the yard-square burned spots were scattered over an area 20 feet across. 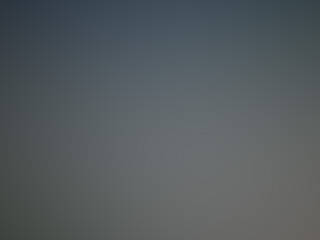 Are UFOs buzzing the town of Galt? There is a family in Galt that are witnessing sightings on a constant basis. The family members make claim that UFOs land in the open farm fields. The family claims that these UFOs are flying in the night skies of Galt and they have photos to prove it! You be the judge! Look at the photos here:

aka The Demon Warrior

My Bio Link at Ceri Clark’s All Destiny Magazine!