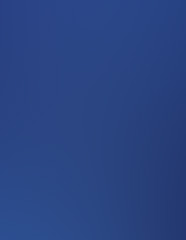 Comments: I love the way Sherry and Brad get this book going.

Right in the beginning, it reads: “if you believe that the modern era of UFOs began in 1947 with Kenneth Arnold’s famous sighting near Mount Rainier, Washington, you are sorely mistaken.”

This is such a true statement and sometimes I am completely amazed on how many people love UFO lore, but are so misguided with the facts. There are actual people out there, who believe the whole UFO phenomenon started with Kenneth Arnold’s sighting. I am so glad that there are researchers out there like Sherry and Brad who lay down the facts for the public to consume.

With this book, you will be sent on the straight path towards enlightment and truth. Some of the stories in this book are absolutely amazing and when you put all the clues together, the logic sets in. Like the triangle shaped UFO seen over Mount Rainier that resonates with an omni-directional sound. This means that you cannot distinguish where the sound is emanating from. Anyone involved with UFOlogy and have taken reports, will hear from witnesses that either the UFO did not make any noise or it had a sound that seemed to be coming from many directions at once. Reading several books on UFOs, there are not many books that pinpoint this odd phenomenon. Again, Sherry and Brad point out this phenomenon with earnest as they move on to other paranormal topics. So please sit back and learn about shape shifting UFOs or learn about how many people theorize that modern aircraft are designed or influenced by back-engineered extraterrestrial spacecraft.

Be fascinated with the concept that aliens can be coming from the other side of the universe or may be materializing from another dimension. There goes that Multiverse concept that now scientists have embraced. I used to always wonder if Gene Roddenberry – the creator of Star Trek was given pertinent information from aliens? His modern concepts were so futuristic and logical (as Mr. Spock would say), it only makes sense that aliens would have a prime directive, to let an alien species evolve on their own, without any interference. Sherry and Brad explore this. Could aliens be involved with accelerating our human evolution? Read the details in this book! Also in this attention grabbing book, you will read about Sky Critters, Shadow People, Inner Earth, Angels with a dash of Monsters!

Orbs are explored, what can they be? Could orbs be ball lightning? Since, I am so involved with paranormal investigating and 80 percent of my time is ghost hunting, I have pondered orbs to no end. Of course, orbs can be simply dust, skin flakes, dew, light refractions, lint, but if you can show that the orb has intelligent movement, then you can deem it as an SCT (Spiritual Containment Field). Most entities start off as an orb and then will manifest into a full body apparition. My mother’s vision of a baby saint, started off with an orb at the foot of her bed and manifested into a full child holding a basket of roses – with rose pedals falling to the floor. Sherry and Brad will enlighten you and I do utilize the word enlighten, because that is exactly what Sherry and Brad do with their readers – enlighten! They enlighten you with orbs being Devas or the Shining Ones. They remind you how Alinda – The Good Witch descended from an orb. I always wondered if Alinda inside the orb concept was implanted into the author’s mind, or is it engraved into our DNA or subconscious? I always wondered why Designer Orbs (orbs with intricate designs inside of them) seem to display human or animal faces? Again, are Designer Orbs actually SCFs? Then we learn that 30 percent of the populace have seen Wee Folks, such as fairies, elves, gnomes, etc.

This information is credited from the Steiger Questionnaire. So, you see, when I say you will be enlightened, this is one book out of many books from the Steiger residence that will ‘enlighten’ you! Real Encounters, Different Dimensions, and Otherworldly Beings is an eloquent and honest account of investigative knowledge that Sherry and Brad have collected to put this masterpiece together. Sherry and Brad are the strike team echelon of the paranormal front lines, in seeking out answers to the unanswerable. This book transcends ignorance and misinformation and brings forth the light on topics that are only whispered about in shadowy nooks and crannies. An invaluable, passion from the heart, and spiritual harvest of redemptive insights that will both excite and challenge the reader! Another standing ovation for the Steigers!