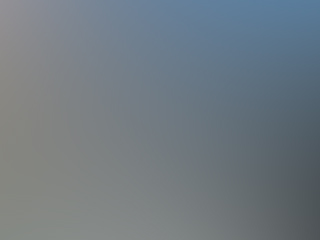 March 15, 2014, Saturday / Time to be there: 2pm. I received a total of 6 emails from citizens who have visited Bethel Island and claim to have witnessed paranormal activity. I received a very detailed email from a Kelsey Jarvis begging me to bring my team out there to investigate. The detailed email was written very well and I was going to incorporate his email into one of my articles. Guess what? I accidentally deleted his email, so Kelsey if you are reading this please send me that email again! We are going to Bethel Island! This scouting mission is dedicated to you! Where are we meeting? Island Joe’s Cafe and Bakery, 6210 Bethel Island Road, Bethel Island, CA 94511.

Scott is sort of a Bethel Island historian buff, he tells me about the Byron Hot Springs Hotel that has a reputation of being extremely haunted, which is only 15 minutes away from the Café where we all met at. The Bryon Hot Springs Hotel was once an internment camp and James Dean once stayed at this hotel. There is also the San Joaquin Yacht Club that has a reputation of being side-by-side with an Indian burial ground. 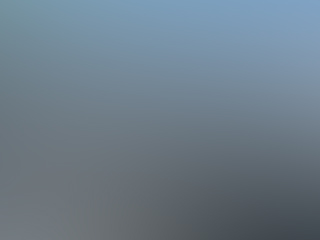 Scott Benedict’s home and large boat! Scott’s house was built in 1937. Scott has lived in this house for 12 years. The boat was built in 1944. Rachel says that when she first went on the boat, she felt a creepy vibe. On Rachel’s Ovillus, they picked up sea calls to Scott’s amazement. The boat has a dark history that dates back to World War II. A pedophile owned the boat and horrible atrocities occurred on this boat. Rachel did a Catholic blessing and a Cedar cleansing on this boat. This is one of the areas we will investigate. Team Under Pressure that consists of Deanna and Mark Bales will be investigating this area first. We are doing 30-minute investigative intervals. Team O’Sheas that consists of team members Rachel and Kathryn will investigate the 2nd floor of Scott’s home and the outside perimeters. Team Cougar which consists of A ’Marie and Kendall will investigate the first floor and outside perimeters. We will do 3 investigative intervals and all teams will switch places after 30 minutes. A mysterious thing happened on this boat, there was a loud explosion and when Scott investigated, there was no fire damage; in fact there was no damage at all on this boat. All of the electricity went off. Scott to this day is baffled by this strange occurrence. Thank you Scott for the diet Coke, bottled water and having us investigate your home and boat! Thank you to Rachel O’Shea – Case Manager for getting us this investigation! Just a side note, if you ever visit the café, try out their Denver omelette. Soooo good!

Deanna saw a shadow of a little boy. A ‘Marie felt symptoms that are similar to seasickness: acrid taste in the mouth, nausea, and pressure in her head. Some orb pictures taken, no EVPs yet.

The Ovillus is mentioning ‘elementals’ and the only elemental I know of in the Sacramento River is the ‘Wetlash’, a water elemental seen by a multitude of witnesses. This creature appears out of the water and has a distinct cone hat, eyes, mouth, nose and wears Puritan type of clothing.

Didn’t get too much, but that’s okay, it was a blast investigating this house and boat.

550 Riverview Place, Bethel Island, California – In the Heart of the California Delta – Our S.J.Y.C. – has a history to tell, It was a diesel powered freighter, and a restaurant as well. We gave it a new life, and kept it afloat. Now it’s a home to our members, to tie up their boats. We laugh and we play here, and our friends we hold dear. To all who enter, we bring you good cheer. Poem by Alberta M. Trowbridge Member since 1978.