UFODigest.com » Aliens and UFOs » A FRESH LOOK AT FLYING HUMANS AND HUMANOIDS 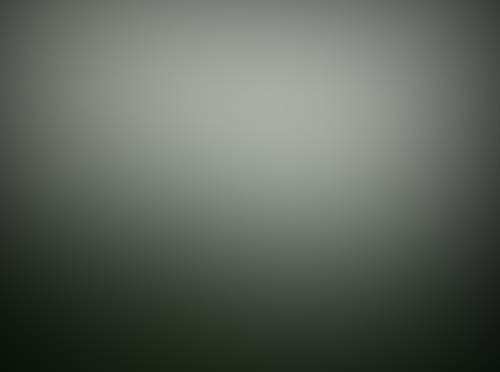 Publisher’s Note: I don’t know about you but flying humans or humanoids have always fascinated me. Do we have more Leonardo da Vinci’s designing flying wings or attaching balloons to leave terra firma or are these beings ancients from another time or occupants of UFOs or time machines. Enjoy Dirk

From the beginning of time, there have been reports of flying humanoids. Recently, Mexico had a string of sightings of large bloated floating humanoids. Some people believe that these so-called humanoids are no more than a group of balloons floating in the air, but if that is true, what is the account of a flying humanoid that landed near a police vehicle and the Mexican policeman that saw a close-up of this humanoid claimed it looked like an evil haggard witch that had a sinister glare. He was so scared he sped out of the area and never looked back. Below are various reports of flying humanoids. The humanoids below do not come from the minds of DC or Marvel Comics writers and artists; they come from real people like you and me. Read on!

Van Meter Creature. The town of Van Meter, Iowa became under siege on October 1903. We get reports of an entity that has massive membranous wings. It also has a beak and a glowing horn on its head that emits light. Witnesses say that this entity came from an opening of a Van Meter mine shaft. If you believe in the Hollow Earth theory, then you will understand that there is a possible world inside of our Earth. A world described to have crystal cities, flying discs and many strange humanoids. Admiral Byrd was the first one that made claim that he went into an opening in the Earth while in Antarctica and came upon a very strange reality. A reality in which a UFO captured his plane for a while and dragged his plane deeper into the abyss. It’s hard to understand how this great adventurer and explorer would fabricate such a story, unless it really did happen. It is also said that in the subterranean depths of Earth is where Bigfoot takes residence. Many local Indian legends and even the Sumerian Clay Tablets make reference of wild men or Bigfoot living in the deep caverns of our planet.

Valkyrie of Voltana. Voltana is a tiny village nestled in Spain’s remote and scenic Pyrenees Mountains. June 1905, there were several sightings that took place. The location was an epicenter for miraculous series of events. A woman robed in white, with long clinging draperies, has flown over the town of Voltana. When you have multiple witnesses, the story must have some kind of foundation of truth.

Arsenyev’s Flying Man: Military man Vladimir Klavdiyevich Arsenyev. In 1906 did some scientific expeditions into the mountainous Sikhote Alin region. His job was to map and document the unexplored, temperate wilderness to the best of his ability. You can say he was the forerunner for the likes of Google mapping. While on one of his expeditions, he came across a strange flying humanoid that had a distinct human shape and with that human shape came large bat wings. Another incident, the Ivanitzsky family found a small winged creature under their child’s bed. The Ivanitzsky family panicked, but they knew they had to get rid of the creature, so they finally managed to kill this abomination with household chemicals. The creature they saw had five foot leathery wings, three fingered claws, blue fur, and a flat primate like face with large eyes and lipless mouth. This all took place near and around Petersburg, Russia.

Angels of Mons. WWI. Aug 23 1914 British Expeditionary Forces hard push to the German frontlines. Regiment of angels assisted the British according to legend. Arthur Machen wrote a story about phantom archers that were lead by St. George and perhaps this story was confused with the British Expeditionary Forces and angel regiment story. Many scholars that have studied this case believe that this is the case.

Kazakhstan Flying Humanoid: In the town of Pavlodar, Kazakhstan a girl was strolling to school, she makes claim that she saw a medium sized man with black overalls and donning a matching helmet that obscured his face. Wearing an oval rucksack on its back, this flying humanoid emitted a low rumbling noise.

Britain’s Bat Winged Monkey Bird: Witness Jacki Hartley. Seen several times by Jacki and had the attributes of 3 animals, bat, bird and monkey. Was Jacki hallucinating or did she really see this creature? From all reports, she seems to be the only one that saw this creature. Could this creature be demonic in nature and was it merely an attachment that Jacki had?

Madison Birdman: Lisa Letanosky. June 2012. Madisonville, Tennessee. Lisa claims that this creature looked like a Pterodactyl. There were other witnesses to this event, which makes Lisa story appear credible.

Lechuza of Mexico. A bruja (witch) uses dark magic to transform into a birdlike monster. This legend has been around for a long time and when talking with the locals, they absolutely believe in this legend as the solid truth. Some locals believe that if you leave your child unattended that the Lechuza of Mexico will snatch your child and take it away to an unknown destination.

Gwrach-y-Rhibyn. Welsh folklore. Night Hag or Slobber Witch. Flies low over the water. Wears black flowing robes. When I traveled to Cardiff, Wales and sat and had a beer with some of the Welsh locals, they tell of this story with vigor, it’s a story that they actually believe to have some truth to it.

Owlman: Seen near the forest by the Mawnan Church. Nearby is ancient earthwork above the Helford River in Cornwall, adjacent to Falmouth Bay. Also seen is sea serpent known as Morgawr. The Owlman with the head of an owl, the body of a man and the wings of an owl has been seen by multiple witnesses. Some people make claim that if you witness the Owlman, that there will soon be a death in your family.