UFODigest.com » Aliens and UFOs » A Memorial Day Salute to those who died in connection with UFOs Part II 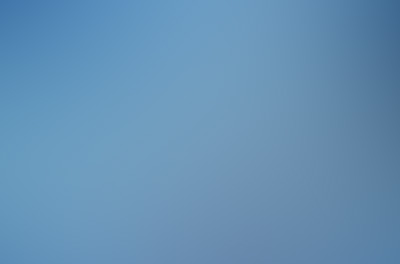 Is it fitting that we as Americans should set a side one day out of the year and our busy schedules to acknowledge our fallen heroes in uniform that died for the freedoms that you and I take for granted each and every day? It should also be noted that those brave men who perished in trying to unlock the UFO mystery also be recognized giving their ultimate sacrifice in the defense of American air space only to be intentionally forgotten.

In 1947 Admiral Robert E. Byrd’s Task Force 68 departed US Naval Shipyards and steamed south to the frigid waters of the Antarctic. A heavily armed fleet of I aircraft carrier, several warships, 2 submarines, 4700 personnel including Marine soldiers, C-130 cargo planes, and other specially equipped aircraft quietly departed US waters for the southernmost continent on the planet amidst fears that they would be involved in hostilities so close to the bitter end of World War II that had to be quelled by the US Navy.

A dangerous mission shrouded in secrecy

Under aegis of a peace time mission to establish ice stations and map the vast Antarctic continent, Admiral Byrd sailed for the icy waters of the southern hemisphere along with Admiral’s Cruzen and Nimitiz. Very early on upon their arrival things appeared to go progressively wrong.

One aircrew experienced tragedy when the aircraft caught fire in mid-flight burning two of the crew to death while still strapped into their seats. The two remaining pilots leaped from the stricken all weather plane to be almost lost and frozen to death on the Antarctic landscape. The ship’s commander nearly died in that incident. Accidents mounted, but when the reports were reviewed they appeared to be the after action assessments of battles being fought as more deaths and destruction of equipment occurred. Accounts of flying disks pounding the warships with some type of death rays came out of the Antarctic along with the withdrawal of Byrd’s forces. Task Force 68 was forced to retire 6 months ahead of schedule from its mission.

Upon his return to the US mainland and his scheduled debriefing, an adamant Robert E. Byrd confronted Congress with demands for a nuclear option targeted at Antarctica. He warned that flying disks could attack the US within hours of flying out of Antarctica at incredible speeds. It is said that the Admiral was visibly shaken as he pleaded for armament to combat the threat from the South Pole. Byrd never received the weapons he so passionately argued for. US aviators and Navy crews died in the frigid extremes for nothing more than a failed expedition that was covered up.

7 January 1948 a 26 year old pilot with an impressive combat record and hundreds of hours flight time becomes enveloped in an enduring mystery that to this day remains controversial. After responding to a request by Godman Air Field in Ft. Knox, Kentucky to investigate a brightly lit object in the afternoon sky, the young Captain ordered his formation of 4 P-51 Mustangs to climb to higher altitude and make visual contact. Vectored by a local radar officer at Godman flight tower, Mantell began a steep ascent in pursuit of an object he described as tremendous in size, metallic, and just above his position. One of his pilots dropped out of the chase claiming to be low on fuel.

Mantell’s flight was not equipped with pressurized cockpits so an ascent beyond 20,000 feet might have been risky. In conversation with his two remaining wingmen, the young Captain instructed his lieutenants to follow him to 20,000 feet where they would look for the unknown object for 10 minutes and then break off the pursuit. According to Lt. Albert Clemmons and Lt. Hammond, who was the only flyer in that Air National Guard C Flight who was equipped with oxygen but was almost out, Mantell’s climb was so rapid that he lost his two remaining wingmen in his enthusiasm to close on the unknown object. They reported climbing to 22,500 feet before leveling off.

The entire incident becomes ominous and clouded with conflicting testimony from this point on. At 3:50 pm Godman Airfield received a report that Mantell’s P-51 Mustang had crashed on a farm and that he had died in his aircraft. One witness reported that Mantell’s aircraft exploded in a steep dive and the wings were torn off in the uncontrolled descent. Another witness claimed that Mantell’s aircraft orbited the area and then almost disintegrated in a blast. Rescue crews pulled Mantell’s nearly decapitated body from the wreckage with his watch stopped at 3:18 pm that afternoon.

The US media immediately began speculation and rumors arose that the Air Force refused to allow any photographs which Captain Ed Ruppelt, first Director of Project Blue Book explained as normal in fatalities where next of kin remained to be notified. Allegations that Mantell’s wreckage gave off radioactive readings and was perforated with holes caused immediate concern and changed the whole complexion of UFO reporting in press coverage from that point on to reflect possible sinister motive. Had aggressive action been taken by the strange aerial object that had hovered over the air base?

It wasn’t until decades later in the early 1990’s that a former British intelligence officer who had been present at Godman Airfield during the Mantell tragedy that additional testimony came out. According to the officer who had gone to bed only to be hastily awakened and hustled out to the crash site in the wee hours of the morning, something was amiss. He stated that the crash investigation team puzzled over the condition of the aircraft which, if it had plunged in a powered dive from 30,000 feet should have been scattered all over the farm acreage, but instead was relatively intact. It appeared that the P-51 Mustang had belly flopped as opposed to being in a death spiral which was impossible. The fact that no trees had been cut down by the plunging Mustang was also of concern by the team of investigators, even though the farm land was full of them.

The condition of Mantell’s body was also in question. Every bone in his body had been pulverized to dust. A flight surgeon commented that this was absurdly abnormal for such a crash. It was becoming rapidly evident, according to the British officer that something completely mysterious was afoot.

The following morning, a special Air Force group arrived by staff car, headed over to the Godman Airfield headquarters, and ordered all correspondence and records pertaining to the Mantell incident to be handed over. The control tower officers and staff were debriefed, and ordered not to talk further about the incident. The investigation was now officially concluded. They left after confiscating all material related to the fatal crash. Another UFO incident had been suppressed by the campaign of official secrecy.

The US Air Force would later attribute Mantell’s tragic pursuit to the misidentification of a secret Navy launched Skyhook balloon even though witnesses who watched the UFO over Godman that afternoon described the object as a red fiery cone with a blue greenish haze around it while still other reports described a moon shaped glowing sphere. There were no specific balloon launches that Captain Ruppelt could find that would coincide with the date and location of Mantell’s ill-fated pursuit.

In the 1950’s there were dramatic air to air engagements as the US Armed forces desperately tried to force UFO’s to land or even encouraged aviators to ram a flying saucer if they could safely eject, according to Donald Keyhoe, who interviewed several Naval pilots willing to divulge the deadly truth. Many potentially deadly games of cat and mouse were being played high above in the icy altitudes of our air space as American generals gambled over trying to capture the advanced alien flying machines in order to achieve technical superiority over the Soviets in an ever intensifying “Cold War”.

The hidden price to be paid by the US military

Hundreds of inexplicable in flight air disasters occurred due to supposed pilot error or mechanical failures, but what didn’t make sense was that most of these crashes occurred with very experienced aviators at the helm with hundreds of combat hours logged during World War II. It became clear that a possible retribution for UFO crashes inadvertently caused by powerful targeting radars in New Mexico was now being exerted upon US military aircraft as unexplained crashes continued in alarming numbers.

According to former NASA scientist, Richard Haines, who coined the abbreviation UAP’s (Unidentified Aerial Phenomena) many crash reports were changed in an attempt to hide and conceal any incidents that could have been associated with flying saucers. So, chances are that many crashes that were due to interaction with UAP’s were altered to quell hysteria or undue alarm. Haines conducted re-evaluations of many known in-flight incidents to uncover the true causes of mysteriously unsolved crashes.

More deaths suffered in the pursuit of the UFO

1 July 1954 Walesville, New York becomes the scene of another UFO tragedy. A two man crew aboard an F-94 C interceptor climb out of Griffiss AFB and are vectored to investigate an unknown aerial object. The rear radar officer tracks the UFO on his onboard radar as being 6 miles ahead and above their position. As the F-94 approaches the gleaming bogey disaster strikes! The cockpit is suddenly flooded in a wall of suffocating heat and both aviators are forced to eject! As the two crewmen parachute to earth they are horrified to see the disabled aircraft plunging into the small town below! A family of 4 perishes as a result of the crash. According to Donald Keyhoe one of the pilots wants to explain to the stunned towns people how the crash happened, but is quickly whisked away by an Air Force staff car. Although no USAF personnel died in this tragedy, innocent civilians did.

In Part III of this article we shall explore more incredible events of lost lives and aircraft in the vicinity of UFO’s.