UFODigest.com » Aliens and UFOs » A Memorial Day salute to those who died in connection with UFOs 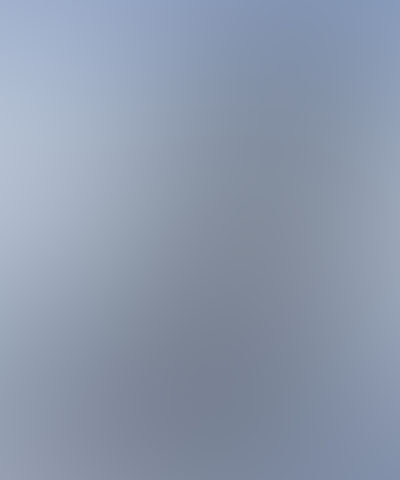 It has been six decades beginning in the Twentieth Century that mankind has been forced to admit that not only are we as an intelligent species not alone, but that we may very well have been eclipsed by our discovery of more advanced civilizations existing somewhere else. That realization has led to many developments aimed at protecting the myth that we are alone, that there are no other known intelligent  races on other planets, that we own superior technology, and that our sacredly held belief systems will not be challenged. These are the intended misconceptions designed to keep governments in power and control that all important information from the masses.

A dedication to those lost in the service to their country

As we observe Memorial Day let us stop just for a moment and acknowledge the ultimate sacrifice willingly surrendered by thousands of Americans in the defense of their country and the US Constitution so that all citizens of America could continue to enjoy the freedoms that are now under assault by the present administration in their unceremonious denial of our men and women in harm’s way. Just as real as those lives who have been given in honor of our respect for freedom have been the deaths of many Air Force and armed services aviators in pursuit of UFO’s for the purpose of protecting our air space. It would be hypocritical of me, or anyone else including our government to deny the role played by our young men flying the best fighter aircraft in the world, who have died in their attempts at intercepting the unknown as part of the defense of our nation and in the face of an unidentified intruder.

This article is dedicated to those men, flying at high altitudes, incredible speeds, and under dangerous rules of engagement who have given their lives in defending this nation and the liberties we as civilians have not been forced to sacrifice ourselves for. The pages of history have been induced to conveniently omit the contributions of these brave aviators who disappeared, crashed, or were gunned down in the pursuit of extraterrestrial machines from somewhere else who violated our air space and necessitated our defensive response. These men ordered to identify, contact, capture, or shoot down these enigmatic crafts from where we can only guess left behind loved ones who were lied to by their superiors when news of their deaths or disappearances were sent to the families. These forlorn family members were told only the official version of the events without being given a true account of the mysterious manner in which their beloved boys ended up missing forever in pursuit of an unknown menace by high command and an ambivalent government who cared only about maintaining secrecy!

This is a dark and ominous chapter in American history. It is a product of lies and fabrications. It is an example of what happens when fear and government denial interfere with the truth while men’s lives are mysteriously wasted in perpetuating a myth of human invincibility! In the face of unexplored boundaries and persistent secrecy lives are lost, the truth is denied, and loved ones are left in the wake of official suppression of the truth in grief and without solace. It is this government interference that has caused the emergence of a security state that has become well practiced in the compartmentalization of what really happened at the expense of lives and the exposure of the illusive facts surrounding the forbidden knowledge.

We can recreate certain events, we can guess with fairly certain accuracy about the suppressed past, and we can reconstruct actual events by discovery, but the mystery lives on as we chip away to unlocking the ultimate disclosure of a government sanctioned cover up that spans decades. The following incidents are backed by historic facts, circumstantial evidence, or recreations of suspected instances with reasonable cause as motive and past documented procedure.

The battle of LA sketchy evidence of losses

In 1942 only weeks after the Pearl Harbor sneak attack in the early morning hours on the coast of California nervous shore batteries went into action as a slow moving disk wandered over the southern region of the coastline and over Los Angeles. With lights out in anticipation of a Japanese invasion antiaircraft artillery began a murderous barrage upon an unknown aerial object that was impervious to the firepower unleashed upon it! After 1400 rounds of shells being expended, at least one man being killed by falling ordnance, and the entire southern California metropolitan area being alerted and sent into a panic, the intruder mysteriously withdrew and left stunned witnesses giving their accounts. The newspapers published an astonishing photograph of an unknown disk suspended in the search lights of antiaircraft gunnery crews who were bombarding it to no effect.

In his letter of explanation to President Roosevelt, Supreme Commander, George Marshall claimed that several aircraft of unknown origin had invoked the fury of aerial defenses by US armed forces, yet no aircraft had been shot down! However, this official correspondence with a US President is flawed. There was at least one reported crash of undetermined origin in the Hollywood Hills area. Speculation is that either an unknown flying saucer was shot down or a US warplane was downed either by friendly fire or hostile action by the aerial intruder. General Marshall only elaborated that elements of US airborne units had responded to the breach of US air space in the depth of that eerie night in 1942. Was the first casualty of a US airman or airmen unofficially recorded in the service of their country in correlation with an unknown flying disk?

Flight 19 the eternal mystery and loss of aircrews

1945, the infamous flight 19, 5 TBM Avengers and their crews take off from Naval Air Station Ft. Lauderdale, Florida on a routine training mission and are lost forever. According to official records of control tower communications the airmen were lost due to being unable to navigate properly within the foreboding confines of the infamous Bermuda Triangle. Yet, in a documentary hosted by Vincent Price and the re-enactment that included the testimony of one crewman who was supposed to have flown that day but was sick, the entire airbase was abuzz with rumors that the flight crews had been abducted by alien spacecraft! One version of the flight conversations between the lost aircrew and the air traffic controllers alleges that one transmission was as follows: The commander supposedly was quoted as saying, “don’t come after us. It looks like they’re from outer space!” This statement among others will always leave substantial room for doubt in the official version which announced that disorientation caused fatal navigational errors. The airman who was scheduled to fly that day suffering from guilt recalled that many military personnel were convinced that there was a sinister explanation to the disappearance of Flight 19 and it involved interplanetary space ships!

Lost that same day was a PBY Catalina with a crew of 12 men. Allegedly exploding in mid-air due to an aviation fuel vapor leak seems a bit far-fetched . An aircraft carrier in the vicinity did report the search plane disappearing off radar, but this does not substantiate the cause of the catastrophic aircraft loss. PBM 5 BuNo-59225 was lost without a trace just as Flight 19 was. Perhaps the correct question to these mysterious losses was not about accidents but had more to do with who or what had decided to aggressively suppress the presence of human flying machines within their immediate proximity as an act of repelling assumed hostile intentions of earthbound air vessels.

In the theater of war over the Pacific and Europe between 1940 and 1945 the appearance of a new and unsettling phenomenon emerged and caused concern among flight crews and intelligence analysts when “Foo Fighters” made their dramatic entrance in the war torn skies. It is impossible to determine just how many fliers could have fallen victim to these brightly lit unknown aerial objects that paced US bombers, fighter planes, and their Axis Forces counterparts who were convinced the Allies had concocted a here to fore undiscovered top secret development. With all the losses of aircraft shot down it is very possible that pilots lost their lives engaging “Foo Fighters” thinking they were indeed enemy aircraft. This possibility tends to buttressed by the establishment of the Interplanetary Phenomenon Unit by General Douglas MacArthur to investigate sightings that had unnerved many bomber crews over European skies as well as the Pacific Ocean during the island hopping campaign that was master minded by Admiral Chester Nimitz.

In a massive global conflict such as World War II there were many disappearances, questionable shoot downs, and unknown reasons for aircraft losses that can only be guessed at. We must assume that due to the events of the early and middle 1950’s coupled with military policy that there were lost lives and aircraft unaccounted for or simply not reported as they actually happened. The mist of time and government secrecy, make reconstruction of such events difficult if not impossible until such time as records surface.

21 June 1947 an incident that shall forever haunt the military records of the US Air Force predated such famous UFO incidents as Kenneth Arnold’s sighting of 9 unknown silvery objects over Mt. Rainier and the well-known Roswell UFO crash in the first days of July 1947. Fisherman Harold Dahl watched in amazement as 6 disk shaped objects hollow in the middle hovered above in the sky over Puget Sound. One object reportedly wobbled as if malfunctioning in mid-flight. The other five objects hovered around it until it began emitting a molten slag that rained over Dahl’s boat killing his dog and burning his son’s arm. The center object than exploded and suddenly all unknown crafts disappeared.

The US Air Force was dispatched to investigate the incident. Dahl and his buddy Fred Crisman gave samples of the slag for analysis to the two investigating intelligence officers who had flown in. Upon their departure from nearby Hamilton field an apparent in-flight malfunction caused the B-25 Mitchell Bomber they were headed back to McChord AFB to catch fire and crash. Although the flight crew safely parachuted out, the two investigators who had questioned the witnesses were killed. Lieutenant Frank Brown and Captain William Davidson went down with the B-25 and its strange substance of supposed alien origin. Kelso, Washington was the scene of the fatal aerial crash, and the end of the Air Force’s investigation into the Maury Island Mystery. Later efforts to locate the slag substance carried aboard the B-25 were unsuccessful. The loss of two Air Force officer’s lives was just one more testament to the treacherous nature of the UFO paradox and its erasure of the lives of the armed service personnel who unwittingly become victims of the perpetual enigma that defies logical explanation.

In Part II we will further explore the history of lost lives of our brave personnel of US forces who have fallen in the line of duty and in the realm of the unpredictable UFO.