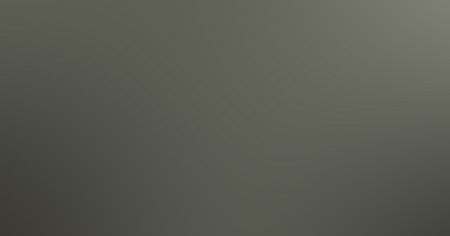 June 6, 1944, after weeks of rescheduled landing dates, inclimate storms at sea, and crucial counter intelligence misdirection, General Dwight Eisenhower has ordered the commencement of “Operation Overlord”, the largest naval armada and amphibious landing is history. Ending the bloody World War II conflict as soon a possible is of paramount importance as the Germans stall the allied forces as long as possible while inventing their radical new war technology hoping to turn the tide of the inevitable.

As the commanding officer of the combined Allied forces, General Eisenhower has been tasked with the seeming impossible role of coordinating the British forces, French liberation factions, US military might, and the Canadians in the most important military expeditionary invasion in the modern human era. If this attempt fails to succeed not only will the most significant concentration of Allied power be forced back into the sea, but hopes of shortening this global conflict will flicker out like a candle in the wind.

Intelligence sources know that the Germans have a feverish race against the clock underway to unleash the first nuclear device, and with the V-2 rocket already in use, they could capture the world given time. The northern thrust of combined British and American forces in Italy and the Mediterranean will not end the war in time so D-Day absolutely must succeed. In the skies over Germany the Me-262 (first operational fighter jet) is already deployed with devastating affect against the 8th Air Force’s B-17 bomber groups as they conduct their daylight raids. German fighter planes such as the Me-109 and the Fock Wulfe 190 are formidable enough and only the US P-51 Mustang is capable of fighting on even terms with them, but it is sheer numbers of brute force that are able to fend off the punishing defenses of the Reich land.

On  a 50 mile stretch of beaches along Normandy France code named “Omaha” “Sword” “Juno” “Gold” and “Utah” more then ten thousand men of the 160 thousand successfully landed will give their lives in dire combat as the landings  proceed under German fire. Young men, many no older than 18 and some even younger will be cut down by precision German machine guns and artillery as they attempt to breach barriers that have been under construction for years in anticipation of an impending invasion. The Dunkirk tragedy that had been deployed by combined British and French troops in 1940 had been flung back in its ill-fated attempt and had required an emergency rescue by the British civilian fishing fleets in order that 100 thousand soldiers not end up in the hands of the enemy.

The scope of the operation

Now paratroops hauled into the interior of France in the night skies by gliders and DC-3 transports were already creating havoc among German units and bravely conducting strikes against strategic targets despite confusion, crashes, and missed assignments. Some paratroopers were simply shot out of the skies as they descended by waiting German infantry. Yet, the uncoordinated waves of airborne troops manage to miraculously engage and capture many of their objectives under strength through sheer bravery. British Commandos and US airborne infantry effectively conduct operations despite the overwhelming odds against them.

The most crucial day of “Operation Overlord” is contingent upon delaying the arrival of Rommel’s Panzer Divisions if the Allied forces have a chance to establish a beach head and begin to facilitate the an endless supply depot that will be needed to fuel the expeditionary units as the casualties mount and the German counter attacks are launched to repel the invaders. General Dwight Eisenhower personally speaks to elite airborne troops who will be dropped over France just hours before the massive Allied Armada begins bombardment of the heavily fortified Nazi installations.

By the first day Allied forces have air superiority over Normandy, land 160 thousand men, and more than 900 military vehicles and artillery pieces are offloaded on beaches that were heavily contested just hours before. Of the most costly pieces of real estate wrestled away from the Nazi Army was Omaha beach where American forces were effectively stalled at the steel anti-tank barriers being endlessly strafed by machine guns from the pill boxes (concrete reinforced emplacements) that delivered merciless streams of interlocking fire. Wave after wave of advancing infantry were cut down while some even drowned weighed down by their heavy gear from eroding sands that has been washed out by recent storms.

Finally the use of Bangalore Torpedoes (elongated breach explosives) were used to blow holes in the German defensive walls allowing soldiers to advance through a deadly gauntlet of rifle and machine gun fire as the smoke of US Navy bombardments cloaked the air over the beaches. The fighting still raged, but the murderous perimeter defenses of the Nazis had finally been breached. Beyond, deadly hedgerow fighting began as the Allied foot soldiers and light tanks encountered dense foliage used by the Germans to deliver more casualties to the carefully advancing squads and companies that melted quickly through bloody attrition.

On Omaha beach where chaos and bloodshed halted the initial plans of the amphibious assault German 88 millimeter anti aircraft artillery was aimed downward from cliffs above at the landing craft and hapless infantry as they waded to shore or dived for cover under relentless German rifle, light machine gun, and heavy machine gun barrages that peppered the sands and the bodies of brave young men whose blood stained the waters like an imprint from hell! Only the heroics of individuals even commanders such as General Exxon, who stood and told his men they could die laying their behind the sea barriers or they could die like men advancing inland as he led a charge that inspired his troops.

What was it that allowed D-Day to succeed? Was it the hesitation of German command thinking that the main brunt of the invasion was still due at Pas de Calais? Was it the fact that Field Marshall Rommel had left the front to visit his wife for her birthday not anticipating the impending invasion? Had it been the fear of Hitler’s immediate staff not to wake him once he had retired under the influence of sleep drugs? Or, was it something entirely different?

In the wars to come US GI’s (general infantry) and their commanders would face an uncertain and frustrating fate that would await them. There was no doubt in the resolve of our leadership in World War II. Dwight Eisenhower made it quite clear that victory was the only acceptable outcome, that the US would not falter in its drive to liberate Europe and the world from the evil of the Axis powers. Yet, comparing that leadership of what many call, the greatest generation, who had endured the “Great Depression” and gone on to fight a global world war successfully, General Eisenhower showed the kind of bravery and fortitude rarely seen today in today’s politically correct environment.

In wars to come such as Korea, Vietnam, Iraq, and Afghanistan White House interference and cherry picking of ineffective targets causing our pilots to miss their objectives, ISIS to continue unimpeded on their current rampage, President Obama’s refusal to equip the Kurd tribes with much needed heavy weaponry, we have seen our military hamstrung by liberal blundering. Key experienced commanders have been forced to resign or retire under the Obama administration. Once Egypt ousted the Muslim Brotherhood military aid was withheld from our allie in the Middle East. Yet, our president saw fit to allow and assist Al Qaeda in overthrowing Libya and transforming a former allie into a safe harbor for several terrorist organizations who despise the US. Five terrorist generals are released in exchange for an American deserter, Bowe Bergdahl.

Ever since General Douglas Mac Arthur was forced to resign by President Harry Truman, in the midst of the Korean War, the US military has been hampered by a lack of resolve and leadership or it has been sacrificially forced to enter into foreign entanglements with questionable political motives and unclear alliances among warring factions who have little respect for freedom or government as we understand it. If we look objectively today at what the present White House is doing to American military capability it can only be summarized in one word- sabotage! The leadership of yesterday was bold and righteous in its wielding of the sword along with its purpose while our national security and foreign interests are compromised by a president and administration who are undermining America at every opportunity. So, let us remember and cherish the victory at D-Day as ever terrible as the cost ended up being because never again will we see such fearless leadership as was displayed on the 6th of June 1944.