UFODigest.com » Aliens and UFOs » A reminder about the strict UFO secrecy within the military 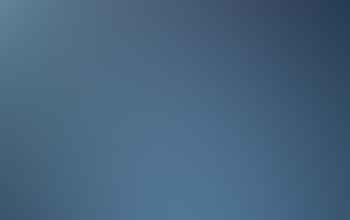 I attended the Crash Retrieval Conferences in Las Vega for a number of years. They were the brainchild of  Ryan Woods and his father Robert Woods, an aircraft engineer who worked for McDonald Douglas for 43 years. The father and son team together produced a brilliant documentary that was aired on the SyFy cable TV channel a few years back. One of the most informative films on UFO’s to come out in years, “The Secret” depicted an exceptional historic account of secret government operations in association with the UFO cover-up.

During the course of these presentations that began on an annual basis starting in 2004, amidst the appearances of some of finest personalities in the Ufology field such as Stanton Friedman and Jim Marrs, I was able to speak candidly to a number of  retired military intelligence officers who had attended the event out of their own curiosity. It proved a very informative experience. Despite the basic message behind the UFO Crash Retrieval Conferences which was that disclosure was inevitable and soon to come, I got a different signal from those I spoke with. From the many conversations I had with these former military officers, it didn’t seem at all that this was the case. Some individuals spoke of circumstances that arose decades before while others talked of fairly recent incidents, however the general consensus was that UFO secrecy was not about to change nor were policies that had been adhered to and dictated from high command going to crumble anytime soon.

An incident that reinforces the iron fisted policy of silence

Speaking to one particular retired officer who had served in the Army at the underground facility of Dugway Proving Grounds in Utah illustrated the long standing policy of denial and suppression of the forbidden knowledge. He related the following story to me. One would be astounded at the amount of paper work and data processing that is screened for any number of reasons within the military. Through a policy of compartmentalization (need to know basis), documents are filtered for appropriate forwarding and classification to be distributed to different commands, determination of intelligence sensitivity, and ultimately declassification once the information is deemed no longer of intelligence value. Sifting through thousands of memos and interdepartmental communications can be a staggering task, yet it is necessary for national security purposes.

In one incident, a document containing a reference to a UFO incident had been passed to the jurisdiction of another command and had not been properly filtered. The intelligence officer responsible for this leak was going to have to suffer the consequences of demotion for this slip up as it was his responsibility to omit either the incident described or the entire file if necessary. The former Army officer I spoke to said that his superior approached him with a proposition. Would he like to have the position that was going to be vacated, and accept the promotion to the newly appointed job?

Why turn down a promotion?

After carefully considering the offer, this retired Army intelligence officer told me that he decided to decline the offer. I was a bit surprised to hear his reaction to a promotion offer, but he explained why. Dugway is a highly classified intelligence center for the Army among other operations that are conducted there. The officer in question would have been in a tightly controlled environment that limited his access to only certain offices and hallways. These departments were patrolled and guarded by MP’s (military police). If he were to get pre-occupied during the course of his job some day and mistakenly trespass into the wrong office or hallway he could actually have been shot by an MP on guard in that particular area. This is how tight security arrangements were in this facility. The retired Army officer told me that he just did not want to risk his life unduly over such a mundane mishap nor did he want the responsibility of filtering out information that he felt should have been within the public domain. Even though he was a former intelligence officer who had taken an oath of secrecy, he was of the opinion that such suppression of the truth was simply not called for. I doubt his superiors would have agreed with him.

When I interview or speak with people who have been under such restrictions I am reminded how such tactics as denial, repudiation, and intimidation are still widely used in the course of government defense conduct. Especially when we are dealing with the unknown realm of the UFO, it is then we can certainly expect certain reactions as SOP (standard operation procedure) or maybe even a few surprises such as possible death threats. These disturbing practices within our deepest secretive sanctuaries die hard.