UFODigest.com » Aliens and UFOs » A Secret UFO War Is It Plausible or Out and Out Real? 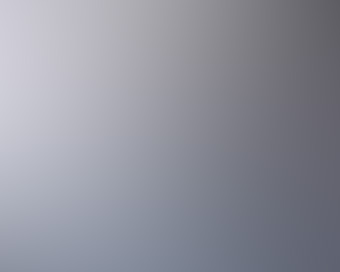 There have been early indicators as well as contemporary incidents that hint at an ominous development of global and interplanetary proportions that lead us on the trail of a secret war with UFO’s. There are numerous corroborative events that hint at massively deployed operations of military acts, losses of life, and witness testimony that lead us to an ultimately beyond the top secret status of interplanetary war from a hostile alien origin. Yet, so high on the spectrum of secret magnitude that very few are ever allowed an insight into such compartmentally controlled evidence. According to veterans who have given testimony, books written by credible sources, and documented incidents, it seems that some kind of hostility exists between two civilizations in which at least one of those factions appears to be virtually unaware that their planet is engaged in an ongoing conflict with another world. Those who appear to be unaware would be us. We can’t speak for the other side of the equation, only that it appears that hostilities, secret technology, and an intelligence black out seem to be effectively underway and operating as proposed.

Evidence of the unthinkable hard to deny

There is a historic timeline that tends to corroborate this seemingly far reaching mindset that seems to quite adequately justify a government wide deployment of national; assets on a need to know basis, with a global front against an alien aggressor or perhaps aggressors, who want something we have, or are struggling with the fact that even though they have superior technology they are not able to wrestle control of our planet or its resources away from us. Or, does it get even more foreboding than that? Are we actually locked in combat with a race that only has partial control, that they can abduct humans, mutilate cattle, cause certain types of infrastructure disruption, but can’t ultimately force us to their whim because, after all, we are not so helpless, we are very good at militarism for a primitive species, and they (the alien aggressors) would have to engage us on a much more committed form of warfare than they are prepared to sacrifice for.

Do we have the tools for effective global defense?

Not to mention the fact that we have already developed fairly sophisticated means of nuclear warfare with the delivery system to convey that deadly form of warfare against our enemies, defeating us would be no cake walk. Certainly they would know by our violent and bloody history that we are capable of using all types of weaponry available to us to the point of destroying our planet, or at the least, making it inhospitable or unprofitable to exploit this sphere after such destructive measures have been executed. Perhaps even our logic fails to make sense to them as well.  So, perhaps, at least in theory, we have established a possible Mexican standoff with these extraterrestrial invaders as I‘d like to describe them.

History that remains hidden from the books

Now, let us peer into recent technological history and look for indicators of a secret human alien conflict that has been isolated from general knowledge or at least from the mainstream news services and yet is being conducted on some scale of limited aggression or an unpredictable global scale of hostility in an intermittent fashion which would probably make more sense from a realistic economical standpoint. We can easily put ourselves in the place of hostile aliens and ask how could you possible deploy an expeditionary force on an interstellar or extra-solar level without great expense, time, and resources that would most likely dictate a different kind of strategic approach. Tactics that would probably be more sporadic instead of overpoweringly significant. Especially in the case of dealing with a more primitive species capable of destroying their own planet with mass weapons in the event that they perceived themselves as losing the war. In such case, deploying very destructive weapons would also necessitate respect and a contingent plan on the part of even a more technically advanced invader. And I think this is where the premise lies-limited warfare from great distances for the invaders.

1960 a year of bizarre circumstances

Three developments that occurred around 1960 seem to corroborate concerns on the part of the scientific community and the US military that a potential threat from space could be anticipated in the future. Perhaps, considering all the accounts of UFO pursuits crashes, disappearances, and alleged air to air engagements, that the evidence was already in on invaders from space so the appropriate measures were, in fact, being taken. Major Donald Kehoe USMC retired stated that as early as 1946 a US Air Force Lieutenant had prepared an intelligence estimate that theorized that an alien presence in the solar system already existed and that on at least one planet or one of its moons a base had been established. When Keyhoe released this information in one of his articles, the US Air Force denied the report saying that it did not represent the official view of that branch of service itself. One might ask just what evidence or reported activity had inspired this lieutenant to publish such a controversial intelligence estimate so far ahead of its time? Was the lieutenant in question, a comic book fan? I doubt it.

In 1960 Doctor Frank Drake published a now famous equation which estimated the likelihood of intelligent life in the universe to be up to a trillion worlds based upon an assumption of 1/10,000 of 1% of the known stars in the night sky. Based upon that premise, Dr. Drake created Project Ozma. Using a radio telescope, Drake and fellow scientists listened to the background noise generated by stars to see if any intelligent signals could be received. One ominous incident occurred in which the Project Ozma team reportedly got an intelligent signal, but it appeared to be a malevolent transmission. After decoding the meaning and weighing other considerations, one researcher suggested, “when ET calls simply hang up.” Why? His rationale was that if a more advanced civilization found that we were merely in our infancy as a technical society and could be traced by the origin of our radio telescope signals that we might end up becoming someone else’s easy conquest. The official explanation of the strange message from outer space was that Project Ozma had unwittingly received a transmission from a military spy satellite.

Who were they worried about?

In that same year of 1960 came the creation of a military orbital defense platform know as Project Saint. This was to be the forerunner of the Reagan era Star Wars orbital defense plan designed as the first missile shield using directed energy weapons or particle beams. Project Saint would identify any unknown object in orbit around the earth, maneuver into position with it, and destroy that object. Later programs more sophisticated were to come according to the late Philip J. Corso in his book, “The Day After Roswell”. What would have prompted NASA and the US Air Force to consider the launch of an orbital space defense program in priority over the first astronaut to orbit the earth?  They must have anticipated a grave threat.

Little known to most people and originated in 1960 came the US Army’s plan to establish and maintain a permanent base on the moon for the purpose of discouraging aliens on the moon’s surface or them establishing a facility on the moon. This plan predated the Apollo mission by 9 years. According to Philip J. Corso, UFO reports had become so numerous, the Army wanted to maintain a presence on the moon surface to observe such activity. It was called Project Horizon. Serious plans had been made to put at least three men in a pressurized structure for the purpose of reconnaissance. Officially the project was never approved although it was thought that the base would discourage alien aspirations for setting up such a base themselves, evidence today seems to indicate they had beat us to it.. With all the modern photos showing artifacts and structures on the lunar surface Chances are the Army astronauts would have had all they could handle.

If these three precursors to what we know now were actually undertaken, and we know they were, then we have circumstantial evidence that corroborates reports that President Eisenhower had an exchange with an extraterrestrial civilization perhaps as early as 1954 at Holloman AFB. We also have former Air Intelligence officer, Robert Dean, who testified that in 1964 he was cleared to participate in an ultra top secret program under joint agreement with NATO that knew definitely of UFO’s existence and has established contact with the intelligence behind them. Robert Dean’s allegations open a whole new aspect to actually what level we as a race were interacting with celestial intelligence and when such operations were underway.

Are we alone in the universe? That’s not the question anymore. Who are they, what are their intentions, or what is our place among the galactic order of civilizations, might be a more realistic answer. This information I extracted from a veteran’s information and resource website for ex-military of every branch of service to access anything from VA hospital treatment to psychological help for traumatic stress syndrome. It is curious that a FOIA site would carry extended length information such as what I’ve written.