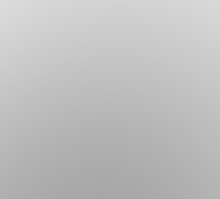 Admiral Richard E. Byrd was a colorful if not elusive figure when it came to his merits as not only an Antarctic explorer, but a high ranking US naval officer who participated in some highly classified maneuvers on the world’s ocean waters. Having been instrumental in raising awareness over the need for the US Navy to send a task force to the South Pole, Admiral Byrd was able to get Admiral Nimitz’s support for funding from the government as well as the allocation of a sizable force in order to assume command of such a mission. In all this, Admiral Byrd also steps into the shrouded veil of darkened territory we know as the UFO mystery when events surrounding him became highly questionable and indicative of human conflict with a hostile alien force in the furthest reaches of the frigid extremes of Antarctica.

History is never what it seems

Under the allegations of a continuing human conflict against the hostile intentions of another world, we must examine and read between the lines when looking at the official version written in the history books that raises more questions then it answers. We shall take a look at questionable circumstances that seem to indicate a much different set of circumstances than the mundane premises left for us to accept as the truth in light of grievous contradictions to the so-called conventional wisdom that, at times, insults our collective intelligence. Yet, even as we know today, government double speak many times is left to more than one interpretation when we apply critical thinking. Let us delve into an enigma that raised eyebrows from the start.

Bound for the unknown

Once Admiral Richard E. Byrd’s Task Force 68 had embarked on their frigid destination to the furthest point south of that hemisphere, questions were being asked. Why was a supposed peace time exploration fleet searching for minerals and mapping a little known continent, utilizing a curious accompaniment of warships, submarines, an aircraft carrier, warplanes, destroyers, and helicopters, not to mention combined personnel of 4,700 Naval and infantry personnel? Three groups were consolidated into the task force including a land base construction outfit to erect a base on the continent. There would also be three admirals, Chester Nimitz, Byrd, and Cruzen.

At the time the Task Force left the Naval shipyards of the US under orders from Secretary of the Navy, James Forrestal, the Roswell crash already occurred and had been explained away as a misidentified weather balloon thanks to General Ramey’s official explanation staged out of Carswell Army Airfield in Ft. Worth, Texas. Little did the American public know that this very issue would be addressed again once Byrd’s fleet reached the waters of the Antarctic Ocean.

A desperate demand for nuclear weapons

Let us first travel ahead in time to the hasty departure of Byrd’s task force from the Antarctic six months ahead of schedule under secret allegations of lost aircraft, fatalities, and hostile actions taken against flying disks equipped with destructive ray weapons. Once the admiral was debriefed by the War Department and US Naval intelligence, he appeared in front of a Congressional committee and testified that there was drastic cause to justify the use of atomic weapons against aggressors based on the Antarctic continent. Admiral Byrd pleaded with Congress to approve the use of the nuclear option in Antarctica. As a matter of fact, Richard E. Byrd was practically in a bitter rage as he demanded that this tactical approach would be the only way to combat a superior aerial threat that could be launched from Antarctic bases that had the range to strike America in hours!

It is understandable that an Antarctic expeditionary fleet would have to be equipped with a great number of specialized vessels such as sea plane tenders, C-130 transports fitted with skis for landing on ice, tankers, PBY search and rescue aircraft as well as for mapping large regions of frozen land. There would, no doubt, be the need for detachment of CB’s for the construction of a land base and temporary harbor for the deployment of men and material from the fleet ships. Yet, destroyers, an aircraft carrier “Philippine Sea”, specially fitted fighter aircraft, infantry men, and at least 2 submarines seemed more of an offensive battle group than an peace time exploration convoy. When Byrd’s fleet departed from US shores there was an uncharacteristic effort by the Navy to publicly allude to all intentions of a peaceful mission as if to quell public fears that a new war effort was now underway with all the American people had suffered through during World War II which had only ended 18 months earlier. 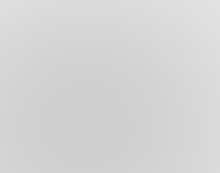 A series of aerial reconnaissance missions and mapping flights were deployed daily from flight decks of the Philippine Sea aircraft carrier. Admiral Byrd was on one such aerial sortie one day when he failed to report back. A frantic search was conducted when suddenly Admiral Byrd’s aircraft was sighted returning to base two hours behind ETA. Byrd and his crew gave a fantastic story of having found a huge underground entrance that housed a subterranean military base by the Germans. Byrd’s plane was allowed to enter and land in the fantastic facility. This is one of many amazing accounts given by witnesses.

Strange events began almost as soon as the task force landed off the coast of the Antarctica. Reports processed by the fleet as “accident” or “incident” reports, read more like the “after action” bulletins back channeled to high command after war time combat had taken place. In one such ambiguous report a sea plane caught fire, two passengers were burned to death while still strapped into their seats, and the aircraft crashed leaving two crewman to leap from the aircraft before impact into the frozen snow packed landscape below. This incident almost resulted in the loss of a ship’s commander.

Further described incidents seemed much too catastrophic for an exploration mission in view of the loss of life and down airplanes that could only be attributable to freak accidents and weather related mishaps. Project High Jump seemed as plagued with casualties as any war time mission could have expected which contradicted the very precepts of a peaceful mapping, resource identification, and establishment of weather related procedural initiatives originally outlined by Admiral Nimitz prior to their departure from the American mainland.

Aside from the trying to interpret the double talk of intentionally cleaned up reports, there were the unofficial accounts given by those who had heard by word of mouth from the personnel who had endured the dangers of that mysterious Antarctic mission. On one of the first nights in Antarctic waters a ship’s log describes an inexplicable aerial light in the night sky ascending at a 45 degree climb into the upper altitudes, self illuminating, and giving off a radar signature. This was an official report.

According to witness testimonies, there were battles that described aerial attacks from flying saucer type machines that battered the Naval surface ships with destructive, weaponized rays emitted from these crafts with devastating effects. It appears that Admiral Byrd’s fleet had a clandestine purpose and was prepared to do battle although it appears they suffered losses that became prohibitive as Admiral Cruzen, the Operations Commander of the task force ordered a withdrawal that cut short the return voyage of the fleet by six months. Personally, I think anytime a mission is actually terminated six months ahead of schedule, the Pentagon is going to want some answers. Apparently Admiral Byrd’s battered task force retired from their intended objectives for more than just weather related difficulties.

What was planned as an invasion of the Antarctic continent by Admiral Byrd’s task force, who could very well have been on a mission to find and destroy a secret surviving Nazi base turned out to be a failed expeditionary effort that cost American lives and material. Is it any wonder that Richard E, Byrd returned to the states and appeared in front a Congressional committee appealing for more weapons to go back and destroy whoever it was that had repulsed his fleet and ground operations, even if it came down to using tactical nukes?

Not only did Admiral Richard E. Byrd depart from the US mainland with 13 ships at his disposal, but according to sources he rendezvoused with British and Australian Naval warships to further reinforce his fleet on its way to the mysterious waters of the Antarctic, where death and destruction apparently awaited!

What corroborating events do we have on these fantastic allegations?

There were both outlandish public statements made by not only Admiral Byrd but Secretary of the Navy, James Forrestal. As a result, both men may definitely come into harm’s way as a result. One more than one occasion, Admiral Byrd made outrageous statements related to his mission that would have elicited a response from the powers that be who did not want to reveal the true nature of the Antarctic threat to American citizens. Quoted from a newspaper “El Mercurio” Byrd stated that although he did not want to unduly alarm the American people, but in the bitter reality of a new war upon the continental United States that flying objects could strike the nation from the South Pole at incredible speeds! This was not the first or the last time Admiral Byrd made such publicly astounding announcements.

During the 1955 Admiral Byrd was remanded to medical treatment and restricted to bed rest in order to keep any further statements from becoming public. Although he was given a new commission to accept the command of a new Antarctic expedition, he died in 1957. Some have theorized that Richard E. Byrd was murdered for not only what he knew but what he refused to remain silent about.

As for Secretary of the Navy, James Forrestal, it seems insanity and untimely death reached him even sooner than Admiral Byrd. It is said that James Forrestal had already been under considerable strain during the course of World War II, but that knowledge of the UFO crash at Roswell, New Mexico and the reports coming out of the Antarctic by the fatalities suffered over Admiral Byrd’s task force led to Forrestal’s nervous breakdown. In the John Keel’s Book “Operation Trojan Horse” the author exposes the irrational actions of James Forrestal supposedly running through the White House screaming “We’re being invaded by flying saucers!” This led to his confinement to Bethesda hospital under the aegis of psychiatric care. James Forrestal fell to his death from an upper story window shortly after. It appears that the unhinged Secretary of the Navy may very well have been conveniently liquidated to avert the intelligence leak he was obviously capable of. Such are the unfortunate casualties of UFO secrecy. They are alarmingly high and such unwitting players in this misty world of unanswered questions become increasingly expendable.

Even as we maintain ice stations on the Antarctic continent for such purposes as weather data recording, we are receiving unsettling reports of unusual aerial activity as well as unknown lights in the frigid night skies that go unexplained. It is unclear whether or not the sacrifices and deaths that occurred over the strange events in the South Pole have ever been rectified or accounted for. We only know of the unexplained tragedies that mark the boundary that exists between the world we take for granted and that eerie netherworld of unclear history that refuses to unlock the secrets that stare back at us like a reflection off the ice.