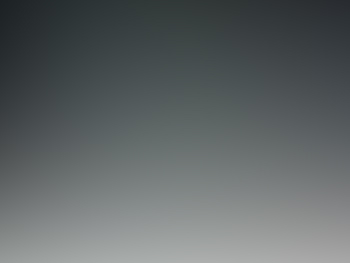 If you missed Part I of this article click here: https://www.ufodigest.com/article/ufo-paradigms-1221

Taylor continued: ‘‘The approach of both Vallée and Aubeck leads to an intelligent analysis of the sightings and their impact on human culture and beliefs, which is enlightening. For those who believe that UFOs have no place in the realm of psychical research – this book will show you how very wrong you are. UFOs are central to a whole tradition of transformative psychic experience throughout the ages. Highly recommended.”

Professor David Hufford concurred: “Their rigorously scientific insistence allows Vallee and Aubeck to retain the most challenging and interesting aspects of these events without the distraction of premature commitment to any particular interpretation. That, I believe, is true science: to follow the data wherever they lead and to move away from established theory when it fails to deal adequately with the data.” (Professor David Hufford, Penn State College of Medicine, Author, The Terror that Comes in the Night.)

English researcher Jenny Randles took a look at the question:  “Do we need the concept of aliens in the modern UFO pantheon or are these beings just a space age equivalent of the dragons and the fairies – a once culturally relevant motif, that suited a particular time and place from which we have since moved on?”

Likewise, taking into account the large variety and diversity of the UFO phenomena, it was suspected that scientist Paul R. Hill’s theorems on UFO sightings (Unconventional Flying Objects, 1995) are not fulfilling “the goal being to build a coherent understanding” about UFO ‘function.’ His approach was a little too pat, particularly if – in actuality – UFOs are from different ‘causes,’ not a single origin.

The UFO phenomenon described antics of the UFO landscape that went beyond suggested conventional Touchstone depictions. There are many examples, but we will take just one: The Kelly–Hopkinsville encounter, also known as the Hopkinsville Goblins Case, and to a lesser extent the Kelly Green Men Case, was the name given to a series of connected incidents of alleged close encounters with supposed extraterrestrial beings on the evening of August 21, 1955. The following was a summation from Wikipedia:

“On the evening of August 21, 1955, Billy Ray Taylor of Pennsylvania was visiting the Sutton family of Kentucky. The Sutton family home was a rural farmhouse located near the towns of Kelly and Hopkinsville, in Christian County, Kentucky (the farmhouse still stands today although the Sutton family moved soon after the incident). There were a total of eleven people in the house that night, including the children of the two families.

“The Sutton farmhouse had no running water, causing Billy Ray Taylor to go outside to the water pump for a drink at about 7:00 p.m. Taylor said he observed strange lights in the sky to the west, which he believed to be an unusual craft. He described it as disc-shaped in appearance, and featured lights on its side that had ‘all of the colors of the rainbow.’ He ran back to the house excitedly telling the others about his ‘flying saucer’ sighting, but no one believed him; instead thinking that he had become overly excited after seeing a vivid ‘shooting star.’

“At about 8.00 p.m., the families began hearing strange and unexplained noises outside. The Sutton family dog which was in the yard outside began barking loudly and then hid under the house, where it remained until the next day. Going outside a few minutes later with their guns, Billy Ray Taylor and Elmer ‘Lucky’ Sutton then asserted that they saw a strange creature emerge from the nearby trees.

“When the creature approached to within about 20 feet, the two men began shooting at it, one using a shotgun, the other man using a .22 rifle. There was a noise ‘sounding like bullets being rattled about in a metal drum,’ and the creature, they said, then flipped over and fled into the darkness and shadows. Sure that they had wounded the creature, Lucky and Solomon went out to look for it. Hendry writes that as the men were stepping from the porch, they saw one of the creatures perched on an awning. They again shot at the creature, and it was knocked from the roof. Again they heard the rattling noise, although the creature was apparently unharmed.

“Lucky and Solomon returned to the house in a disturbed state. Within minutes, Lucky’s brother J. C. Sutton said that he saw the same creature (or at least a similar creature) peer into a window in the home; J. C. and Solomon shot at it, breaking the window, whereupon it too flipped over and fled. The creatures could be heard loudly scurrying about on the roof, and scratching as though trying to break through. For the next few hours, the witnesses asserted that the creatures repeatedly approached the home, either popping up at the doorway or at windows in an almost playful manner, only to be shot at each time they did. The witnesses were unsure as to how many of the creatures there were; except for one sighting of two at the same time, all other sightings were of only one, although the first story claimed twelve to fifteen. At one point the witnesses shot one of the beings nearly point blank, and again would insist that the sound resembled bullets striking a metal bucket. The floating creatures’ legs seemed to be atrophied and nearly useless, and they appeared to propel themselves with a curious hip-swaying motion, steering with their arms. Clark writes that if the creatures were in a tree or on the roof when hit [by gunfire], they would float, not fall, to the ground.” 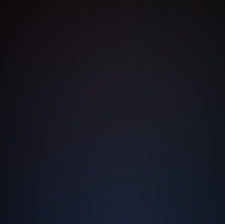 NO REASON TO LIE

“‘Lucky’ Sutton and other family members said they had a gun battle with the creatures that lasted for hours. Most of the Sutton family members who said they fought the aliens off with shotguns are deceased. However, Hawkins and her younger brother, Elmer Sutton Jr., of Trigg County, said their father shared his Kelly experience with them. Hawkins, 41, and Sutton, 35, are the children of ‘Lucky’ Sutton and Glorine Powell, of Trigg County. Their father died on Dec. 5, 1995.

“He talked to me about it because I was one of the last ones to leave home,” the younger Sutton said. “I prodded him about it a lot. A lot of times he wouldn’t talk about it. If I’d catch him in the right mood, he’d sit down and talk for hours about it. When he did, I’d listen. To be honest with you, he knew some day he’d die. I guess he wanted one of us to know the truth.”

Mankind has made tremendous advances since the days of Ben Franklin: just look at the adventures since Orville and Wilbur Wright in 1904 in aviation alone. Ray Kurzweil extended that progress to its natural progression and he called it “The Law of Accelerating Returns” (March 7, 2001.): “An analysis of the history of technology shows that technological change is exponential, contrary to the common-sense ‘intuitive linear’ view. So we won’t experience 100 years of progress in the 21st century — it will be more like 20,000 years of progress (at today’s rate).”

If superior UFO Races are also bound by The Law of Accelerating Returns and they have been far advanced beyond terrestrial technology hundreds of years prior (UFOs by which radar has tracked at over 9,000 miles per hour and accelerations in the range of 1000Gs [p. 153], possibly approaching the speed of light), wouldn’t their technology have well advanced beyond “campy” and “cartoonish” depictions? Compare the inventions of Leonardo da Vinci to our present-day SR-71 Stealth craft: multiply that 2000 times.

A similar theme was voiced in Isaac Asimov’s science-fiction story “The Last Question,” a tale of trillions of years of evolution and how mankind will evolve from trapping the energy of stars with 100% efficiency (Hyper-stellar travel, emigration to other Galaxies, Body-Mind separation and fusing the mind with an all-knowing, omniscient computer, a Self-correcting and Self-Adjusting machine capable of learning and building its own predecessor) had become so powerful as to recreate light after all the stars entropy in the end and the universe begins again.

“The story is interesting and enters the black hole of Physics and Religion simultaneously.”  It is about: “How mankind will evolve, pioneer in space travel and set foot in all the distant Galaxies with the help of Analog Computers (AC).”  “The stars and Galaxies died and snuffed out, and space grew black after ten trillion years of running down…One by one Man fused with AC, each physical body losing its mental identity in a manner that was somehow not a loss but a gain.”

With that type of Laws of Accelerating Returns: Where would that presently leave the UFO occupants?

Steve Erdmann had not debated UFOs as an intelligent and superior phenomena, he just debated how the evidence should be handled and what it encompassed. Why should such a civilization need “cartoonish” artifacts? Why would it need “domed” aircraft with “spinning rim lights,” and one-piece outfits with “back packs” (Wllie Begay and Guy Tossie, Ririe, Idaho, November 2, 1967)? Would they be far advanced beyond “oval doorways,” medical “probes,” “books,” (pp. 96-97.) “tables,” and  “benches” (pp. 113-114, 116); for that matter, would they need ramps, panoramic portholes, flashing lights, as if a “display” as seen in various assorted descriptions, much like scenes out of a 1950s science-fiction movie? UFO vehicle designs seemed to far out-number the innovations seen in the terrestrial automobile market. 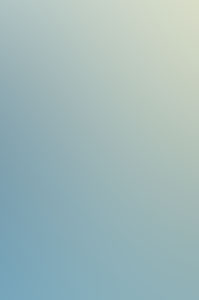 Donderi seemed more cogent when he spoke of the “paradigms” of science, and how “fear” of  the UFO phenomena caused our place in the universe as being threatened. “The existing paradigm constraints normal science, regardless of the evidence.” (p.164.)  He said: “Those institutions administered by a meritocracy of capable people: the cultural elites.” (p.190.)

The question arose, however: just how much “fear” and “ignorance” are involved with humans if governments have crashed UFOs in their possession? (pp.176-184.) Donderi went into detail concerning the 1947 Roswell UFO crash.

“The small group of senior scientists who helped the government in the immediate post-war period was the people most likely to be asked for advice about the security threat posed by technologically superior UFOs,” said Donderi, “but who the UFO overseers were then, and who they are now, is not known. It is one of the better-kept secrets of the U.S government.”

If you would like more information or to purchase this book through AMAZON.COM, simply click on its title: UFOs, ETs, and Alien Abductions: A Scientist Looks at the Evidence