UFODigest.com » Paranormal » 2012 » Mirror, Mirror, On the Wall: Who are the Best Mirage Men of Them All? 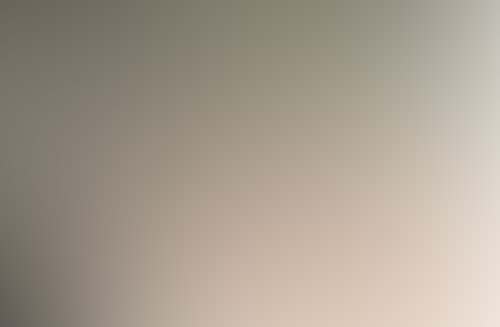 A rather refreshing book in that Pilkington covers Ufology in an uninhibited, probing and inquisitiveness rarely found in the topic. He and his partner, John Lumberg, ventured about the globe, examining UFO evidence and stories and relentlessly asking embarrassing questions to intricate and prominent UFO persons. 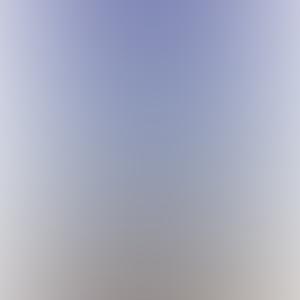 For one thing, the book was extremely refreshing for one to read, the two authors knew many people that were behind the “crop circle myth” and, in fact, participated in the Oliver Castle circle, where two blobs were photo-shopped into the special effects in 1996. Lumberg goes about telling everyone exactly how he helped invent the hoax.  But these facts are never fully publicized and the topic always leans towards the paranormal. There is hardly ever talk about crop circles that contain poor or bad geometry, as well.

The book, in large part, centers around Richard C. Doty, “a Mephistophelean character” that worked for the U.S. Air Force Office of Special Investigations (AFOSI) as a counter-intelligence and counter-espionage agent at Kirtland Air Force Base in New Mexico, and who, apparently as part of his duties, was to lie, spin tall-tales, and spread confusion about UFOs as Psy-ops disinformation “data chaff.”

Psy-ops disinformation technicians consider what they do a “science,” though I find it extremely hard to believe it is true science as it works against basic scientific principles of trying to nail down absolute facts and reality into some established and clarified form. It would appear to be an anti-scientific movement and probably criminal, if hoaxing, lying and deliberately tampering with evidence are crimes.

Pilkington reviews his association with the UFO community over the years, including his personal association of silvery, reflective spheres in Yosemite National Park in mid-July, 1995. On page 269, the author tells us of Walter Bosley who had worked security clearance at Edward’s Air Force Base, was a former FBI and AFOSI employee at Wright-Patterson’s Counter-espionage Branch, and Cover-agent of a “particularly highly classified aircraft” at Wright Patterson, which Bosley was taken to see one night out in the desert, looking up to see an “amazing, non-human” aircraft.

He relates the tale of Paul Benewitz, engineer and physicist of Thunder Scientific, who led a rather complicated UFO venture of filmed UFOs near Kirtland Air Force Base, his association with disinformation-agent Richard Doty. Doty apparently planted UFO material and helped form and circulate the Serpo alien contact-story that allegedly took place on April 24, 1964. The aliens allegedly wanted to mutually transfer participants in a special Project Crystal Knight.  After chasing dubious UFO evidence for several years, Benewitz died at age 75 in 2003: a manipulated man victimized by Black-ops propaganda in numerous Psy-ops projects.

Pilkington analyzes years of government stealth-aircraft such as the Palladium Technology such as Project Dragon Lady, Lightning Bug, and even further exploring Nazi UFO technology from World War II. Pilkington concludes the UFO field was a pretty mixed bag of confusion, offering no good solution, but a whole lot of questions and even deception.

“UFOs are the ultimate tools of shock and awe, perfect weapons of mass deception.To understand how they are deployed, to see how they go to work in our hearts and minds, is to grasp the reality of the world we live in, saturated by media, bombarded by truth, half-truths, falsehoods and myths,” says the author, “the mirage men want us to believe simultaneously in both extremes of possibility that the UFOs and their occupants are real, and that they have never existed at all.”

One is reminded of the Number Six character in the 1960s TV series THE PRISONER (starring Patrick McGoohan) where Number Six is confronted by numerous mind-games in the mysterious ‘Village’ and stalked and corralled by a plasma-like “Rover.”  Likewise, Pilkington introduces us to variant types of “brain-washing.”  He tells us of the late Leon Davidson, an engineer from Los Alamos who suspected a worldly origin of UFOs as psychological weapons in 1950s:  “Davidson was convinced that the CIA were behind each new development of the revolving UFO narration…These were all methods of obfuscation; what Davidson was talking about is a little more sophisticated deception.”

The Wild, Wild West TV series portrayed two fictional Secret Service agents of the U.S. government using the latest scientific techniques and espionage sensations in a blend of western elements of the 1800s with science fiction and alternate history. Agent Artemus Gordon, a supreme artist of deception and magic, appears as only half a human body to demonstrate his prestidigitation skills:  “We may have lost the war, but heaven knows we haven’t lost our sense of humor.” The same sardonic humor has continued through to our present-day espionage artists.

Offshoots of this phenomena would be the MJ-12 documents, Bill Moore, the Aviary, Project Aquarius, Bernard Newman’s 1948 novel, The Saucer Flying, about government hoaxing, Project Beta, the Falcon and the Condor. Some of this was originated back in the Second World War with the technology of Professor Giuseppe Belluzzo, Rudolf Schriver, Dr. Richard Miethe, and the V-7.  A 2004 Discovery Science TV special called “The Real Flying Saucers” gave a cavalcade of such events, including the Avro Corporation Project Y2 hover craft, as well as a brief clip of the 1950 B-movie The Flying Saucer where Russia was the origin of ‘flying saucers’ using advanced technology. Reviewer Jim Riecken said: “Back in 1949 about 80% of Americans thought flying saucers were real but did not automatically believe in ETs. Others thought they came from the U.S.S.R, while most thought they were American secret weapons.”

How many researchers suspected or had insight that UFOs could also be psychological gimmickry as Weapons of Mass Deception?

For Davidson, it was self-evident that the CIA was behind it all:  “It delegated the Air Force to act as the official ‘investigator’ to stave off public inquiry.  It secretly sponsored the formation of saucer study groups and contact clubs, including NICAP (under T. Townsend Brown, with whom, incidentally, I have had voluminous correspondence). The CIA set up many saucer publishers, sponsored the publicity received by Adamski’s books and others, and sponsored the wave of saucer articles in 1952 in ‘Life,’ ‘Look,’ etc.”