UFODigest.com » Aliens and UFOs » Pay Attention to – The Men behind the Area 51 Curtain 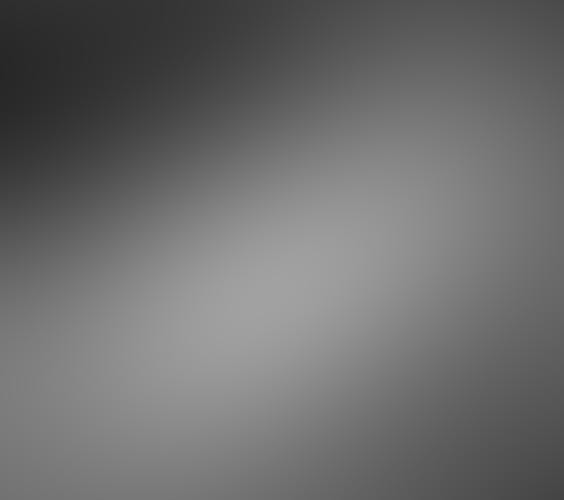 “He who is not courageous enough to take the risks will accomplish nothing in life.”  Muhammad Ali.

The Magnificent Oz told Dorothy and her two companions in the Wizard of Oz to “pay no attention” to the “man behind the curtain.” We asked Annie Jacobsen to do just that. As a veteran news reporter and journalist, Jacobsen seems ideal to dissect formerly secretive information telling about the super-secret, and sometimes nonexistent, test sites in Nevada that allegedly sectored out of a large section of hidden desert of about 4,500 acres, and eventually tagged AREA 51.

Actually, the secret base encompassed areas 22, 25, and other mysterious areas such as 5 and 4, with the White Sands Proving Grounds and the Groom Lake Bomb Sites, also included – if not many others. (Area 51: An Uncensored History of America’s Top Secret Military Base, Annie Jacobsen, The Little, Brown and Company, Hachette Book Group, 237 Park Avenue, New York, N.Y. 10017, www.hachettebookgroup.com, May, 2011, 523 pages.).

Jacobsen’s excursion begins with the Black Project Manhattan that gave us the first practicing atomic bomb that was used to destroy Hiroshima and Nagasaki, Japan. She glides through the years, detailing the creation of an all-powerful Atomic Energy Commission, Project Nutmeg, Project Hood, Operation Sandstorm, Zebra, Greenhouse, Tall King, Elint, Project 57 – continuing into the creation of Project Oxcart, the espionage of the U-2 spy plane, and projects such as Skylark and Dragon Lady.

“It is from the Atomic Energy Act of 1946 that the concept ‘Born Classified’ came to be,” says Jacobsen, “(The Project) would be born classified and that even the president of the United States would not necessarily have a need-to-know about it.”

Jacobsen details the subplot of the Nazi underground scientists comes to America, Operation Dragon Return and Operation Paperclip, the hunting down, surrender and incorporation of Hitler’s special Nazi scientists, and the eventually discovered Horton Brother’s “wingless, tailless, saucer like craft,” the Horten X and the Horten 13 (that many say greatly resembled Kenneth Arnold’s June, 1947 mystery aircraft spotted near Mt. Rainer, Washington). All blends of these technologies were run through the Office of Policy Coordination (OPC). It was suspected that the Russians had also gained Nazi technology.

Out of this World War II confluence came the U-2 spy plane (Project Aquatone) and the evolution of the CIA test-facility in Nevada, escalating into promised space projects such as a nuclear Mars space ship called Project Orion and Project Nerva. Some researchers believed the project was secretly continued to the present day into a super-secret space “Navy.” These same investigators pointed to the extensive underground tunnel systems that allegedly are existent across America, as Jacobsen also points out.

But, as is inevitable with discussions of Area 51, the topic of “flying saucers” also come up surfacing in the topics of mysterious associations with UFOs at Area 51.

“Jim Friedman remembers the first time he brought up the subject of UFOs with his EG&G supervisor at Area 51,” says Jacobsen, “…middle of the 1960s…’I heard through the rumor mill that one of the UFOs had gone to Wright-Pat and was then brought to a remote area of the test site; I heard it was in Area 22’…(the supervisor replied) ‘Jim, I don’t want to hear you mention anything like that, ever again, if you want to keep your job.’”

Jacobsen points to the Bob lazar allegations of Reverse-engineered alien spacecraft, which sticks out as an incongruous sore-thumb oddity in her book, with no real explanation (more and more, the Lazar story appears to be a psychological plant), despite the fact that Jacobsen had been privy to a dearth of previously classified and secret Area 51 files under the Freedom Of Information Act. She demurely states that two lie-detector tests administered to him were inconclusive.

And then it gets more intimidating and suspicious: the Roswell UFO crash came to Area 51, but it was not from outer space – it was from Russia. A reputable Area 51 scientist (she claims to have investigated his background and it is impeccable.  Subsequently, he turns out to be Dr. Alfred O’Donnell, an 89-year-old veteran of Edgerton, Germeshausen and Green, Inc. [EG&G] who worked at Groom Lake in 1947, was an early member of the Manhattan Project and the Atomic Energy Commission) privately told her that Stalin invented and flew a “helicopter version” of the captured Nazi stealth craft the Horton Ho 229 (which had a swept-back appearance and may have been sighted by Kenneth Arnold as he flew near Mt. Rainer in 1947) to Roswell, manned by surgically altered mutant children invented by none other than the mad-Nazi scientist Josepf Mengele on  a sojourn to Russia.

WAR OF THE WORLDS

The purpose was an elaborate psychological publicity stunt by Russian dictator Joseph Stalin (who had also been interested in creating an army of mutant gorilla-human soldiers; and Stalin had been very slighted by our securing and inventing the atomic weapons first); he wanted to scare the hell out of Americans, very much like the panic the radio broadcast by Orson Wells’ War Of The Worlds produced. This story has drawn its share of criticism.

Auschwitz prisoner Alex Dekel said of Mengele: “I have never accepted the fact that Mengele himself believed he was doing serious work – not from the slipshod way he went about it.”

THE ANGEL OF DEATH

Following Mengele’s escape, all of his records were destroyed. Those diaries and letters turned over by his family, while revealing his evil philosophy, gave no meaningful laboratory data. Files from his infamous C.A.N.D.L.E.S experiments on twins have been lost. The question remains: where did Mengele perform his Russian experiments; when did he do so in Russia; and how do you prove this happened?

On January 27, 1945, Mengele was in a camp at Gross Rosen in lower Siberia, which was dissolved under the Russian advance.  On May 3, he was at the Wehrmacht Medical Unit led by Otto Kahler, captured by the Soviets, and taken as a prisoner of war by Americans.  He was released in June, 1945 and his papers show him as Fritz Hollmann, staying briefly in Rosenbaum, Bavaria as a farm hand from July, 1945 to May, 1949. Via Innsbruch, Austria and Genoa, Italy, he made his way to Buenos Aires, Argentina through generous donations and payments from his wealthy family and a mystery network called ‘Odessa.’

Mengele would probably be targeted by Stalin for Stalin’s ‘First Circle’ Gulag for scientist prisoners; not a private laboratory (Solzhenitsyn’s Gulag Archipelago). 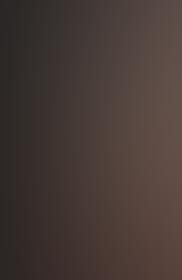 Also, if Stalin had a technologically advanced stealth craft – that may have been overflying America in early 1947 – Kenneth Arnold and a number of sightings of similar objects  –  would Stalin have not used this craft for much more than ”psychological tricks”?  Further investigation is needed to resolve these questions. Was Alfred O’Donnell lying, deluded or confused?

Radio program host George Knapp of the Coast To Coast program told his audience on August 22, 2011, 12:55 a.m. CST, that he had interviewed O’Donnell twenty years earlier and was told a different story by O’Donnell on Roswell. Knapp said he would not divulge the details until he spoke to O’Donnell once again. On December 19, 2011, at 1:47 a.m. CST, Knapp further commented that in that earlier interview with O’Donnell that O’Donnell made cryptic remarks regarding  “aliens from ‘somewhere’ that spoke in a strange language.”

I can’t help feeling it somewhat of a sad ending and even anti-climactic to the glorious picture of Area 51 Jacobsen portrays throughout most of her book and Groom Lake’s drive to advance technology and national defense: and the climb to new highs in the Space Age.

For more information or to order this book from Amazon.Com simply click on its title: Area 51: An Uncensored History of America’s Top Secret Military Base

Top photo:  A 1945 G-2 report on the Horten brothers (brilliant German engineers who escaped capture by both America and Russia at the end of WWII) airplanes included this photograph of the unusually shaped Parabola. Two years later, after the crash of a foreign disc-shaped aircraft in New Mexico, in July 1947, the Counter Intelligence Corps embarked on a manhunt across Western Europe to locate the Horten brothers and their so-called flying disc