UFODigest.com » Aliens and UFOs » Who You Gonna Call? Ghost Busters! 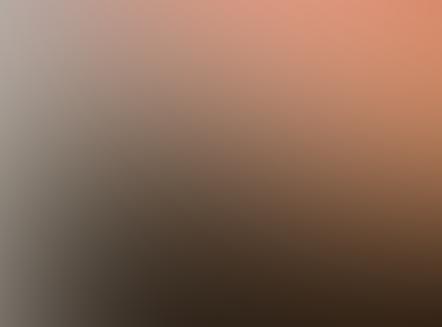 “If there’s something strange in your neighborhood….If there’s something weird and it don’t look good…If you’re seeing things running through your head… An invisible man sleeping in your bed…Who you gonna call? Ghostbusters!”  (Song by Ray Parker, Jr., 1984.)

Leslie Kean, investigative journalist and co-founder of the Coalition for Freedom of Information, takes on the topic of UFOs and delves into some of the better sightings of the phenomena over the last 40 years as proof of an unknown reality (and, in a few cases, highly advanced stealth craft by our governments?). She lays this peruse out painstakingly in UFOs: Generals, Pilots, and Government Officials Go on the Record (Harmony Books, Crown Publishing Group, 2010, 335 pages, $25.99).

“Unknown” is the key word with Ms. Kean as she assesses the situation that debunkers use, as “false flags” and “red herrings,” the argument as to why that the question is really “space ships” or not.  It is a phony argument, she says.  We really don’t know what or sometimes don’t have any idea about what UFOs really are.They don’t like to be studied in the laboratory. Some seem to be machine-like; but, if so, they certainly are very unusual machines. And worse yet, many have “ghost-like” qualities and act as if they are magic.

“Yes, that phenomenon is definitely extraordinary,” says Kean. “The basic misunderstanding underlying the skeptics’ catchy buzz-phrase – ‘extraordinary claims demand extra-ordinary evidence’ – is, once again, the equating of UFOs to extraterrestrial space craft by definition.  When the debunkers rally around this battle cry and dismiss all the evidence with a wave of their hand, this is really what’s on their minds; otherwise, there would be no need for them to be so blindly defensive, and even hostile.”

Perhaps Kean does not always dig deep enough to uncover the truth, however, as in the April, 1990 Petit-rechain, Belgium UFO case of an alleged 35 MM slide of an extraordinary object. It was a superb case, Kean said at the time. On July 26, 2011 the hoaxer came forth to tell how he created the hoax out of painted Styrofoam with three spots affixed.

James Oberg and Robert Sheaffer have pointed the thin areas in Kean’s logic. She quotes the study by French investigator Dominique Weinstein of 1,300 pilot UFO reports. The two individuals point out that even the late J. Allen Hynek said that about 50 percent of commercial pilots and 88 percent of military pilots had a high misperception rate. Ronald Fisher of the International Forensic Research Institute at Florida International University in Miami concurred.

Oberg pointed to a case that was similar to the November, 2006 O’Hare airport at  Chicago UFO sighting but in Russia; that one turned out to be a cloud trail left behind by a Russian rocket launch.

Kean attempts to gain sobriety and acceptance of the phenomena by saying people need to keep from thinking UFOs are ‘space ships’ – or to at least stop speaking in those terms:

“People assume UFOs are, one, a question of belief and, two, the reason they’re a question of belief is because the term means alien spacecraft. Neither of those things are accurate. It was very important to me to make it clear from the beginning that nobody claims to know what UFOs are.” (to Clint Hendler on October 31, 2010.)

If Kean truly does not want people to speak in terms of ‘space ships,’ then she and others must truly be open to other possibilities and places that evidence leads us, even those that suggest that humans are highly liable to misperceive or lie and hoax.  I personally do not exclude “x” factors such as psychology or even parapsychology – what the late C.G. Jung referred to as Archetypes.

More Than Currently Meets the Eye

Perhaps the reason the Air Force, the Robertson Panel, as well as the Condon Committee, treated the phenomena so mundanely after a few months, a few years, is because they’ve concluded early that they were dealing with “ghost phenomena” of sorts: and what do you do with ghosts? They’ve been around for a long time—as long as mankind. “Who you gonna call?”

You may recall the late ‘spiritualism movement’ around the turn of the 20th century and the 19th century: The many cults, churches, and movements that built a religion out of supposedly talking with the deceased and the pondering over teleports and ghost apparitions?  This movement, also, was not eagerly sponsored by the United States government; they did no “official” investigations into “spirits”; though, government employees, as individuals, may have studied spirits and have their own independent beliefs. When you think about it, there were just so many things you could do with ghosts; didn’t some inventors create machines to hopefully communicate with them? They say “boo” and you respond in various ways by saying “uooo!,” “eeek!,” or “wow!,” and life seemed to go on with no absolute gain to our knowledge.

“Our thesis is that the origins of this taboo are political.  As political scientists, we are concerned with a possible connection between the need to dismiss the UFO and the way in which modern peoples organize and govern their societies,” says Kean. “The inability to see clearly and talk rationally about UFOs seems to be a symptom of authoritative anxiety, a socially subconscious fear of what the realty of the UFO might mean for modern government.”

And one might add: wearisomeness—for the many ‘cultic’ UFO religions that have latched onto the UFO topic as a way of selling , promoting, forging their own New Age religion – some as pure science-fiction – others as hoaxing, lying, fabrication, psychological pathology (believers and debunkers alike); and you don’t know how ingeniously clever a pathological hoaxer can be. You keep butting your head up against these characters (and some claim to be ‘investigators’) and see if your Ufological inquisitiveness doesn’t dry out. “There is nothing to fear in ufology but ufology itself.” (Steve Erdmann, 2008.)

(Which poses an interesting question: If the UFOs are such an etheric and nonphysical reality – how can they crash leaving wreckage and debris? This would seem to suggest, if true, there is more than one source involved.  And what about the worldwide happenings of animal mutilations?)

There is no doubt: some of the cases are extraordinary – but – extraordinary – what?  As a journalist, I welcome any kind of mystery; mystery is my soul.  It makes no difference as to the inherent nature of the mystery. But I suspect that to those people whose secret life depends on ‘space ships’ (and I have a sneaking suspicion that so does Kean’s Wishing Well), even those associated debunkers, it comes as a disappointment that the UFOs may be multifaceted and multifarious. But the people betting on a psychic-ghost origin, take heart: With the prospect of Cairns, France Supercollider and advances in Quantum Physics coming near on the horizon, maybe science is about to take a giant leap in knowledge. Science does need to forge ahead.

Kean says: “As the contributors have shown, there is too much at stake to continue stone-walling. At the same time, we can’t deny the facts that there is a risk in moving forward. The phenomena itself has placed us in a precarious situation that we have not chosen, and that we can do nothing about. We must strive to learn what we can, for it’s in our deepest nature and best interest to do so – to simply want to find out.”

So, John Podesta and Leslie Kean want to open a small U.S. government agency to investigate UFOs. It’s not a unique request. UFO researchers J. Allen Hynek and Donald Keyhoe made a somewhat similar wish in the past.  Maybe one day when our technology blends and colludes with our ‘spirituality’ we can then cross the line of knowledge and shake the hand of a ‘ghost.’

For more information or to purchase this book from Amazon.Com simply click on the book’s title: UFO: Generals, Pilots, and Government Officials Go on the Record