UFODigest.com » Aliens and UFOs » Captain Ruppelt and His UFOs 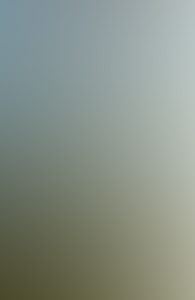 Colin Bennett portrays the late Edward J. Ruppelt as a hero, an iconic archetype that steered a path between erratic and wild military superiors, witnesses and the press.  Ruppelt was a United States Air Force officer who, from 1959 to 1953, headed Project Blue Book, the USAF’s UFO Project. Shortly after adding, in 1959, incongruous and toned-down chapters at the end of his controversial 1956 book on UFOs, Ruppelt died of a heart attack in 1960.

What is Past is Prologue

“No one was born more American than he,” instructs Bennett in a somewhat heavy, liberally-used British-Shakespearian style throughout the book. “The demons were all around him in the aircraft and the weaponry. He had all the sacred courage of the Wright brothers and the madness of the astronauts.  As thanks for this, after he died, almost every copy of his book disappeared from bookstores worldwide, never to be seen again, and they were not bought by customers.”

An Official Journey into Magnolia/ Magonia

(Magnolia: a 1999 movie by Paul Thomas Anderson about paranormal synchronicity/ Magonia: a surrealistic world spoke of by Jaques Vallee.)

Such hijinks seemed to be part and parcel of Ruppelt’s sojourn as a UFO investigator and administrator.  Ruppelt took a very poorly organized, almost nonexistent government office and slowly turned it into a fully respected and greatly enhance division of the Air Force—-from Project Grudge to a Project Bluebook—in a journey that was onerous and often cumbersome but that invariably built, however, respectability on the stepping-stones of major UFO cases.

One such case was the September 10, 1951 Fort Monmouth, New jersey T33/radar episode that almost literally forced the hands of the Air Force, cracking the heads of Chief Of Air Major-General Cabell, Lieutenant-Colonel Rosengarten, and Lieutenant Jerry Cummings, to pledge aid to a more serious Air Force UFO Project.

Blue Book went from a one-man operation at a desk at the Air Technical Intelligence Center (ATIC) belonging to Officer James Rodgers to an official staff of ten people with Top Secret clearance and many paid consultants.

Ruppelt’s growing-pains tallied cases of destroyed UFO data by military personnel, rather “quirky” happenings that manifested so often that Bennett begins to postulate a Roger Penrose/ M.C. Escher illusion: “A UFO experience then being liminal, is half-in half-out of the Cartesian frame, making it a most peculiar thing that exists in the intermediate area between facts and fiction….films blur, samples get lost, and what appear to be automatically generated warnings (black helicopters. Men in Black) appear….photographs and physical items (and on occasion cattle and people) all disappear within the UFO experience framework….may belong to this world only in part…..” (pp.48-49).

Here Bennett interjects the sighting of Mrs. Ann Sohn of May, 1952 which contains “humanoid” pilots, a category that even Project Bluebook avoided (this would have been a Hynek ‘Third Kind’ category).  Her sighting precludes the July, 1952 UFO flap, but holds elements of the bizarre, senselessly playful Alice-In-Wonderland’s Cheshire cat, dream-like qualities that Project Bluebook was not prepared to enfold. Bennett says a “psycho-social filter” was even in play for many cases that came to Blue Book’s doorstep. Enter mysterious civilian groups:  Robert Johnson  and Mr. Brewster of the Republic Aircraft Corporation, later, also, the Rand Corporation, or, the Beacon Hill Group, a segment Bennett refers to as the ‘common techno-industrial base’ which would later become known as the New World Order.

The Invasion of the Capitol

The drama thickens around classical UFO cases such as the January 21, 1952 Mitchel Air Force Base, New York/Grumman TBM Avenger incident. “….(the UFO drew) away from their pursuers for most measured manner, increasing speed steadily and performing extraordinary maneuvers quite beyond the technology of the present day….” (p. 79).  The UFO activity crescendo in July, 1952 with the “invasion” over the White House Capitol in Washington, D.C: spooky objects and madcap military pronouncements are entwined, as Captain John McHugo and Lieutenant William Patterson are vectored to UFOs and Patterson’s aircraft circled  by a ”cluster” of glowing objects.

The resultant press conference, witnessed by Rupplet and Major Donald Keyhoe, became a circus of Kafka-like actions by Major General John Samford (along with General Roger Ramey, Colonel Donald Bower and others); “Struggled for verbal expression and produced a weird and wonderful variety of responses, some puerile, some quite mistaken….” (p.133).

The July, 1952 ‘invasion” was officially denounced as metrological: heat inversion (layers of hot air pressing against cold air), mirroring lights from the city. Keyhoe and Ruppelt both struggled with the absurdity of such fiction. Adding to the paradox and Mysterium, Ruppelt surprisingly added three extra chapters to his book, in 1959, seemingly mocking the UFO subject in a way that was suspicious and uncharacteristic of his writing style in 1956.   Bennett says: “….his retractions were, like the UFOs, and indeed like the solid globe itself, not quite real.”

Ruppelt died a few months later of a heart attack at the age of 35.

The Director of UFO Research for the US Air Force’s “Project Blue Book” Captain Ruppelt states, “Of these UFO reports, the radar/visual reports are the most convincing. When ground radar picks up a UFO target and a ground observer sees a light where the radar target is located, then a jet interceptor is scrambled to intercept the UFO and the pilot also sees the lights and gets a radar lock only to have the UFO almost impudently outdistance him, there is no simple answer.” 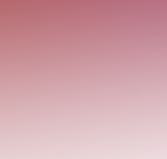 If you would like more informaiton or to purchase this book through Amazon.com simply click on its title: Flying Saucers over the White House: The Inside Story of Captain Edward J. Ruppelt and His Official U.S. Airforce Investigation of UFOs