UFODigest.com » Aliens and UFOs » The Nazi UFO Crash at Roswell 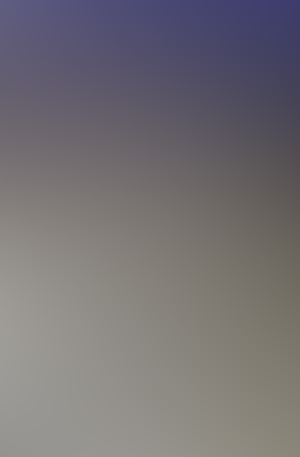 Joseph P. Farrell, who has written several books on the continuance or progression of a Nazi Empire (Reich) past World War II, projects that theme in Roswell and the Reich. As documented as the book is, one still cannot help give complete credence to his theory as easily as Farrell wishes.

Farrell does a painstaking analysis of the featured claims of the Roswell story: the debris and the humanoid bodies. He attempts to construct a ‘debunking’ of the scenario that an extraterrestrial spacecraft existed. In doing so, Farrell equally casts doubt on the claims of critics that said UFO debris at Roswell was that of a normal balloon with radiosondes or a more complicated Mogul reconnaissance balloon. For most people, the description of a crashed Mogul balloon works quite adequately, as the balloon array consisted of sticks, light paper and foil, scotch tape: which sounds pretty much like what CIC Intelligence Officer Sheridan Cavitt and Roswell witnesses Bill Brazel, Sallye Strickland and Bessie Brazel-Schreiber describe: “…fabric…aluminum foil…fine kitchen-glove-leather…plastic-like…kite sticks…bamboo-type…foil-like…rubber-like…one side darker….”

However, if you take the testimony as literally told (the hardness of the foil and the indestructibility of the material), then, says Farrell, you can’t say that an ordinary object was involved. But it often seems a play on words. The book bounces back and forth from one objection to another, from one argument to another, balancing testimonies and descriptions of various sorts, and finally distilling out a theory that an unusual military craft had been invented and crashed in New Mexico, probably a Nazi invention by a secret surviving Fourth Reich renegade group.

Farrell, however, eliminates the testimony about alien bodies fairly easily based on errors, perjury and hoaxing of the story-tellers: if you’ve lied, in any form, or for any reason, your testimony is out! Unfortunately, the mention of strange humanoid bodies has been mentioned far too many times to eliminate the possibility, despite the lack of crystal-clear honesty of witnesses.  For instance, the mortician Glenn Dennis was described as a perjurer, his critics saId, because nurse “Naomi Seiff” was a cover name that Dennis promised to use to hide her real identity. That is not entirely an unreasonable action or request, and certainly cannot destroy everything he has said. Recently, Dennis’ daughter also testified that the Army came to Dennis’ shop in 1947 to request “small caskets.”

If “inconsistencies” in testimony were a legitimate excuse to wipe-out ‘all’ possibilities and ‘all’ evidence of someone’s testimony ‘entirely,’ then Farrell’s thesis would have to be expunged for its inconsistencies. Aside, one lying to protect the identity of a source of vital information for safety and other reasons (such as the protection of news sources and the topic of whistle-blowers) is not always evil.

THE BODIES THAT WON’T GO AWAY

Farrell feels he has safely eliminated cases of humanoid bodies and reduced all stories to barebones claims of exotic material, though the materials still sound suspiciously like sticks, foil, and string of a Mogul balloon described by Sheridon Cavitt, Bill Brazel, Sallye Strickland, and Bessie Schreiber. Somehow, Farrell still includes testimony about a swept-back, parabola, Horton-type Delta-wing aircraft/spacecraft—he just wants no humanoids involved that would complicate his belief that an exotic but earthly manufactured Nazi super-weapon was the source; with a  “let’s get the creatures out of the way” proposition, Nazi super-weapons would be much easier to package.

A HORSE OF A DIFFERENT COLOR

The question as to what Nazi technology achieved during and after the War is almost a separate question and topic. The end of the book entertains the Reich’s fascination with the Horton Brothers’ inventions of stealth aircraft and the continuation of the Reich after the War to build a Fourth Reich space navy and its World Allegiance. Brigadier General George F. Schulgen spoke openly about “flying discs” on October 30, 1947. General Nathan Twining spoke of “flying discs.” Farrell believes it was “Nazi discs” as the out-birth of Dr. Kurt Debus’ and Dr. R. Richter’s experiments in Plasma Magnetic Field Stress – the Lamor Precision Frequency Oscillating Generation On Lithium-7 Atoms. It was called the “War Decisive” of the “Charite-Anlage.”

Farrell mentions Nick Redfern’s The Body Snatchers in the Desert  in which  the UFO case portrayed, some believe, was the basis of the Kecksburg, Pennsylannia UFO Crash of December 9, 1965. Others say that the December 29, 1980 Cash-Landrum UFO craft sighted were more experiments with this technology. The US has been actively involved in duplication this technology through Project Winterhaven and Sky Vaulty, as well as other secret projects.

In reality, researchers say the tale is much more intricate and involved than this brief history can portray, going back to Baron Sebottendorff in the 1920s and the creation of the Thule Gesehschaft and the Vril energy.  In 1936, this Germanic secret society came upon the crash of an extraterrestrial UFO in Freiburg. This led to great advances of the Nazis past the end of World War II and their efforts to escape in mass to South America and to Antarctic land claimed in 1931 by the Germans in a flag-drop with Prick-flags decorated by swastikas. This becomes Base 211 and the German Antarctic Foundation’s neu-schwabeland. Hundreds of German U-boat submarines and many refugees escaped there as the Fourth Reich: a reality which the US tried to eliminate unsuccessfully in their operations High Jump and Windmill in 1946-1948. Admiral Richard Byrd presented a cautionary warning in March, 1947: “The possibility of an invasion of the country by hostile planes coming from the Polar Regions.”

Science-fiction as prophecy has been the staple over the centuries. James Blish’s “Tomb Tapper” in the July, 1956 Astounding Science Fiction developed a story device where a suspected crashed craft could have been either a Russian secret device piloted by a blonde eight-year-old girl – or a true extraterrestrial alien pilot. John W. Campbell, Jr.‘s 1938 tale Who Goes There (later made into a 1951 movie called The Thing From Outer Space) did cast a similar yarn of the polar region, a crashed spaceship, and a threat to take over the world.

For more information or to purchase this book simply click on the book’s title: Roswell and the Reich: The Nazi Connection