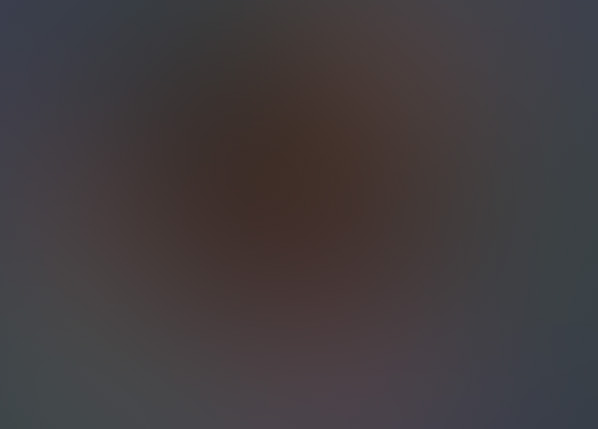 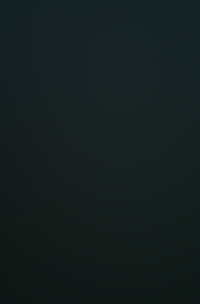 This tome is a precursor to Stanley’s later book on UFOs flying over or inducted into the United States D.C. Capitol; this book chronologizes fly-overs of the Prohibited and Restricted Air Defense Identification Zone (ADIZ), Flight Restricted Zone (FRZ) and P56 – an area with multiple accounts from 2006 and as far back as 1850.

Stanley cited the National Capitol Region Coordination Center (NCRCC) in Herndon, Virginia, represented by the Department of Defense, the FAA, the Secret Service Customs and Border Protection, The Transportation Security Administration, as well as the Department of Homeland Security, the U.S. Capitol Police, and the Domestic Event Network (DEN) (p. 371): from January 27, 2003 to July 17, 2005, there were 3,495 air space incursions with 655 attempted aircraft intercepts.

The book is peppered with little known tales of UFO activity associated with the Washington capitol, such as the late Colonel Jesse Marcel, Jr.’s 1991 clandestine meeting at the Capitol sub-basement with an unnamed official who said that the Roswell UFO crash incident was completely true.

The Capitol area has had a long history of stories of paranormal occurrences, such as the 20-year-old man who ran into the Capitol building “being chased by the devil” (Later deduced to be a UFO).  Page 379 gives a date-by-date listing of UFO sightings in Washington, D.C. These are usually triangular or disc-shaped and are very elusive.

INTERVIEWS WITH THE MATRIX

Pages 24 through 200 covered interviews with noted UFOlogists, though not much debunking or critical analysis is offered.

Particularly interesting to Steve Erdmann was David Adair’s story about being taken to Area 51 to examine a crashed UFO that appeared to be almost organic or amoeba-like in operation. Adair’s connection was his scientific interest in building rockets in the late 1960s. Not all comments from researchers indicated that Adair is being completely truthful; some are suspicious and accused him of being a skilled and pathological liar. 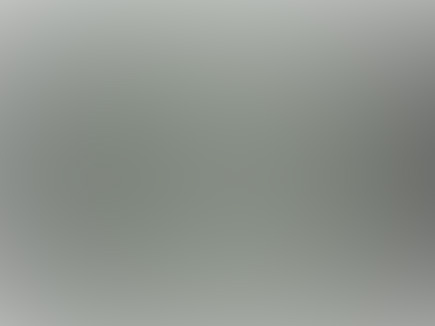 ”Wow! I’m surprised this guy hasn’t made the Hoax list here. This guy is one weird story. Just type ‘David Adair’ into YouTube searches from some very fun stories from a ‘rocket scientist’,” said ‘Inconceivable’ on May 15, 2008, Thursday, 4:22 a.m. “He’s apparently been around for a while and has some kind of track record in aeronautics though I don’t know if any of that child prodigy news checks out. I just saw his stuff on YouTube for the first time yesterday. Apparently Dr. Greer interviewed him for the Disclosure Project a few years back but even he must have thought Adair was over the top. I just finished reading the Greer’s Disclosure Project and Adair’s story is not in there.

“If you Google his name it’s hard to find any debunking investigation of his claims. Incredible claims combined with that ‘I’m just a humble engineer’ with ‘only the facts’ face.  It’s hard to beat that combination; clever,” ‘Inconceivable’ continued. “Ufology today is a minefield of con-artists, hoaxers, disinformers, the misinformed, the gullible and even the mentally ill. But you have to admit, it’s great entertainment!”

It was Adair’s prototype fusion rocket crash that provided him with a trip to Area 51 where he allegedly observed a crashed UFO that had a spooky “brain-machine-interface”; its “parts” acted almost organically symbiotic:  Adair said he was taken into the belly of a captured alien spacecraft.

Opinions vary as to the reality of Adair’s claims.  ‘Oli’ commented on September 30, 2005 (www.sciforums.com/dishonest-or-delusional-t-48991),  “….is the guy deliberately lying or does he believe his own bullshit, and why does the reporter take him at face value?  The numbers quoted are outlandish, and everything he says is accepted as gospel. Surely, this sort of crap doesn’t help anyone’s case? Or, are pro-UFO fans ingeniously willing to take anything at all provided it supports their beliefs?”

‘Oli’ pointed out that Adair had suspicious math in a few instances. How do you calculate 8,759 mph in “about 4.6 seconds”?  Would “carbonite” withstand the G-loads in acceleration?  “Why do you need to create a ‘synthetic black hole’ for a fusion engine,” asked ‘Oli.’  “A sufficiently strong magnetic field (is all that is required).”

On September 17, 2006, “Phlogistician” stated he couldn’t locate any “fusion rockets” displayed at any Science Fairs.

In the middle of his adventure, Adair also had the opportunity of meeting Dr. Arthur Rudolph, the Nazi Gestapo agent during the building of the V-2 rockets and later the creation of Operation Paperclip rescues into America. Through his demonstrations of his rocket technology, Adair was taken to Area 51 on June 20, 1971.

Rudolph was a real Nazi character in the analogs of the German Gestapo, culminating in Operations Overcast and Paperclip.  Germar Rudolf documented Rudolph’s management of the Apollo Moon Landing program at Huntsville, Alabama (Gestapo USA).  Operation Paperclip, inspired by Allen Dulles and approved by Harry Truman, was to bring 1,000 Nazi scientists into the United States. The CIA created the Capital International Airways in 1947 so they could avoid custom inspections and background checks.  Some clandestine agents “were building the new CIA out of some very interesting back-stage fragments of the German war machine.”

However, this knowledge is available to anyone who cared to do research – even Adair could have read this and incorporaed it into his story. Adair, however, insisted he was actually there:

“The closer I got to that engine, the more I realized that these people had no idea what that thing really was.  They were still trying to figure it out,” said Adair, “it clearly didn’t belong to us.”

Entered crop circles and Adair’s belief they contained “complex, fractal, energy patterns.”  His attachment to crop circles may be the weakest link in his substantiation as it has long been suspected by myself and other researchers that a body of sophisticated hoaxers, for the main part (not so sophisticated in others), created many of the circles – some were even in competition and offered money to farmers to accompany the fraud. Unfortunately, Adair seemed too friendly to what appears a tainted topic, a suspicious association. Crop circles may be the intersection where hoax, religious belief, and science blend into a “flying saucer theology.”

Crop circles may be more inclined to be proof of “pranks and conspiracy”, rather than “aliens and conspiracy.”  Ken Amis commented in his “The Truth about Crop Circles” that the creators did make “blunders” and were not perfect aliens. Photos were retouched and circles showed signs were some “mistakes” had been repaired.

Crop circle designs, said Amis, were from standard methods of Euclidean geometry using no-graduated rulers and compasses. Also, no advanced mathematical figures have been found at Nazca, for instance, and some crop circle patterns were “incomplete.”

Creative Commons spoke of a group called The Circle Makers who were involved in commercial competition – such as the prize awarded by the Arthur Koestler Foundation and PM Magazine. Some companies paid well for their creations (Jones, 2009, Guardian.co.uk).

Gabor Takacs, Robert Dalles, Matthew Williams are a few who had been arrested. Hoaxers have been caught (2004, Netherlands, Margyr and Roodenburg, Reframing Dutch Culture, pp. 143-145).

The July 28, 1999 Avebury Stone Circle was heralded by UFO researchers Linda-Moulton-Howe and Whitley Strieber as “BEST PROOF.” The circle was disproven with a confession by Team Satan circle-makers that were commissioned by the Daily Mail.  Seven people created the circle between 11:00 p.m. and 4:30 a.m.They were witnessed by reporters and photographers from the Daily Mail.

Both Adair and our government were feeding off the UFO phenomena and experimenting, says Stanley, with “electromagnetic fusion containment systems.”

Stanley equally explores scientific claims of John Searl, Nassim Haramein and journalist Philip Krapr. While interesting, their stories can’t be ‘finalized’ and Stanley’s portrayals are not critical or truly penetrating analysis. Krapf’s “Verdants” seem just more of the growing class of “UFO religio-cultists” that have arisen in the UFO arena.

Stanley devotes quite a bit of space to early sightings with several 1890 “airship”  cases.  Another period he focuses upon is the 1930s, several sightings being of “triangular” crafts.  A June 1, 1930 case was a typical sighting at Franklin, New York.

An origin of NAZI-Germany knowledge of alien craft came from capture of a craft in 1937 in the town of Czernica. Scientists Wehner Von Braun, Herman Goring, Max Von Laue, Otto Hahn, and Werner Heisenberg began Nazi incursions into their own aircraft inventions.

One airship/cow kidnapping case Stanley uses is actually a tale from a “Liars’ Club”: Mark Cashman documented the tale of April 1, 1897, wherein Le Roy Hamilton and cohorts were signers of the aforementioned affidavit, an organization of ‘tall-tales.’ This story unfortunately keeps resurfacing to the detriment of true and honest claims of UFOs.

On April 19, 1995, Dr. Seth Shostak of the Seti Institute took issue with the content of the Disney feature: “….imagination alone should not be sold as science, especially when science is every bit as interesting as the fantasy.…you should at least temper your skewed presentation of contact with cosmic inhabitants by mentioning the scientific attempts….in matters of discovery nothing rivals the power of fact.” 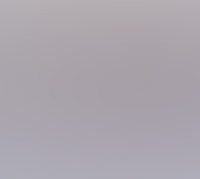 The Crop circle formation made by Dickinson and Company (not reproduced here) is an……” excellent, if imperfect, work of art is acknowledged (despite the crude representation of a Mandelbrot Set in the centre). Despite many poor hoaxes each year this one is by far the best man-made effort to date.”

If you want more information or wish to purchase this book through amazon.com simply click on its title: Close Encounters on Capitol Hill