UFODigest.com » Aliens and UFOs » ‘After Disclosure’ book on UFOs, ET contact due out October 2010 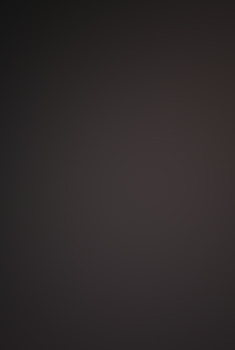 Researchers and readers of all kinds are looking forward to the October 2010 publication of the new book “A.D. After Disclosure: The People’s Guide to Life After Contact” by Richard Dolan and Bryce Zabel.

The two authors have robust backgrounds in writing and research about UFOs and extraterrestrial visitation to Earth.

Dolan’s multi-volume “UFOs and the National Security State” explores the complex and multi-faceted aspects of this fascinating subject. He is a frequent speaker on the UFO topic and has appeared on many TV programs that attempt to examine it.

Zabel is a former CNN journalist and now Hollywood writer and producer. He won the 2008 Writers Guild of America award for the Hallmark miniseries “Pandemic” and has written feature film scripts for Warner Brothers, Universal, Fox, Disney and New Line.

He co-created the NBC drama series, “Dark Skies” (scheduled for DVD release in 2011). His writing and producing of the original made-for-TV film “Official Denial” dovetailed with his work on the development team of the Steven Spielberg series “Taken.”

So what will the publication of “A.D. After Disclosure” tell us?

Apollo 14 Astronaut Edgar Mitchell, Sc.D, says, “This new book by Richard Dolan and Bryce Zabel is an important attempt to prepare us for what will one day be inevitable: an open understanding that we are not alone. Not in this universe, and not even on Planet Earth.”

Nick Pope, former chief of the “UFO desk” for the UK Ministry of Defence states, “What if the UFO cover-up is real and what if it ended? ‘After Disclosure’ poses this fascinating question and looks at the societal consequences of such a revelation.”

Pope concludes that, “Richard Dolan and Bryce Zabel have produced a thoughtful and provocative analysis that goes well beyond the usual scope of books on UFOs and alien life.”

And Stanton T. Friedman, MSc., nuclear physicist and author of “Top Secret/Majic” notes that, “Considering the overwhelming evidence that Earth is being visited by alien spacecraft and that many intelligence agencies and military groups have known this to be true for some time, we certainly need to consider the serious question of what happens when disclosure actually occurs.”

“This book by Zabel and Dolan is the first in-depth attempt to answer that question. It is long overdue and sets a high standard of discussion about this very complex issue. Well worth reading,” said Friedman.

Investigative journalist and New York Times best-selling author of “Crossfire” Jim Marrs tells us, “You may not have ever considered what life will be like after the reality of UFOs becomes publicly known. But Richard M. Dolan and Bryce Zabel have. Their book is absorbing and thought provoking. Don’t miss it.”

Stephen Bassett, executive director of the Paradigm Research Group claims, “Disclosure, the formal acknowledgment by the world’s governments of an extraterrestrial presence engaging the human race, is inevitable. So was this how-to book on what to do when a new world begins.”

Zabel himself writes, “We want our book to be accessible to people who have never read a UFO book before, to be a ‘cross-over’ project. Given that we’re already living in life after contact, albeit in official denial and secrecy, we think it’s time to get the general population up-to-speed on the issues so that when the truth finally is widely accepted it won’t be such a shock.”

“The reality is that this transition from denial to truth is coming at humankind sooner than later now,” According to Zabel. “When the line gets crossed, it’s going to affect everything from the economy and government to religion and science and even media and culture.”

Zabel adds, “The book, weighing in at over 300 pages … touches on all these issues. Lurking behind them all is the warning, one we’ve often heard expressed by concerned observers, that history is replete with cases where the weaker civilization is overwhelmed and ultimately destroyed by the stronger one. Think Cortez and the Aztecs.”

“We just don’t think that has to be the fate of humanity,” says Zabel. “We do, however, believe that knowing what’s coming and being mentally prepared is absolutely the most intelligent thing we can do now to make sure the outcome we get is the best one available when it all goes down.”

“What if UFO secrecy ended tomorrow?” Zabel asks. “What happens when the powers-that-be finally admit that we are not alone? And that the Others we share the universe with are not light years away, some kind of cosmic pen-pals chatting by radio telescope, that they are here, now. How will the truth change our society and your life?”

“‘A.D. After Disclosure’ is the first work of non-fiction to tackle these questions about the new winners and losers in government, science, religion, media, culture, law, education, and politics,” Zabel notes. “Life will go on, but it will never be the same.”

This book seems sure to be a valuable new resource for people trying to figure out what is going on with regard to UFOs and rumors of extraterrestrial visitation to, and activities on Earth.

Dolan and Zabel certainly seem to take it seriously, as do many other researchers and citizens who have carefully looked into this interesting and important subject.

One theory is that there have been decades-long public preparedness and acclimation efforts to get us ready for these kinds of developments.

Many people think they are. But such a situation could be quite challenging in many ways.

The new book “A.D. After Disclosure” will undoubtedly inform and fascinate us, help public readiness and take us to the next level of understanding about this sensitive situation.