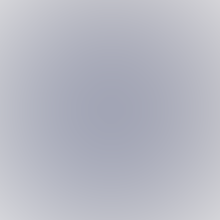 If extraterrestrial and/or extra-dimensional beings, or other intelligences, are visiting Earth as some researchers suspect, are we approaching the situation in the best way?

This discussion has been in the news recently due to the comments of physicists Stephen Hawking and Paul Davies as well as other emerging developments.

In his book “Messengers of Deception,” researcher Jacques Vallee describes his interaction with a person he calls “Major Murphy.”

“Then he posed a question that, obvious as it seems, had not really occurred to me: ‘What makes you think UFOs are a scientific problem?'” wrote Vallee.

Vallee explained, “Now, the UFO phenomenon could be controlled by alien beings.” To this, Major Murphy responded, “If it is, then the study of it doesn’t belong in science. It belongs in intelligence.”

“Meaning counterespionage,” Vallee noted. “And that, he pointed out, was his domain.”

Murphy told Vallee, “Now, in the field of counterespionage, the rules are completely different.”

Murphy also advised Vallee ” … you should look for the irrational, the bizarre, the elements that do not fit … Have you ever felt you were getting close to something that didn’t seem to fit any rational pattern, yet gave you the strong impression that it was significant?”

Does Vallee’s mysterious source Major Murphy have a point?

Is the conventional scientific approach used by humans in our current stage of understanding the only or best way to deal with the question of possible anomalous visitation to Earth and contact with humans?

We might consider the same question when pondering other interesting phenomena. What about life after death and the alleged dimension we call the afterlife? How about extrasensory perception (ESP) of various kinds?

There may be several complementary paths that can be used to explore these and other fascinating topics. The conventional scientific approach has an important role. First-hand experiences and intuitive perception about certain phenomena might also be helpful.

And, as Major Murphy told Vallee, the intelligence and counterintelligence concepts and methods might also be valuable and useful.

The integration of these different ways of perceiving current situations might lead to a synergy or transcendent perspective and understanding.

Maybe this is part of what has been termed “transcendent warfare.” The phrase was used by a Navy SEAL officer for a research paper about the U.S. defense and intelligence program on advanced human perception, Project STAR GATE.

The follow-on concept of “transcendent power” is meant to be one that is complementary to and synergistic with the military, diplomatic and persuasive elements called “hard power,” “soft power” and “smart power.”

Major Murphy might have even been referring to something we could call “transcendent intelligence and counterintelligence.”

Just as average people from many walks of life try to become familiar with scientific developments, current events and contemporary issues of various kinds, our exposure to intelligence concepts might also be helpful.

In fact, “open source intelligence (OSINT)” is simply the information out there in the media, the Web, books, movies, TV shows and elsewhere that we can access and interpret.

In this sense, all people can become agents of transcendent intelligence.

This perspective about the grassroots awareness and empowerment of average human beings might also create increased synergy that can contribute to progress in many areas of human development.

When it comes to normal current events as well as unconventional topics such as UFOs, ETs, ESP, life after death and angels, a higher intelligence and many other mysteries of Nature and the Universe, we probably all have potential access to greater understanding.

We might even consider that OSINT, though it typically refers to gathering open information from conventional sources, might also have leading-edge aspects related to unusual or alternative acquisition of knowledge and understanding.

That is, greater perception by average people at the grassroots can include normal information gathering and more forward-leaning methods, such as intuition and advanced perception that have been identified by U.S. intelligence and defense programs such as Project STAR GATE.

By exploring these kinds of transcendent intelligence, it is possible that we can learn more about the many mysteries that seem to hold the potential for important discoveries.