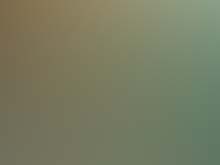 People who wonder about or even actively research the topics of UFOs and visitors from elsewhere sometimes begin with certain assumptions that may only be partially correct.

We might assume that if we are being visited, these intelligent beings are all biological life forms, though they might be quite different from humans.

We could also conclude that they are from another planet and they travel here aboard advanced spacecraft, possibly warping or surfing space-time in some way.

However, there are also theories and indications that, although those basic concepts might generally be accurate in some cases, there could be other developments going on as well.

For example, it might be possible that there are several kinds of intelligent visitors on Earth. Some researchers also suggest that certain unconventional beings might not be visitors at all, but somehow native to our planet, though they reside in hidden dimensions or operate in mysterious ways.

And even those who do travel here from a home world of some kind might also be able to visit us by slipping in and out of these mysterious dimensions without the need for sophisticated spacecraft.

In addition, although many might be biological entities or have a biological component, some anomalous beings might be some kind of energy operating outside of what we think of as normal biological life.

The other important questions regarding either extraterrestrial visitors from another planet or other mysterious beings of various kinds involve their possible motives and objectives. Are they friendly, hostile or somewhere in between? If there is some hidden agenda, what is it?

Are they straightforward and honest or deceptive? And if there deception – why? Is it simply “operational security (OPSEC)” of the kind we use ourselves in certain activities to help ensure success? If so, this could work to our benefit if their mission is to help us.

Some people believe in angels and the activities of good entities who watch over us and help humankind in many ways. These types of beings, if they truly exist, are said to operate in discreet, unseen and secret ways, much like some sort of intelligence agents.

Could other kinds of intelligent beings, including extraterrestrial and/or extra-dimensional ones, also work in similar secretive and covert ways?

A related consideration is that other intelligent beings, possibly of many kinds, could be trying to educate us and affect our thinking. They might be waiting for, or even actively assisting humanity in the development of a more advanced consciousness within us.

People try to persuade and influence each other all the time through many kinds of “perception management.” These can be applied constructively to help a target population or damaging if used toward harmful outcomes.

Some researchers indicate that the field of study involving UFOs, extraterrestrials and other mysterious kinds of phenomena are full of deception and perception management cover stories, both by the unusual phenomena themselves and by some of the humans involved in trying to deal with them.

When we discuss the idea of “disclosure” of government files about UFOs and visitors from the stars or other dimensions, we might also want to recognize the limitations of what this alleged government-held information might tell us.

There certainly seem to be strong indications that the U.S. and other governments and organizations have been looking into these kinds of anomalous phenomena for quite a while, at least since the mid-1940s. There has probably been useful information obtained as well as attempts to interpret what it all means.

Puzzle pieces involving possible different technologies and various types of beings could be part of these scenarios. And, it is also possible that we have not yet put all the puzzle pieces together. There still may be several unknowns in play.

A major consideration in greater understanding about these possibilities seems to be the mental, emotional and even spiritual preparedness of humans about these mysteries.

And, it may not be so simple as friendly visitors from another planet who want to help us and show us their advanced technologies, though those could be aspects of the situation.

This is why some people advocate a safe and discreet orientation and acclimation process to educate Americans and people worldwide about the nature of the possible elements involved.

It might not be simply that “we are not alone.” The very nature of Nature and the dynamics of the Universe or multi-verse around us and within us might be different than what we learned in school.