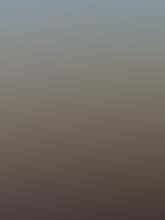 The apparent growing awareness of the possibility or probability that we are being visited by extraterrestrial and other unconventional intelligences seems to pose some important questions.

These questions take us beyond the discussion about if we are being visited or if UFOs are exotic spacecraft of some kind.

Anyone of average intelligence who has done a moderate amount of research on the subject can safely conclude that something along these lines is going on.

If we were to request a “SitRep,” a situation report, about where we find ourselves, what would it say? What really is going on? How does it affect us? What might happen in the future? How will we adjust to a changing reality?

To deal with these and other interesting questions, we will probably need to improve and enhance our “situation awareness.”

Limiting the discussion to UFOs and extraterrestrials might be too narrow a focus. Those topics certainly seem to be part of the overall scenario at hand. But what other related factors are in play?

Certainly, modern scientific theories of multiple dimensions or a “multi-verse” appear to be significant. Other elements of modern quantum physics bring to mind the ideas of wormholes and star gates.

What is going on in the biological sciences that might be relevant? Studies of the human body and those of the animals, plants and other life forms that share our Earth are revealing fascinating secrets and discoveries.

In fact, it might be wise to pay attention to the many kinds of scientific study about our planet and the life on it before serious climate change, pollution, overpopulation or some other cascading or sudden catastrophe create very serious problems for the human race.

Do we really want to reach the tipping point of dangerous developments for the human species, as well as other animal and plant life on Earth?

Maybe a more positive tipping point of some kind is a more useful goal. This brings the circle back to the important discussion of human consciousness.

If extraterrestrials – the good, the bad and the ugly – angels and/or other unusual intelligences are conducting activities in and around Earth, what impacts will there be on us average humans going about our daily lives?

This also completes a circle of our discussion of the SitRep about where we are, what is going on, how these developments might affect us, what will the future bring and how we can adjust to a changed reality.

We might consider that it could be, and probably is, a complex situation. The more knowledge and understanding we can acquire, the more prepared we will be.

Safety, preparedness and even “operational security (OPSEC)” could be helpful. Strength, compassion, honor and the other positive attributes of the human race could also be useful.

It seems that we may need to use the mind, body, heart and soul to face these emerging developments.

We might consider taking advantage of the insights reflected in the concept of “transcendent warfare,” a term used to describe the optimum use of certain leading-edge discoveries, such as those in the U.S. defense and intelligence activity called Project STAR GATE.

Yet, at the end of the day, we might focus on that which is pure in the human heart.