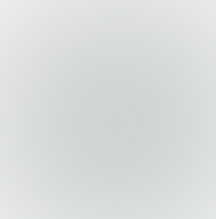 Researchers, journalists and others seem to be re-evaluating reports about unconventional U.S. defense and intelligence activities regarding contact and interaction with extraterrestrial life.

The “situation awareness” about possible visitation to Earth by extraterrestrials, as well as other emerging scientific understanding about many phenomena, appears to be steadily improving.

The nature of time and space, advanced research in human consciousness and the nature of apparent mysterious intelligences in the Universe or “multi-verse” are just a few of the key areas in leading-edge and forward-leaning investigations.

There are specific areas of interest and study as well as broad themes and indications that probably are worth paying significant attention to.

There are misconceptions as well as misinformation about some anomalous and mysterious phenomena. And, there are many areas of importance that we just don’t fully understand, according to some researchers.

To address, respond to and enhance increasing interest in various kinds of edge-science developments, new education, communication and information platforms are coming forward.

Interestingly, Tempe is also home to Arizona State University’s Beyond Center for Fundamental Research, led by Dr. Paul Davies, author of the book “The Eerie Silence: Renewing Our Search for Extraterrestrial Intelligence.” The Beyond Center, staffed by ASU professors from diverse fields, is investigating and discussing a wide and deep range of emerging scientific knowledge.

The new magazine “EdgeScience,” associated with the Society for Scientific Exploration, recently published its third edition. This publication also looks at forward-leaning views and research in a variety of scientific fields.

And, information continues to surface about the U.S. defense and intelligence communities’ research into human consciousness, extrasensory perception and remote viewing.

Usually referred to by the final code name known to the public, Project STAR GATE, these research and operational intelligence activities provided tremendous new understanding about the potential of human perception and awareness.

Through these and other efforts, there appears to be increasing awareness that there is much to be learned and understood about unknowns and mysteries in Nature around us and within us.

The recent attention paid to an account of the alleged U.S. investigation, apprehension, interrogation and “deportation” of a human-looking extraterrestrial reflects changing perspectives on such possible situations.

Referred to as “Operation TANGO-SIERRA” in recent online accounts, in 1980 U.S. defense and intelligence agents reportedly intervened in the ongoing contact between the extraterrestrial and a federal employee that had begun in 1977.

The initial source for this report is allegedly one of a handful of current and former Defense Intelligence Agency (DIA) officials who for the last several years have been releasing information about U.S. government activities involving extraterrestrial contact.

The DIA source put a researcher and educator, Victor Martinez, in touch with another source from an unnamed government agency. Martinez then passed the report on via e-mail to a large list of researchers, current and former government officials, and others.

These same current or former DIA officials had reportedly followed similar procedures leading up to the release of information in late 2005 about an exchange program between the U.S. and a friendly extraterrestrial race of beings.

The program, which reportedly began in the early 1960s, sent 12 carefully selected and trained U.S. military personnel to the home planet of these extraterrestrials for a planned ten-year stay.

The effort, referred to in the releases as “Project SERPO,” may have been the basis for part of Steven Spielberg’s 1977 movie “Close Encounters of the Third Kind.”

Are reports about Operation TANGO-SIERRA and Project SERPO entirely true? Are they partially accurate mixed with inaccurate information? This is obviously difficult to determine. It is possible that there are truths “between the lines,” though the details might be altered or even untrue.

The broad concepts about UFOs, extraterrestrial visitation and U.S. government engagement in the situation may, though, be truthful. What general messages can be taken from these two accounts?

It seems that some of the main themes are: ETs and possibly other anomalous intelligences are here on Earth, certain U.S. government elements have been actively involved for quite a while and the situation is complex, sensitive and challenging.

In addition, the wider public may have a “need to know” through a gradual, safe and steady process of information, communication, education and acclimation.