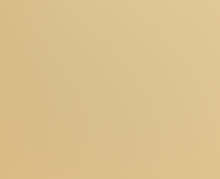 While the people of a small Arizona Territory town in 1873 are busy battling regional Apaches, hostile extraterrestrials attack and unite the warring humans in the movie project “Cowboys and Aliens.”

Will the foreign invaders try to push the humans off their land using advanced technology and weapons? Do the extraterrestrials regard the Earthlings as primitive savages?

Maybe the humans have a higher consciousness and are better prepared to fight this unconventional conflict than the aliens expect.

Harrison Ford, Daniel Craig and Olivia Wilde are among the cast members who will push back against the hostile ETs.

Universal Pictures, DreamWorks and Imagine Entertainment will reportedly begin shooting in Arizona’s neighboring New Mexico in June or July and casting calls for extras have already been announced. “Cowboys and Aliens” is planned for release in summer 2011.

Steven Spielberg and Ron Howard are two of the many moviemaking and creative development pros involved. Jon Favreau will direct.

Discussions about the possibility of visitation to Earth by extraterrestrials or other unusual intelligences, including the story in “Cowboys and Aliens,” often note the impacts on Native American Indian tribes when Europeans landed in “The New World.”

Using high-technology weapons and what we might now call psychological warfare, Europeans dominated Indian tribes militarily and obtained nearly all of the lands the indigenous people had lived on.

Biological warfare also played a part, both intentionally and inadvertently, as Indians were wiped out by European diseases.

Some tribes, notably the Cherokee in the 1700s Appalachian Mountain region, intermarried with English, Scottish and other Europeans to a degree, and assimilated into the new dominant culture.

Still, their lands were taken from them and their way of life was changed forever.

A century later in the mid-1800s southwest, where “Cowboys and Aliens” takes place, a similar story played out as Apaches, Navajos, Utes and many other tribes were militarily defeated and the lands they lived on taken by the waves of strange invaders.

Today, Arizona and New Mexico are both home to large Native American Indian populations descended from ancient people who lived in the region for many thousands of years. Some of these tribes also have longstanding legends of star people and intelligent beings who are not humans.

These tales are not only historical accounts. There are also current and ongoing reports of anomalous beings, UFOs and other mysterious situations on Indian lands, including in Arizona and New Mexico.

These alleged incidents and experiences are in many ways consistent with continued indications about the possibility that Earth is currently being visited by extraterrestrial and/or some other kinds of intelligent beings.

Tales of the 1947 crash of a spacecraft near Roswell, New Mexico, still fascinate the public. These kinds of stories also form a basis for other claims that the U.S. government, military and intelligence services have been dealing with such a situation ever since.

In fact, Spielberg’s “Close Encounters of the Third Kind” (1977) is rumored to be partially based on a real-life U.S. operation referred to as Project SERPO that sent a team of U.S. personnel with friendly aliens to their home planet aboard their spacecraft.

A claim that human-looking extraterrestrials are among us was also the theme of a recent story about the alleged Operation TANGO-SIERRA, a U.S. intelligence effort that investigated and captured such an ET.

Also in recent weeks, a new emphasis on these kinds of issues emerged in the mainstream media as prominent scientists openly discussed possible impacts of human contact with extraterrestrial or anomalous life forms.

“Cowboys and Aliens” might also help us think about the many elements of such a scenario, not only in the present day or even in the 1800s, but also in the more distant history of American Indians and the human race as a whole.

In the movie, the townspeople and Apaches work together, adapt their minds to a rapidly-changing reality and develop new methods to deal with it.

This sounds a lot like “transcendent warfare,” a term used by a Navy SEAL officer in a research paper about the U.S. government activities involving human consciousness and perception known as Project STAR GATE.

“Cowboys and Aliens” has the potential to take audiences to an exciting exploration about these many elements of human and American history, accounts of real extraterrestrial contact with Earth and how we might deal with different types of strange visitors who could be friendly, hostile or some mix of both.