UFODigest.com » Aliens and UFOs » UFO Sightings » Extraterrestrials in the news, and maybe in America 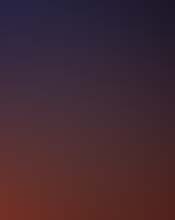 Recent news and related accounts such as those described in the online article “Human-looking extraterrestrials secretly in U.S.?” seem to have resonated with many people.

Factors involved in the apparent large amount of interest probably include statements by astrophysicist Stephen Hawking on the potential hazards of contacting extraterrestrials.

His comments in a Discovery Channel documentary program have been covered by many journalists and media platforms.

Recent news articles about the Search for Extraterrestrial Intelligence (SETI) program have also probably provided synergy regarding interest in this topic.

Additionally, other scientists, experts and interested people have weighed in on this fascinating topic.

Is the apparent convergence of these and other current events some kind of “synchronicity” – seeming coincidences that actually have connections, meaning and intelligence? This possibility might be worth considering.

There might also be an education or preparedness plan of sorts in the works.

Many individuals and groups are interested in greater understanding and the availability of information about the possibility or probability that we have been visited by extraterrestrial and/or extra-dimensional intelligent beings, cultures and civilizations.

Bringing more appropriate information on these kinds of topics into the public media and public consciousness may have some benefits, and some drawbacks.

Anxiety or concerns about extraterrestrial visitors, famously evidenced in the 1930 “War of the Worlds” radio show that caused widespread panic in the U.S., are and should be a legitimate concern.

As noted in the 1992 firefighter training manual “Fire Officer’s Guide to Disaster Control,” psychological impacts of UFOs and related phenomena are a major hazard involved in public safety.

The authors of “Fire Officer’s Guide to Disaster Control” point out that “one of the reasons often cited for the tight secrecy on government UFO research findings is the need to prevent the possible panic that a revelation of the truth might arouse.”

Additionally, the “Fire Officer’s Guide” states that secrecy seems to cut both ways. “One reason given is that military intelligence may view the UFOs as a tool of either a known or unknown potential enemy. If these vehicles prove evasive and surreptitious, all the more reason to suspect them … the probability looms large that the minds behind these vehicles may well be gathering intelligence of their own.”

“Another reason for secrecy may lie in the hope of obtaining knowledge relating to advanced propulsion methods and anti-gravity systems before other potential enemies on Earth may acquire it. Hence, though many nations are secretly investigating UFOs, they are reluctant to share their findings,” according to the “Fire Officer’s Guide.”

The authors also point out that ” … if the apparent visits by alien beings and their space vehicles should pose any type of threat, it will, as always, be the fire service that is called upon to provide the first line of life-saving defense and disaster mitigation.”

In an April 30, 2010, article titled “Stephen Hawking alien warning: Could we talk to them?” on the Christian Science Monitor Web site, CSM staff writer Peter Grier tells readers that a respected cryptologist at the U.S. National Security Agency wrote an unclassified paper decades ago about developing communication methods for contact with extraterrestrials.

NSA cryptologist Lambros Callimahos “developed and taught the NSA’s most intensive senior cryptology course,” according to the article.

Callimahos’ paper, “Communication with Extraterrestrial Intelligence,” proposed communications concepts and methods that could be used.

“Fascinated from childhood by both music and codes, he volunteered for cryptology during World War II, and eventually developed and taught the NSA’s most intensive senior cryptology course,” Grier noted in his article. “He died in 1977 and was inducted into NSA’s Hall of Honor in 2003.”

Grier’s article also explained that Callimahos apparently had a positive view of human contact with a superior extraterrestrial intelligence. “Like Hawking, Mr. Callimahos assumed that any aliens who contact Earth probably will be our technological betters.”

“Unlike Hawking, Callimahos thought this would be great,” Grier wrote. Callimahos reportedly noted “the enormous potential gain from our contact with a superior civilization” in a 1966 article he wrote for the NSA Technical Journal.

In sync with Grier’s enlightening information about Callimahos’ formal interest in this topic going back at least to the 1960s, other accounts of U.S. government interest and activities regarding possible ET contact also claim that much work has been discreetly conducted in these kinds of areas.

One of the most interesting reports is the claim that Steven Spielberg’s 1977 movie “Close Encounters of the Third Kind” actually was based on a true U.S. operation in the portrayal of a secret, special 12-person U.S. team in a planned rendezvous with ETs on U.S. soil.

According to information that has been catalogued on the Web site Serpo.org, in the early 1960s, after many years of preparation following the Roswell incident and other related situations, certain U.S. military personnel were screened and trained for a planned 10-year exchange program.

They reportedly went to the home planet of apparently friendly extraterrestrial representatives.

As in the “Close Encounters” movie, the operation allegedly did proceed, and at a landing of the ETs’ spacecraft within the U.S., the 12-person team boarded with years’ worth of supplies and equipment for the extended mission.

The Project SERPO accounts are claimed to be accurate, at least in the broad sense and with regard to the core story. Information about the program was reportedly released for the public by current and former officials of the U.S. Defense Intelligence Agency. However, the accuracy of these reports has also been questioned.

Now, there are similarly-based reports of a U.S. intelligence operation that investigated and apprehended a human-looking male ET who was conducting some kind of activities involving a female federal employee.

The alleged Operation TANGO-SIERRA carried out by U.S. intelligence community personnel reportedly came to the attention of then-president Jimmy Carter, according to the recently-released information.