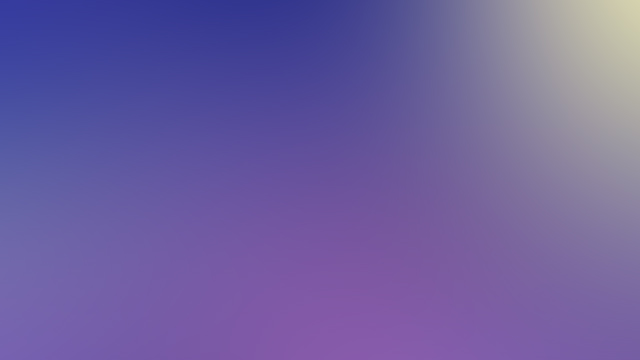 Alien civilizations exist is a belief system. The story of aliens visiting this planet was here all along. We just didn’t understand how to perceive through the filters of our mind what we call the facts of truth through logic and reasoning. Dan Brown’s story of the mysteries behind the Da Vinci Code has opened our eyes to other possibilities as to how to read the mysteries of life in our ancient religions about the ancient religions. Just like Zechariah Sitchin and the Annunaki stories in the ancient translations of the Sumerian texts in cuneiform we are now willing to open our eyes to the ancient mystery schools. 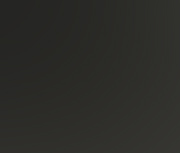 People choose to believe in aliens and UFOs. People today can now understand that there are many people who report sightings and alien ET contactees are now coming forth to report interaction in person, in lucid dreams, and dreams that are epiphanies and are sharing divination and revelation. Many report that the veil has never been thinner between this world and the next. What is termed the shift into another dimension of time and space and spacetime for travelers is upon us as the Ascension Age. What was once called the Age of Aquarius is now called the New Age of Ascension for us all. The Golden Age of Cosmology is now about aliens, and UFOs in space. We are now going to see the change called the shift of humanity into the future world of knowing that there is more than our one species in the universe that exists. How will we define ourselves now that we know there is more than one humanoid sentient intelligent being species? Also, it is now shared that there is more than one universe in science and in religion. We are expanding our universal mind. We are expanding our understanding of time. The new walk replaces the old walk in our spiritual path of life.

What is the significance of a woman as a vessel, a container, a receiver? In the Da Vinci Code is Mary Magdalene the Holy Grail? Symbolism in classical mythologies is older than Carl Jung’s psychology. Secret mysteries of why women give birth and not men in this life has given rise to stories dealing with the beginning of life since time began. Birth is life’s greatest mystery since it is that which cannot be figured out other than knowing that we are all born the same way on planet earth and this is alien to science. Sacred energy that cannot be destroyed comes to earth in a form and leaves in a form from somewhere other than what humans have figured out thus far. We can figure out how life is formed inside a woman once what only sexual intercourse with a male once produced. Now, on earth women can receive in vitro fertilization. In vitro fertilization (IVF) is the joining of a woman’s egg and a man’s sperm in a laboratory dish. In vitro means outside the body. Fertilization means the sperm has attached to and entered the egg. Normally, an egg and sperm are fertilized inside a woman’s body. If the fertilized egg attaches to the lining of the womb and continues to grow, a baby is born about 9 months later. This process is called natural or unassisted conception. What about what use to be alien to this planet becoming normal in space and in this place we call home as planet earth? When do we become alien?

Mary Magdalene becomes important in this life as a woman who was not a wife and mother but a virgin who gave birth in most stories about a man and son who would become the Christ or savior of all humans who come to earth after him and take on the faith, hope, and believe in the story that one can be saved from Hell when leaving this planet after death. This is the main theme of what in today’s time is called the ascension process or the spiritual path for this mysterious alien energy that comes to a woman vessel, container, or receiver.

Humans may find it an odd story to argue that she was nothing more than a poor woman called a prostitute in order to belittle life to something wrong by coming to earth without proper legal ties to a man as a husband and rightful claim to be a father. What secrets through stories in religion were to be shared with those who come to earth by learning of this story if any? Are we to believe that Mary Magdalene was a witness to Christ later in life and a believer while Thomas doubted that Christ was real after returning after death? Thomas is said in this same story that he had to do a touch and feel of the wounds of Christ physical before believing that Jesus or Yeshua had been resurrected from the death that we know happens to all humans.

In the story of Jesus Christ and Mary Magdalene whether we can believe it is real or not in symbolism in our day and time represents that women represent the part of humanity that never lose faith and hope for people who see is enough to understand that life is more than just physical. This story represents that we are more than physical creatures and are all alien to this planet. The story is that feminine intuition is more powerful than reason. The female women like Mary Magdalene in this life believe and trust their intuition while the mean like Thomas do not. This is an analogy of how we still think today about aliens visiting planet earth and is an ageless story in time no matter how it is told or who the players may be. Life on earth is meant to be shared and to have mysteries for the secrets of the supernatural to behold. The alien seed of all of us in the beginning was formed somewhere before arrival on earth and will return to that source from which it came.

This is the reality of Christianity in churches has held as the secret throughout our ancient ancestors and forefathers of our great countries has shared as history. Other countries sharing the Abrahamic faiths such as the Muslim faith also recognize this story even though they must worship their founder as Allah and Mohamed who talked to the Angel Gabriel to get the power of the secrets to form a new religion on earth. Abrahamic religions (also Semitic religions) are the monotheistic faiths of West Asian origin, emphasizing and tracing their common origin to Abraham or recognizing a spiritual tradition identified with him. Three of the world’s major religions — the monotheist traditions of Judaism. Abraham as their first prophet, they are also called the Abrahamic religions. The Abrahamic religions are religions originating from the traditions of Iron Age proto-Judaism; the major ones are Judaism, Christianity, and Islam, though there are others that are either offshoots of the main three. Judaism and Islam are unambiguously monotheistic though Christianity is sometimes seen as polytheistic due to the three persons in the Trinity.

All Abrahamic religion share in common the worship of a single God, variously named El (ancient Semitic name), YHWH/Yahweh (Jewish tradition, sometimes used in Christianity), Jehovah (taboo deformation derived from early Christianity and rabbinical Judaism), Allah (Muslim, from the Arabic form of El), and numerous others. The term “Abrahamic” derives from the status of the Biblical patriarch Abraham as the purported founder of all such related faiths. In modern times, Christianity and Islam are two of the largest and the two most widespread of the five major faiths of the world the others being Hinduism, Buddhism and “Chinese Traditional”. Torah, the first five books of the Bible. Judaism adds the Tanakh (Old Testament); Christianity adds the New Testament (and, depending on the branch, some of the Apocrypha); Islam replaces the entire thing with the Qur’an, which has some connection to the Old and New Testament. The fundamental prophets of these three branches are, in chronological order, Moses, Jesus Christ, and Mohammed. Although “Nonreligious” comes in forth, it is not an organized religion in any sense. However, believing that alien civilizations exist could be thought of as a belief system of faith. Alien civilizations exist is a fact of life.