UFODigest.com » Paranormal » AN ACT OF FAITH OR A PARANORMAL EVENT IN KOREA 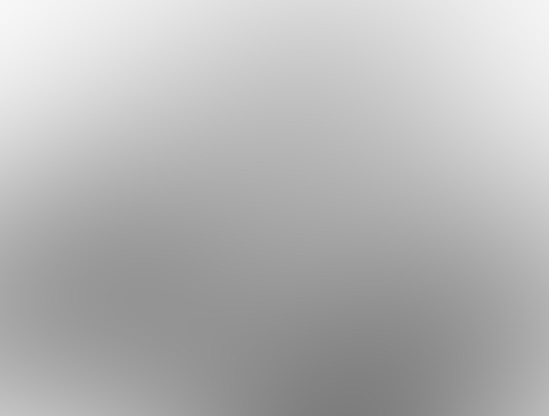 I read a very interesting entry that came from a reader of the Fate Magazine. This Fate reader had written in to the magazine about a personal experience he had while on the battlefield in Korea as he was a veteran and felt his experience was relevant to the Fate Magazine experience. I agree. This story is a gut wrenching account of an act of faith or maybe paranormal manifestation under enemy fire during the very worst of the forgotten war that many of us who have fathers who were veterans in that conflict know as the Korean War.

First, I would like to point out some facts that few people are aware of in that conflict as much of our past experience in these “Police Actions” as they have been neatly termed, truly know about. As well, the politically correct climate that America has been deceived by for the last two decades has done a lot with such people as Senator John Kerry or actress, Jane Fonda, to stain the fine reputation of American fighting men overseas whose sacrifices deserve much better understanding and gratitude than our present leaders such as President Obama have cared to bestow upon our brave soldiers.

Never doubt the sacrifice of our men in arms

For those of you who lean left and have actually disparaged our military in its sometimes desperate situation in wars abroad I will say this. Where White House leadership has forced our military to first participate in highly unpopular wars and then to force our armed services to fight with one hand tied behind their back as President Truman did to our warriors in Korea and as Presidents Johnson and Nixon did to our fighting forces in Vietnam, I will never fault our brave men and women for answering the call of duty.

History aside from the forgotten atrocities

Let’s take a true look at the Communists in North Korea and how little they valued life, not only of South Koreans, not only of us hated Americans, but of their very own troops. It is one thing to kill the enemy with savagery that violates the Geneva Convention, but another thing all together to sacrifice your own soldiers with no consideration for their safety and as General Santa Anna was once quoted as saying prior to his massacre of the defenders of the Alamo, “the lives of soldiers are like so many chickens.” This has been the problem since time began with arrogant commanders who needlessly allow the massive casualties when there are other  ways of attaining victory. Yet, North Korean and Chinese Commanders did not see things this way, and history has a way of sometimes overlooking the atrocities committed in war and making a hero or a victim out of those who do not deserve either of these descriptions.

The actions of the Communists in North Korea were not only despicable, but incredibly inhumane and bordered on the very horrid atrocities that were suffered by the Chinese under assault from Japanese forces during World War II which are beyond belief of any so-called civilized society. When General MacArthur led arguably one of the most brilliant amphibious landings on the totally unsuitable Inchon harbor and islands thus taking the North Koreans by surprise and routing the North Korean Army to a quick defeat, he ignited a reaction by the Chinese that either he was anticipating or actually wanted in order to justify the invasion of China and taking out the Communist leadership as well. This was an act that led to his forced resignation by President Truman.

As history will tell us more than 300,000 Chinese regular troops poured across the Yalu River and into North Korea. Their initial forward units were annihilated by forward units of MacArthur’s invading forces, but being outnumbered more than 30 to 1 took its toll upon the Marines and Army troops who were fighting beyond their supply lines. What history has failed to reveal is that Mao Zedong ordered captured Nationalist Chinese troops who were under Chiang Kai-shek who had fought the Communists and had been driven out of China to the island of Formosa had been sent in waves unarmed to meet an assured slaughter as the Chinese Communists forced them to charge into the range Marine gunfire or be killed by the troops from behind if they failed to do so. This strategy was used to get the Americans to use up their ammo!

One man who knew and saw Communist inhumanity

My father served in Korea in two tours of duty. As a Marine Staff Sergeant in command of artillery units, he was well acquainted with the manner in which the Chinese allowed the slaughter of their men. He told me how the Communists willingly sacrificed thousands of their soldiers against well emplaced US Marine artillery and overlapping fields of fire that any normal commander would never waste the lives of his men over. Yet, the Communists allowed horrid casualties to mount upwards as they pushed their soldiers to attack over well protected and heavily guarded killing fields that only forced US forward units to waste ammo as they were quite well outnumbered even though they made up for it with superior planning and strategic batteries of howitzers both 105 mm and 155mm that were used to devastating effect upon the Chinese troops. It was clear that to Chinese leadership valued little their human resources.

I will not go into the terrible accounts of what happened to US soldiers many times freezing to death and running out of ammunition as they were stormed by thousands of Chinese Communist troops, but I will say this. When North Korea was first invaded by heavily armored units of Russian made tanks that slaughtered the South Korean Army, President Harry Truman responded by ordering completely unfit and untrained US soldiers from mess Sergeants to National Guardsmen barely out of high school with peach fuzz on their chins into an assured meat grinder of overwhelming enemy forces in an attempt to slow the progress of the invading North Korean Army. The result was tens of thousands of American casualties in the weeks that followed as reservists were called into active units or relocated from other regions of the world and transported into battle.

You see as young American men were being slaughtered by Communist North Koreans who had been spoiling for a fight against South Korea for some time and had finally attacked in 1950, America was just recovering from saving the world just 5 years earlier in World War II thinking that the world would not want to see another war again. So, we had once again allowed ourselves to let the US military dwindle in numbers as aircraft worth millions of dollars were literally pushed off the flight decks of aircraft carriers to sink to the ocean bottom and an active US standing Army was largely dismissed and returned to civilian life.

It is in this savage backdrop that I bring you this bizarre account of an incident that happened during the more desperate era of the Korean War during the bitterly cold winters that ravaged the upper latitudes of the Korean peninsula. It was here that chilled American GI’s who were wearing World War II issue European uniforms that were unfit for the kind of extremes they would encounter in the frigid conditions that bit into the fighting men in the Korean topography.

This person who had written into Fate Magazine had been among those in this patrol whose brutal encounter I am about to describe. This was a routine patrol in the bitter depths of the Korean winter in deep snow. The soldiers were to reconnoiter the outer perimeter of the forward region where the first waves of the enemy would arrive if an offensive were to happen. Each and every day they were sent out on sorties to evaluate possible enemy troop movement or activity on American held real estate. It was a dangerous business out there in the cold packed snow searching for an enemy that might or might not be there.

As the rifle squad of US Army troops passed a particular position where a well hidden machine gun nest awaited them they were fired upon and as the men took cover or hit the dirt one man was wounded. In pain he cried out to his buddies for help. The Communists knew that Americans did not like to abandon their wounded and so waited to enact the typical scenario of picking off each and every attempt by the US troops to recover their wounded. Against the orders of their commanding non-commissioned officer, a sergeant, one of the soldiers ran to grab his buddy and was immediately machine gunned down. Now there were two casualties.

A deadly stand-off had taken place that the Americans would not win unless they outflanked the machine gun nest and destroyed killed the machine gun crew so they could carry their wounded away, but instead they remained pinned down as the machine gun crew laid down fire each time they attempted to move. Spurred on by the cries of the wounded another GI (general infantry) ran to the assistance of his buddies as the sergeant warned him not to, and was shot down in short order. Now the situation was grave. Two men dead and one wounded soldier calling for help as the remaining patrol hunkered down under scathing machinegun fire.

An act of faith?

Suddenly a corporal pulled his Saint Christopher from inside his shirt and held the Catholic emblem out in front of himself still chained to his neck as he walked toward his wounded comrade. The Communists fired away but could not seem to hit the GI armed only with his St. Christopher as he moved forward and to the aid of the fallen soldier. Finally the brave GI grabbed the wounded man and slung him over his shoulder. under fire, the Catholic GI carried his wounded buddy back to safe cover. There were two remaining witnesses to the incident, the man who wrote in to Fate Magazine and his sergeant, who was so stunned by this display of faith that he retired as soon as he could afterward.

There was no mention of whether or not they knocked out the machine gun nest or withdrew from the firefight, but the incident had clearly left an impression on the man who had written in and his sergeant, a career man, who quickly ended his tenure as a non-com officer after the incident out of shear astonishment at what he had witnessed. The man who wrote in to describe the bizarre event in the Korean conflict wanted only to make a point about how faith if strong enough could allow men to overcome the insurmountable even in the face of death. In this case, apparently an act of faith had summoned the mercy of our Lord or had invoked a paranormal event that overcame incredible odds and saved the life of at least two men. We will never know for sure.

Even in the bitter despair of the worst conditions and the most savage of enemies sometimes mercy is shown and the gift of life is somehow allowed in order to continue on and bear witness to such a seemingly miraculous happening that few would ever have the courage to test. Reality can be stranger than fiction and faith even stronger than belief in the material world.