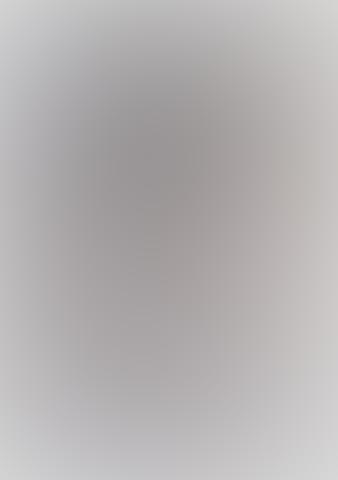 (This article originally appeared on the Transcendent TV & Media site at http://tvtranscend.blogspot.com.)

If some unidentified flying objects (UFOs) are related to intelligent visitors from elsewhere, what is the impact on national security and global security? This is a question that may have faced U.S. and international officials at least since the World War II era.

Wartime security and secrecy procedures probably would have been implemented in such a case. The alleged Roswell incident reportedly occurred in that climate when “Loose lips sink ships” was one of the mottos to remind Americans to keep information about sensitive military activities secret so it would not fall into the hands of enemies.

Many elements of American society including industries, scientists, journalists and others understood the reason for this kind of security related to defense matters and gladly cooperated. American lives were at stake and the outcome of WWII hung in the balance.

And, the “need-to-know” guideline used to maintain security was (and is today) widely accepted as reasonable and necessary in many cases.

During and after WWII, loyal Americans were helping make sure that necessary secrecy was maintained to protect the country and our friends around the world. Most people probably assumed that this was a united group effort that benefited everyone in the long run.

Today, concerns exist about finding the balance between certain security situations, including UFOs and other anomalous phenomena, and making sure that this balance is a united group effort that benefits everyone. Is secrecy at the appropriate levels? Do Americans have a need to know about certain developments?

Many researchers and others have weighed in on these kinds of questions. In fact, there may be different kinds of views within the defense, intelligence and scientific communities about how much and what kind of information and awareness should be made available to the American people.

Additionally, how the information is made available may be a key factor.

It’s hard to make a judgment without knowing more about what we might be facing. Is there a threat from hostile adversaries from elsewhere? Are there friends and allies who want to help the human race? Are there just explorers, visitors and those passing through who are neutral and unconcerned one way or other about the human condition on Earth?

Managing relationships with our international human friends, allies, “frenemies,” competitors, adversaries and flat-out enemies is quite challenging. Maybe we can think about how more complex it would be when dealing with unusual visitors from elsewhere.

Gathering intelligence might be a lot more difficult. As in dealing with other human groups, communication and cultural differences could also play a part. In the case of certain extraterrestrials or other anomalous beings, actual physical and biological differences could also be an element. Gaps between humans and others in technology and/or deeper knowledge might be significant.

If unusual visitors are actually interacting with Earth and humans, who are friends, allies, frenemies, adversaries and flat-out enemies?

And, what if some visitors want to “save us from ourselves?” That is, they look down on the Earth, gather intelligence about how it is functioning and being run, and note that there is vast poverty, hunger, suffering, disease, ignorance, injustice and overpopulation.

What if they note that the Earth’s ecosystem and climate are in grave danger? Or, maybe they know that Earth may face some other threats that we do not fully understand at this time.

And, they may see that the human race has the potential to rise to a higher consciousness and deeper understanding, but is not there yet.

These are quite complex dynamics that could actually be facing us now, if you believe the many credible researchers looking into these topics.

Maybe we can understand how difficult it would be for insiders in the defense, intelligence and scientific communities to sort it all out and make sound decisions. Their missions include protecting and helping the American (and other countries’) people in various ways. Maintaining appropriate security is part of this.

And standard intelligence tasks do not just include gathering information and keeping it secret. They also include interpreting and organizing the information, then disseminating it to the right people in the right way.

In the case of the UFO subject, providing information to the people about what they need to know may be a legitimate and important part of this intelligence mission.

The people, for their part, probably must take the responsibility for being open to new information, including that which is subtle, complex, “between the lines” or presented in relatively general ways. We might also need to use our own judgment, perception and gut feelings about what we are told.

We might need to find understanding within ourselves about what is going on. Human consciousness is undoubtedly a key factor that is part of the overall situation.

As we move forward, there will be more research into UFOs and what is going on. Many people will learn more, one way or the other. This ongoing educational process can contribute to national and global security, as well as enhance the development of the human race.