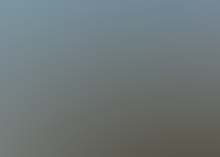 Although Arizona has been in the news for the recent actions by the state legislature and governor, the state also is known for its other alien visitors – and these are not from Mexico.

Arizona is home to an interesting array of locations and incidents associated with leading-edge scientific developments and even highly unusual incidents.

For example, the March 13, 1997, so-called “Phoenix lights” case was clearly one of the most significant UFO sightings in recent decades. One or more large unusual flying objects were reportedly witnessed by hundreds, or maybe thousands, of Phoenix-area and Arizona residents that evening.

Theories about that night include views that the sightings were of U.S. advanced aircraft or that witnesses mistook a group of conventional planes for one large object.

Other opinions involve the idea that the incident was a U.S. “psychological operation (PSYOP)” of some kind. And, of course, one view is that it was an extraterrestrial craft.

This past April, a reliable witness reported the sighting of large U-shaped or V-shaped UFO near Lake Pleasant, at the far northwest edge of the metro Phoenix region.

The object had flashing red, yellow, blue and green lights and zipped around the sky briefly west of the I-17 freeway near the turn-off of the Carefree highway, the road to the towns of Cave Creek and Carefree on the far northern side of Phoenix, according to the witness.

Former U.S. senator from Arizona Barry Goldwater, who was also an Air Force reserve major general, famously inquired up the chain of command about UFOs and extraterrestrials, but said he was strongly told to back off from the topic.

Some researchers also say smaller unusual globes of light are often seen flying around the metro Phoenix “Valley of the Sun” area.

But the Phoenix lights case and other reports of unidentified flying objects are not the only aspects of Arizona related to forward-leaning scientific investigations of the unknown.

At both Arizona State University in Tempe and the University of Arizona in Tucson, scientific activities involving the U.S. space program have reportedly been key to the success of several U.S. space projects, including the search for extraterrestrial life.

Additional advanced programs in various other fields are also leading the way.

These include the Beyond Center for Fundamental Concepts in Science at ASU which explores a wide range of scientific disciplines. The center calls itself “a pioneering center devoted to tackling foundational questions of science and philosophy.”

In addition, the U of A’s Veritas Research Program is looking at consciousness and life after death. The interesting investigations there are changing how we look at human consciousness and the nature of reality.

The Arizona Center for Integrative Medicine at U of A is headed by well-known physician and professor at U of A’s respected medical school, Andrew Weil, M.D. This center is providing valuable leadership in reshaping and improving wellness, disease prevention and health care.

Several major observatories are also located in southern Arizona’s majestic Sonoran Desert. Here, leading astrophysicists and other scientists are making significant progress in knowledge about the Universe and Earth’s place in it.

These and other activities in the Sonoran Desert region of Arizona are fascinating and leading to progress in the sciences and the human condition for people throughout America and around the world.

The many Native American Indian communities throughout Arizona are also contributing to cultural awareness and expanded views and perspectives about history, philosophy and Nature.

Their traditions and ancient knowledge are now apparently blending in many ways with modern scientific understanding. And, some of their legends seem to reflect unusual happenings going on now.

In the central Arizona mountain region, Sedona is internationally known as a physically beautiful and mystical place that could involve unknown energies.

The amazing red rock mountains and outcroppings of the area are truly breathtaking. Visitors from around the country and around the globe travel to Sedona to see and feel this magical beauty.

Have unconventional or anomalous incidents also occurred in the Sedona region? You bet, say some of the locals. Ancient Native American Indians of the region reportedly considered it a special and sacred place.

Today, visitors hike the many trails, take adventurous jeep tours, enjoy the Western art galleries and relax in the local inns and resorts. Some even find that the alleged metaphysical and spiritual energies in Sedona help them gain new perspectives.

In northeastern Arizona, the “Four Corners” area is home to the Navajo and Hopi nations, as well as Monument Valley. This region is not only rich in history, culture and unique beauty, there have also been reports of unusual happenings that are not fully understood by modern science.

The spirit of creativity is also alive and well in the state. Arizona has been a location for movie-making since the 1920s. The diverse landscape offers deserts, mountains and forests for filmmakers.

From the 1930s to the ’50s director John Ford returned to Arizona many times to make his memorable westerns. Over the decades, dozens of western-themed films were shot in the state, and this trend continues.

However, Arizona also has a film connection to space and other worlds. It was also a shooting location for the portrayal of another planet in “Return of the Jedi” (1982). “Starman” (1983) was shot in Arizona and included a climactic scene at the famous meteor crater east of Flagstaff.

A wide variety of movies telling stories about different lands and many kinds of people have been filmed or partially filmed in Arizona.

Today, creative media professionals, many living in Arizona, are continuing to develop innovative films, TV shows and other projects that tap into the natural beauty and special energy of Arizona.

Despite current controversies in the news, Arizona’s true nature is deeper and different than today’s headlines.

At a more fundamental level, the region is a place of mystery and beauty, enjoyed by human beings – and maybe visitors from elsewhere, too.