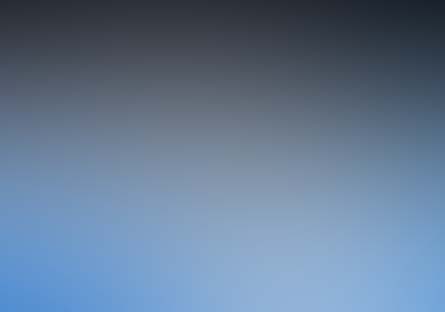 The website of Bigelow Aerospace has been enhanced with a new design and more informative, fascinating features.

BigelowAerospace.com now provides updated information on their “next generation commercial space stations” and the many operational components of the company’s past, current and future endeavors.

As the website notes, NASA’s Commercial Crew Development program is partnering with a range of private companies to develop the resources to take commercial space travel to the next level in safe, cost-effective and innovative ways.

Bigelow Aerospace is now an integral part of the mix with its expandable space station modules.

The redesigned website provides a comprehensive view of their role in future commercial space activities.

Their relationship with Boeing in the development of the CST-100 capsule is a key part of plans to provide crew and cargo transportation to and from Bigelow’s expandable space modules.

A variety of elements involved in Bigelow Aerospace’s efforts are explained in the user-friendly and visually exciting new features of BigelowAerospace.com.

Visitors to BigelowAerospace.com will find five main sections at the top of the home page: Station Development, Station Operation, In the News, Company Profile and Careers. Under each of these categories, several subsections provide further fascinating information.

The Station Development section includes subsections on the history of expandable spacecraft. For readers who think this concept is recent, the website points out the interesting background of the idea.

The successful launches of Bigelow Aerospace’s two prototypes, Genesis I and Genesis II, are also described.

“Launched on July 12, 2006 at the ISC Kosmotras Space and Missile Complex near Yasny, Russia aboard a converted Russian ICBM (the Dnepr), Genesis I became Bigelow Aerospace´s first operational spacecraft and was a tremendous success.”

“Genesis II was successfully launched from the Kosmotras Space and Missile Complex … on June 28, 2007. Like its predecessor, Genesis II is testing and validating the technologies necessary to construct and deploy a full-scale, crewed, commercial orbital space complex. Although externally, Genesis II may look like an exact duplicate of Genesis I, the similarities end there. Genesis II contains numerous systems not flown on its predecessor …”

And now, the larger and more sophisticated Sundancer and BA 330 modules are in the pipeline.

Detailed information on the website about Sundancer and the BA 330 include specifics about occupancy, radiation protection, ballistic protection, propulsion, electrical power, avionics, environment control and life support system as well as the windows that will offer amazing views of Earth and space.

Under the website’s Station Operation section, readers can learn about the planned construction of orbital complexes, linking several inflatable modules, crew and cargo transportation capsules, and other components.

A video on the website’s home page shows how this process would work.

Astronaut training is also explored. “Our space station leases will include training for our clients’ designated astronauts. Training will include qualification screening for mental and physical health, acclimation to physical forces including microgravity, operation of space station daily living systems, and mission specific training,” the site explains.

Bigelow Aerospace plans for these efforts to be a sound business investment by developing customers who will pay for time in space aboard their stations.

“Bigelow Aerospace’s clients will be able to lease the entire station, an entire BA 330 or Sundancer or share space within a module,” according to the website.

The site also notes, “We will provide a comprehensive turn-key experience including our clients’ transportation and on-orbit needs. Whether you are a sovereign nation developing an astronaut program, a corporation interested in microgravity research, or an individual with a desire to experience space, we can help you achieve your goals.”

This section of the website includes recent announcements, print articles and interviews, as well as video interviews from a wide range of national and international media outlets.

More than 300 media articles are listed and linked. These provide a comprehensive overview of media focus and public attention about Bigelow Aerospace’s projects.

Recent interviews with Bigelow Aerospace representative Michael Gold bring readers up to date on the latest developments and plans.

Photos in this section include a view of the plant floor where the modules are being constructed. Website visitors can also see a model of the concept of a moon base using Bigelow Aerospace modules.

Quoting from a New York Times article, this section also points out, “Mr. Bigelow has spent about $180 million of his own money so far and has said he is willing to spend up to $320 million more. An expansion of the factory will double the amount of floor space as the company begins the transition from research and development to production.”

This section of the new website provides a robust overview of Bigelow Aerospace, its activities, vision and the background of founder and President Robert T. Bigelow.

The website states, “With over ten years of research and development, we are dedicated to providing affordable options for spaceflight to national space agencies and corporate clients. In 2006 and 2007, we launched our orbiting prototypes Genesis I and Genesis II, and we are currently working on new-generation spacecraft.”

“Using our patented expandable habitats, our plan is to greatly exceed the usable space of the International Space Station at a fraction of the cost.”

“Bigelow Aerospace’s founder and President, Robert T. Bigelow, is a Las Vegas native who for nearly forty years has operated as a general contractor and developer in the Southwestern United States. Mr. Bigelow’s primary activities have been in real estate development, as well as banking and finance,” the website says.

This section of the website also contains interesting details about the Bigelow Aerospace plant. “Soon after beginning operations, Bigelow Aerospace purchased a 50 acre plot of land in North Las Vegas, Nevada, and initiated construction on a world-class aerospace center.”

“Today, Bigelow Aerospace’s headquarters contains its primary manufacturing, fabrication, and testing facilities, along with its mission control room, a ground station for communicating with spacecraft, a neutral buoyancy tank where structures have been tested to destruction, and high-bays.”

“Data and imagery are transmitted into Mission Control from the two Bigelow Aerospace spacecraft currently orbiting the Earth – Genesis I and Genesis II.”

The website also explains that “Unlike NASA’s Mission Control Center in Houston, Texas, Bigelow Aerospace’s Mission Control consists of a small team of engineers with various backgrounds that are each responsible for the broad operation of all systems on each vehicle.”

“Each controller is responsible for vehicle command and control, data acquisition, vision/imagery operations, ground station operations, and the development and testing of future Bigelow Aerospace modules, among other duties.”

“The Bigelow Aerospace Mission Control Center may be manned at any given time, 24 hours a day, based on the window of time that each spacecraft’s orbit brings it within sight of any of the four ground stations.”

Readers interested in space exploration, commercial space travel and the increasing partnerships between the federal government and commercial space businesses will find BigelowAerospace.com a source of useful information and insight.