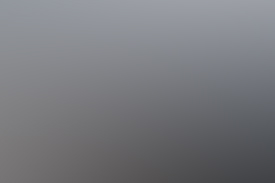 At the turn of the Twentieth Century an obscure but terrifying event occurred in Australia. At Flat Rock as it is known as in Australia, a mysterious incident occurred that left people horrified over the aftermath and asking questions. Flat Rock, an area of flat craggy peaks, near the Australian coast where waterfalls feed into a rocky basin in a primevil mountain range. It is here that a strange event transpired that left a public elementary school teacher and school children in an inexplicable state of shock that left them speechless and unable to articulate just exactly what had actually happened!

Looking back in retrospect at this mysterious incident that left children and a teacher emotionally disabled in its wake, one must ask why this case was never explained or investigated in more depth. One might even wonder why further research was not conducted on this obscure event in later years to determine exactly what indeed had happened in lieu of a scathing effort at trying to determine what had happened, yet did not arrive at an adequate explanation. Apparently with the advent of World War I in years to come and several strange nocturnal aerial sightings in the years to come in Bass Straits this disturbing incident was simply overlooked or forgotten.

It is not unusual for events to occur that are little known even though they might cause fear and confusion being largely overlooked as world events eclipse them, but at the turn of the century in 1900 what was going on that really would have caused such a disturbing occurrence to go overlooked or to be bypassed because of a succession of noteworthy events? Nothing. The Incident at Flat Rock remains enigmatically reported yet poorly investigated and unjustifiably ignored at a time when attention grabbing headlines were relatively in high demand.

Other events in the world

In 1904 a formation of aerial lights landed near a US Navy ship off the US coast but drew little attention after it was recorded in a Maritime journal, the US was involved in countering Muslim guerillas in the Philippines. General Pershing had been chasing Poncho Vila over the US Mexican border, but prior to the tensions that were building in Europe over World War I things were rather calm. There was no reason that the Incident at Flat Rock should have been received with so little coverage by the media other than the remote area of the world that it had happened in. Even though radio was not in wide use yet, the Incident on Flat Rock strangely sank into obscurity unsolved.

As the story goes, a female school teacher of an elementary level class had taken her group on a field trip that would have placed them at the top of Flat Rock. Apparently this was a fairly common exercise that had been carried out before, but on this occasion something went terribly wrong! There are really no witnesses to testify to the actual events that took place, only the disturbing aftermath. After taking what was too have amounted to a blissful field trip the teacher was to lead her class to rendezvous with a horse and wagon to transport the children back down Flat Rock to the school.

From this point all fact and logic flies out the window and only testimony of the compelling aftermath brings many to speculate about the cause, the culprits, and what evil that could have occurred that would lead ordinary children and their teacher to remain in the psychological state they were found in! That afternoon after the school teacher had informed everyone involved what her class would be involved in and where, reality became a very strange and threatening commodity. Because the unknown had come knocking that fateful day and whatever would have normally transpired on a routine school day became a desperate study in the realm of mystery. This bizarre anecdote in history would reverberate decades later in the form of a proposed movie asking the same questions I am pondering now.

In the heat of that fateful afternoon after the teacher and class had failed to return in a timely manner from their field trip at Flat Rock, concerned parents and local authorities had taken notice and a search was conducted. It was not thought to be anymore than a simple explanation at first. A broken wheel on the horse wagon, perhaps an unforeseen delay, maybe a child had ventured into mischief and gotten hurt, but what they speculated over and what they found became two very different things!

Why did this mystery receive so little attention?

As a local sheriff, parents, and volunteers ascended Flat Rock wondering what could have been the matter soon they were to arrive at a seemingly impossible aftermath of some mysterious yet very terrifying confrontation that had left the children permanently mute and traumatized and a teacher that was unable to articulate exactly what could have happened! An event that would have necessitated a rapid response and spike in journalistic reporting did not apparently elicit an international outcry at the turn of the Twentieth Century. Maybe it just wasn’t on par with a brewing war or crime involving train robberies or border clashes. Perhaps, this very weird story was simply relegated to the back pages of Australian newspapers and even less attention from publications abroad.

As the actual story goes, once the teacher and her class who had gone on a field trip to the top of Flat Rock did not return on time. When a group of citizens and a local deputy followed their last known whereabouts a most disturbing discovery was to be found. Several young children who made up the class were found wandering the immediate area so traumatized that they had been reduced to behaving like mutes. The teacher herself was found in the same state. There were no indications of violence, attempted kidnapping, or any circumstantial indicators of a criminal act. Yet, here were several children and their teacher whose minds had been so assaulted that they were incapable of relating the events that had occurred which had left the class of young kids and their teacher severely affected.

In the early 1900’s there were not advanced methods of regressive hypnosis that could have helped uncover the repressed memories of these people who had experienced something so horrifying that they were left dazed and permanently afflicted from a mental standpoint. Nor were there any psychiatric drugs available that might have proven helpful.This is a common psychological state after a person has experienced something so adverse, so scary, that they are unable to normally cope. So, the mind creates a method of coping that may not seem helpful to those inquiring about what caused the incident, but it gives the percipient a place to hide deep in their own psyche until such time as they can be coaxed out of this state of mind or therapy can provoke a reaction that leads to an explanation.

However, in the Incident at Flat Rock, no such clarification was ever reached. Neither the parents, the authorities, or medical practitioners of the time could come up with any logical explanation. The children never recovered or talked about what happened on that fateful day. The teacher was unable to give an account of what eerie or maddening situation that had transpired which had left a group of people literally out of their minds and unable to recover. There are many legends and superstitions in Australia. Some of these come from the aboriginals while others have been told by their first frontiersman of Australia. They were prisoners of her Majesty the Queen while Australia was used by Great Britain as a vast penal colony. Many of the English for years viewed Australians as second class citizens in thinking of the descendants who came to Australia as convicted criminals brought to Australia to serve out their time in the demanding extremes of that distant wild continent.

A film project that never came to fruition

In the early 1990’s the director and producer for the proposed movie, “Incident at Flat Rock”, made a speaking tour about their upcoming cinematic project. On numerous radio talk shows they explained what had inspired them to reproduce this bizarre historic recreation. They talked about the strange mishap that remained buried in obscurity. They explained that the upcoming movie would soon be released. I listened to that program in Dallas and wondered with great curiosity what the movie would be like and how they would present the events on the screen. Yet, as time passed, nothing happened. The movie apparently never was finished, ran out of funding, or was never distributed. Such is the case with many film projects that simply cannot be adequately financed or that can negotiate with a distributor to get the film to the theaters.

There have been many theories as to what happened by the locals of the time as well as contemporary explanations ventured by those of today. Some of the villagers in Australia had said that the Devil himself had made an appearance to the school teacher and children and driven them crazy! Still others had thought that a bunch of bandits had attempted to kidnap the children and teacher to hold them for ransom, which would not have made much sense. In the modern day one theory was that perhaps a UFO had landed in full sight of the children and their teacher. This certainly would have scared the group in the course of their field trip, but would not likely have silenced them. Perhaps they had all been abducted, and their experience had been hidden by placing a psychological barrier deep within their minds? Perhaps all of them were simply unable to cope with something so foreign to their experience.

As it is today

Today Flat Rock, as the incident refers to, is the scene of the occasional freak accident or unexplained mishap, but it apparently keeps its secrets well. It now serves interest as a national park and recreation area in Australia. Hazards most likely encountered these days are relegated to fires or storms that might be encountered by tourists. Was Flat Rock, as it is called, the site of an ancient aboriginal burial ground? Is it a location where locals or aboriginals consider it to be a place of evil and has kept that reputation? It is hard to say. One thing is for sure though. This incident will remain to be an elusive mystery forever, and we will likely never be able to do much more than guess what rendered these poor children and their teacher into such a state.