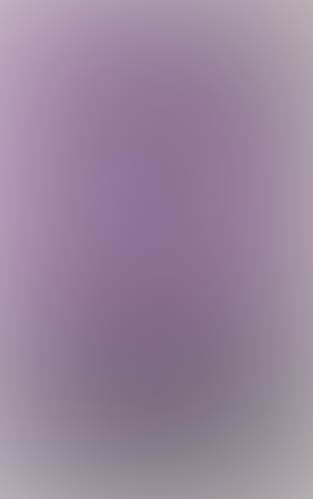 For most of my life, I have found myself fascinated by witchcraft. From a small age, I had lucid dreams of my past lives, different realms such as The Hall of Akashic Records came to greet me and I encountered many spirits, demons and creatures. Back then, unfortunately, there was no Google search where I could research my experiences and no way would a book on witchcraft ever make it into my home. (I would be kicked out in my teens for daring to bring in any book into the house on another spiritual practice beside Christianity.)

Many people who come across me claim that they feel I am a natural witch. I was named after my aunt, who committed suicide at 16, so if anything, I feel that connection to the process of rebirth manifested here on Earth. I frequently dreamed of my lives, which included me being a magical person in each one. For instance, I believe I was a druidess, I remember also staring into a fire like some sort of spiritual healer would, for answers. I can recall being sacrificed on a pyramid in a sunflower field, I remember learning to play music in Egypt as a male, who also advised nobility on astrological and metaphysical manners. I was born on different planets too and once as it died, I stood there with a couple others instead of running away with everyone else. I have frequent dreams of the Zodiac Killer and me as his victim.I was a warrior many times as well, gathering strength from my body and spirit.

I did not wish to become a psychic in this life, it just found me before I could figure out anything else different. I have always wondered about the occult and all it’s mysteries and the beauty it creates. So, the spirit world would whisper to me about the New Age and my part in it. As a spiritual person, I do not expect to make much money in this economy anyways, unless I can work really really hard and gain support, but nonetheless, I have dedicated my life to this eternal knowledge I seem to be collecting and sharing.

From my past, present and into the future, I deal with the paranormal on a daily basis. At the age of a child, I had banished a poltergeist with a ritual to Aphrodite based on past life knowledge and so I have always considered myself as a pagan. I do believe in many different spiritual philosophies and ideas so therefore the category for me exists with that label. I research, experiment, meditate, facilitate, bless, read, convey messages etc over and over. I believe in the power of synchronicity and luck.

So, when my husband and I were invited to the Nor Cal Paranormal Mystic Solstice Fair as special guests along with others including popular psychic medium Patti Negri, we were interested in attending. She is known for her work on a T.V. show called Ghost Adventures, where paranormal investigators travel to find haunted mysteries to solve. We did appear on one episode, titled “Crisis in Oakdale,” so we were curious to meet her.

At the mystic fair, Patti handed us one of her books after Paul took our picture together. Paul said he wanted to use it as a book cover and would send her a copy and she is so sweet, she gifted one to us and signed it. I was so excited to read all her magical secrets and try them out for myself!

Now, in the research that I have collected through my lifetimes, the most popular connection to magick is the moon phases. Well, the common theory is to manifest during New Moon energy and release during the Full Moon. During an eclipse, you could send powerful intentions into motion, but it would be best if it was used for gratitude and honor instead, as a result of this time is to cause strong life lessons to carry alongside. This is because in an eclipse, the moon cycles through many different phases all at once, causing an unpredictable result.

Patti explains the moon phases in her book, as the fact that, “…We are almost 70% water. Just like the moon affects the tides, we are affected the same way. It’s not just the “full moon” that makes everybody crazy… we are subtly affected by ALL the moon cycles. If we tap into these cycles, we can shift the things we want in our lives a whole lot faster, with grace and ease, by just tuning into them(31).”

So, naturally we can go forward, just like the moon does simply by casting our reflection into the universe by means of the moon as a guiding release point. Patti also adds, “Use the same “adding during waxing” and “releasing during waning” to your spell working as well (33).”

So, I took the chance during the first eclipse of July to try an uncrossing spell (page 84). This came at a point where it seemed useful as there had been a lot of tension with people in my life going on and, in the moment, I felt the chance to release my stress. Patti explains it’s very important to focus on the energies and not of a specific person as this could come out as a curse instead. The spell calls for the use of a lemon, knife, salt and various other things.

I did this spell in the daytime and I was really faithful that this one worked. The reason is because as soon as the lemon hit my skin, I got immediate sensations of pleasure all throughout my spine and crown chakra, like the feeling after a nice massage. I am confident that this one worked as I felt such a great release as well.

I wanted to mix the money spell up a bit, so that I could change the recipe so that it suited me. This is what I did at the second eclipse. Traditionally, it’s dangerous to do magick at the eclipses, but I wanted to experiment as I have read different opinions on this. I did this one based on the theory on page 27, which reads, “But there are definitely some rules and guidelines you should follow.” I decided to open the elemental directions first this time at the very least to enchant a candle I had. I did the spell mentioned on page 67 with a dollar bill where you write your wishes. Instead, I thought of all the things the money bought me that I was grateful for and wrote it down. I put this in a fire with herbs, such as jasmine, cinnamon and dragon’s blood. I did make a dollar sign marking on some soap I had as well, which was also suggested to manifest money.

Since it hasn’t been that long, I am not really sure of the results. I do gain money every day, but nothing too drastic has occurred, but yet again I am blessed where I do try. Money is one of those things that I rarely think about, so it has helped me meditate on my thoughts surrounding money.

Taking back into account the moon and our body composition. I decided to try the tip in Dream Magick on page 44, which eludes to placing a glass of water by your bed to delve deeper into your dreams and cleanse the negativity in the room. Now, I have been writing dreams down since a child, (remember I had very lucid premonitions and projections growing up). For me, water is one of those things that always seems like it is making sounds, even when it’s still, so I fully believe in its powers!

I have done many unhealthy things to my body in order to dream such as eating food before bed, burning too many incenses and ingesting strange herbs or concoctions and so I found this to be a very positive change for me! I believe it helps. I still do it most nights. One time, I forgot to change the water out and I did have a very negative day which surprised me.

The spell on page 49, for a “white bath” did feel amazing although it felt just as better when I added some holy water. It basically works as well with any salts, crystals etc that you are drawn to, but Patti lays the perfect foundations in a simple way.

My husband and I own Halo Paranormal Investigations and we incorporate many different types of blessings depending on the client’s belief systems. We use our energy as a healing artistry to help facilitate peace, harmony and balance. The way we work is we push the energy from the back of a house forward and then pray to bring new energy in afterwards. I thought it was interesting in Patti’s book, how she says she starts at the heart of the house by setting an altar, while I just naturally find a place next to water and is usually the kitchen to cleanse. (Patti mentions doing whatever feels best to you as well. (55) She works counter clockwise and then clockwise after! All in all, it didn’t feel too much different than any other blessing we have used, but it was nice to see the way another person has successfully done something and I feel a sense of comfort in knowing her spirit is there with me for extra power in this way.

I liked Patti’s take on Dragon Magick as well (72). I have worked with dragons in the past and present as well. They are meant to transform lower level energies into something better. I read from my dragon tarot deck that dragons are assigned to us based on our element. So, someone with an elemental sign could naturally have a dragon protecting. Or you can call in an air dragon for communication, water for emotions, fire for transformation and earth for materialization.

Old World Magick for the Modern World: Tips, Tricks And Techniques to Balance, Empower and Create A Life You Love

Analyzing all the information from this book in my knowledge and life, I found it to be a very positive read. I do recommend this book for anyone who has never studied these subjects and also to those who have been for along time. It is always good to recover the basics, in order that you can learn to create your own power and reestablish the foundations.

All the other spells and rituals, although I tried them I have not felt anything significant happening yet, but that is because magick is not an instant thing (usually). There is A LOT you can pick from in this book to use and I know if you read this book, you will better yourself in some way and I believe that is one of the main points of this.

Now, as you go on into the future, be prepared. Arm yourself with weapons of words as protection, power and strength. One thought can change yourself and the future. Nothing is going to be something more if you don’t give yourself the chance to change instead of letting things keep happening that make you feel awful inside!

Patti stands as a professional Good Witch in my opinion and I was glad to get the chance to look into her mind and see her magical thoughts. I believe she is a natural humanitarian with a talent for magick and I hope you get the chance to read her book and see for yourself how great she is!