UFODigest.com » Aliens and UFOs » THE HISTORY OF ANGELS THROUGHOUT THE AGES 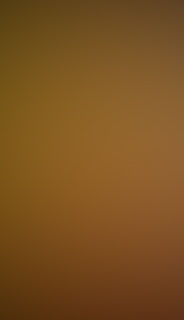 Traditionally, there is a hierarchy of angels. Here is how the order was accepted and viewed in the 13th century with the Seraphim being the highest and then descending in order of class. 1. Seraphim, 2. Cherubim, 3. Thrones, 4. Dominations, 5. Virtues, 6. Powers, 7. Principalities, 8. Archangels, 9. Angels. Remember that in those times classifying people into hierarchies was a normal part of life, it was also a social order.

An angel is a definite messenger of God. There are countless amounts of eyewitness accounts that can give credit to the positive existence of these divine beings. There are so many angels lost in history. Here are some examples of Angels throughout the ages:

The First Angel
The order of the Angels in the Christian bible makes a huge difference in their qualities and attributes. For example, Lucifer was created as the morning star guardian. Did God create the morning star first? Yes, according to the bible God created Light. So Lucifer quite literally could be the first angel. Some theorize him as being referred to as the planet Venus because of it’s brightness and representations. Perhaps he was the one to witness all the darkness and where it went. Either way, the bible documents him as the first to fall from the Heavens. Lucifer is the first fallen angel.

Venus and her Angel
Let us go now to Rome and explore the hidden history of Angels there.
Well here is where the legend of the goddess Venus is, she is the goddess of love here. She is also known as many other names in many other cultures and many of them associate her with angels as well. Venus is the mother of Cupid, an angel. Astronomy has always been a very popular subject and comparing a goddess to the stars, planets and sky was a sign of respect for her great beauty was that like God’s who was unseen but nevertheless very powerful and real. Cupid, as an angel could also be viewed as a shooting star or some sort of celestial object. The sky is a symbol for the spirit world and it is said that from this world is where Heaven is and commonly when you ask people where Heaven is they point up at the sky.

Could she be the last angel standing at the end? There are many theories surrounding her and what we are interested in is what she has to do with the world in ancient times. In ancient times she was the goddess of birds of prey, leading her to have feathers and wings like that of a bird. The interpretation many would use today when creating a traditional angel.

Childhood Stories
Yet even my personal experiences have lead me to take some sort of conclusions on the concept of faith and the guardians of it. The story of the angel may have traveled many centuries to become so popularized as it is today yet oftentimes these people who were creating these angel stories had no connections with each other.
My father has shared an angel story. He has shared that he saw them as two telepathic beings of light and that one seemed female and one seemed male. He saw them when he was a child. He said that they were very beautiful and he had a feeling of shame and insecurity in front of them.

He had made some conclusions about his faith and God when he saw these beings, as was his capacity to understand such things. Some could argue that today those beings could be referred to as extraterrestrial.

In my childhood I had also experienced something that has confused my faith. When I was a very young child, perhaps seven years old I had witnessed a giant eyeball above me and it was as large as many tall buildings and the eye was predominately blue in color, even the eyelids.

It made noises like that of boulders rolling down the largest mountain in America. Flashed before my eyes was the image of a giant or perhaps the Egyptian eye of Horus as the symbols were uncannily similar. The eye had just appeared as if someone had picked the sky at some invisible point and removed it only to open up to another sky that was in another time because psychically I could feel it was in another time that reminded me of when giants roamed the Earth. I was putting it together with the symbols I knew then. Now, I know of the possibilities of UFOs and that the manner it moved it was actually similar to reported descriptions of UFO encounters. Yet, it was such a detailed eyeball, it was rolling its pupil into its head, it had eyelids that was unattached from anything like a face or perhaps because it could move some invisible shield from the sky it could keep its face invisible. I was so confused. I was actually abused right after that and it could most definitely have also been a premonition but it was realer than anything I could imagine.

Angels of the Apocalypse
There are many angels tied to the stories of the apocalypse. One being Abbadon who is an angel that holds the keys to the abyss where he is said to be able to bind Satan for a thousand years. In Greek mythology, they refer to him as Apollyon. Jehovah Witness believes that this same person is actually Jesus Christ.

Angel’s Everywhere
Stories of Angels are everywhere today. Whether we believe in the possibility of them or not we know that they are a huge part of spiritual faith so much so that even just their visualizations can comfort us. Whatever religion you are, there is an angel hiding there somewhere quietly protecting you in whatever form you feel most safe being around you.