UFODigest.com » Science » Space » NASA » THE LEGENDS OF THE STARS 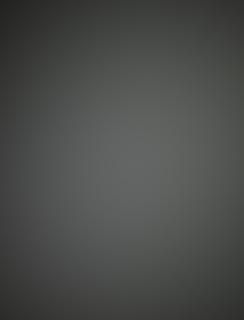 I remember looking out my window in Billings, Montana. There were green hills and large open sky. I used to love watching the stars and so I did it often. We lived a little bit away from the center of the city so I could see many stars and there aren’t too many people in Montana anyway.

My whole childhood was very spiritual because I have always been involved in finding the truth. I communicated with spirits, learned lessons, meditated and wrote in a dream journal. I learned to focus on something to try to absorb its energies. I looked into the sky at the moon and did this often just contemplating on how protective it is. That it is really the Earth’s wings that I am seeing.

There are many regular meteor showers throughout the year. There is a list of almost a hundred of them going all year long. These are the shooting stars that we see. A shooting star is a small, rapidly moving meteor burning up on entering the earth’s atmosphere according to the dictionary. A shooting star is a breathtaking display of solar fireworks that is a magical sight to see.

Shooting Stars are commonly seen in the clear skies overhead and have been viewed in a positive light. Most people would gasp in excitement to see one and feel very lucky inside. There is not one person who could say that the flash of a meteor flying by us from outer space is not a visual masterpiece sent from the Heaven’s above and why not make a wish on one and watch it come true.


Falling from the sky when I looked out of my window was what looked like a falling star. It was not something I had much knowledge of at the time I was a 12 year old girl. I looked towards the east and that is the direction where I saw it. I know that it was dark outside but when the star landed it made the whole sky glow an orange and purple color and then it looked like the colors of the dawn coming up and disappeared and the morning became so bright there was no shining star. It was an event that reminded me of that photo where Satan is falling from Heaven. I was already very knowledgeable in the occult by the age of 12 as I had a spirit guide that related every piece of information to me about my past lives and also how to have magic.

A falling star is a meteor or a shooting star. It is in my opinion one of the most magical artifacts that could ever come to Earth. Reports that meteors have created and destroyed life are common and Revelations in the Christian bible claims as the beast and a giant star from the Heavens come down is so powerful and what could be as powerful but a falling star that can create and destroy life, bring precious materials from outer space and rare beauty and energy. It is truly a cosmic and holy object.

Ragnarok is the cycle of energy. It is the time in Nordic legends that can be compared to the Christian apocalypse. The focus of Ragnarok is not on the ending of the universe but in its ending is a new beginning.
Ragnarok lessons are that of the seasons changing and how all energy is transforming constantly.

Yggdrasil is the tree that is the center of the universe in Norse mythology. It is the absolute most magical tree in the universe. It is ancient and it has been around since the beginning of time. It is a tree that lives in outer space and connects to nine different planets.

A tree is understood to be the symbol for transformation between worlds as it grows from a seed in the water and then emerges its roots in the underground from their half of it lives in the above ground soaking up the sun and the moon. It is alive yet spiritual. It is also a symbol for family and a very powerful dream totem to have when lucid dreaming.
Yggdrasil is an ash tree.


The birth of Christ was under a comet? Have you heard that miraculous leaders are born beneath cosmic objects, people sacrificed to this day underneath planetary alignments. Halley ’s Comet and the folklore surrounding. Well I am born the year of and legend says I will die the year of the comets return if my birth was in its presence. Mark Twain is a legend of time who knew this story and it came true and he was born and died on the passing. Many tell these histories. Will I?

Why are they so magical these holy lights? What sort of power do they really hold over us? They are so alive we can all see and they have affected us and they control things like fate and like destiny. The stars that we look up into the sky to view are not even existing in the same year or time frame that we are yet we see them. They birthed us onto Earth and they are ready to take us away. Abducting us all into the spirit world. We will all cross over.

Why do we die? I wish that we would stop dying and I guess the only way to wish for things like that is to wish on a star because only the gods in the Heavens can save us.