UFODigest.com » Paranormal » Astrology » THE MYSTICAL POWER OF SEASHELLS THROUGHOUT HISTORY 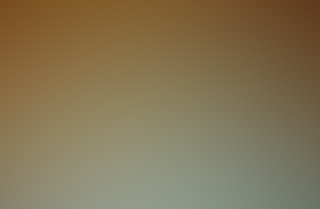 Seashells are very beautiful pieces of the ocean. Seashells have been used in many different cultures as money, art, jewelry and much more. Beautiful collections of seashells have been found in remote places throughout the world. Whether you are by the ocean or not you may find beautiful discoveries in the landscape around you. Here are some gorgeous examples of some mystical uses for seashells.

Abalone Shells
Abalone is a gorgeous shell that is large in shape. It has an iridescent interior when hollowed out. Many people enjoy abalone as a food. The creature that lives in this shell has tentacles and lives in the ocean. This shell has been used for a very long time with sage. Sage is an herb that is used to clear negative energies from a home. Remember that also adding Sweet grass to your sage mix with also help to attract positive energies. Spiritualists put the sage into the shell as a sort of bowl. This is because Abalone has the power to capture the burned sage and keep it pure. It has been used since ancient times by such people as the Native Americans. Abalone is also the source for mother-of-pearl.

Amazon Warriors
According to the Greeks, the Amazons were the first people to construct weapons. Seashells can be constructed into arrowheads and other types of weapons. Many seashell altars were found in Amazon burials of the women. The Amazon women were very powerful and gifted in weapon design.

Angel Wings
This shell is very special because some of these shells will glow in the dark when exposed to ultra violet lights. They are long, thin shells that are very delicate. It has a narrow design much similar to a pair of angel wings. Angel wing shells are a rare find. Because of their fragile nature, these shells would be great for a modern ceremonial purpose perhaps in building a sea altar.

Celtic Design
The Celtic use many spiral designs in their artwork. The spirals could have been inspired by seashell shapes. Spiral seashells are very common and very mystical. The design represents the many aspects of water, life, magic and more. What is so interesting is that the traditional meanings of these spiral shaped designs have been lost. One could speculate that nature was the muse and most importantly, the seashell seems to have this patterning. The Celtics used seashells as art and jewelry. Druids have many beautifully shaped symbols, many that resemble the intricate seashell. Could we ponder the possibilities of these similarities?

Conch Shells
A conch shell is the shell that you can put to your ear and hear the ocean within. The conch shell comes from large sea snails. All parts of meat inside of a conch shell are edible. Conch shells can also be used as mystical musical instruments. After drilling a precise hole in the conch shell it is able to make a native sound. Conch shells have been used by such cultures such as the Mayans as musical instruments. The best scribes of the Mayans used conch shells to carry their inks. Conch’s can also sometimes produce beautiful pearls. The larger the shell is, the more likely the chance to find a rare pearl.

Egyptian Pyramids
Scientists have discovered inside of the limestone the pyramids were built with, that there are many different types of seashells. The seashells have become fossilized and have been around since the ancient flood times. If we could break apart the pyramids we would most likely find rare, unique and extinct species in the stone. The ancient Egyptians loved to use seashells in their art. They may have even used seashells as money. The seashell is most certainly a powerful key in unlocking the secrets of the pyramids.

Knights Templar
The Knights Templar is closely associated with the Rosslyn Chapel in Rosslyn, Scotland. This chapel was designed by William St Clair in 1456. Many speculate the connection to the Holy Grail and the Knights Templar. Either way, the inside architecture is formulated with several spiral designs overloaded with energies of life and structure. Many of these carvings resemble the intricate patterning of seashells.

Pompeii
Collections of seashells have been unearthed in Pompeii. Pliny the Elder was said to have a collection discovered in Pompeii. He was a roman author and philosopher. The city of Pompeii used seashells in much of their artwork, including a temple dedicated to the goddess Venus. Venus is depicted in a seashell naked lying in the ocean. Her association with the ocean is that it was her birthplace. Thereby is her association with the seashell.

Seashell
Seashells are an ancient piece of world history. Wherever there was watery life there is a seashell. Remember that these were living creatures before they were shells and that sometimes when you pick one up it may still be alive, so be careful what you touch. The seashell is a powerful mystic tool from ancient and modern history just waiting for you to harness its energy.