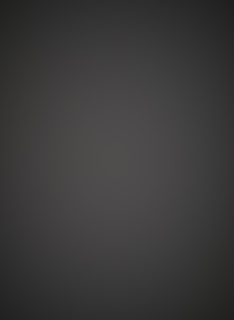 Horses are a very extraordinary creature that has been described as intelligent, spiritual and strong beings. Horses have a long history of magic in their bloodlines. Even the average persons can sense the powerful aura emanating from a horse. Horses have a magical ancestry and a future mixed with glory.

Horses are associated with hunters which could be connected also to Athena or Diana, the goddess of the moon, wild and hunt. Horses are a wild creature that can be tamed easily because of their massive intelligence. It does not take a horse very long to change. It is often very easy to break a horses spirit, and this is considered a very bad thing to do spiritually and for your karma because an animal’s spirit is its essence, it’s aura and that is what makes it so beautiful and unique.

Poseidon is said to be the god of horses. The romans referred to him as Neptune. Common associations of Poseidon were earthquakes, oceans and salt. The horse was said to be created in Poseidon’s kingdom where he also had created the unicorn and Pegasus. The unicorn is a horse with a magic horn and the Pegasus has the wings. A Pegasus and unicorn together are called a unisus or pegacorn.

The gods and goddess legends in Greece, where also biblical verses from the new testament of Jesus Christ were translated for American use, state that during the apocalypse there will be four horseman. The stories of the world in this area were commonly translated into Greek because of Greece’s powerful business, and foreign international exchange base with the rest of the world. Stories written in Greece were most easily spread throughout the rest of the world. Jesus was often compared to a unicorn in medieval Europe because of its magical qualities, light magic and pure heart.

The four horseman are described in Revelations. In God’s right hand he holds onto seven seals. When one is loosed, four beings ride out on white, black, red and pale horses. The horses are the ones that set the last judgment loose onto the world. The summoners of doom.
There are many different perspectives on the bible and especially this book of the bible. In my opinion, I see it as a dream sequence. I say this because it is at the end of the book, in a darkness that lasts for 1,000 years that can only be compared to the darkness of those that sleep. You also end your day sleeping, as the bible ends itself with a destruction but yet also in that is a creation and new beginning, just like a dream. Don’t forget about all the different kinds of dreams that we have like daydreams, fantasies, nightmares, lucid, etc.

Common symbology of today is what the modern mind will use. The dream interpretations of today are richly forecast using probabilities based on ages of common predictions such as associating certain signs with love, luck, happiness or sorrows. In each culture, we remember the differences of the spiritualties of the world and we come to make our own conclusions.

The dream interpretation today of a horse would mean that you need to tame the wildness inside of you. You need to learn how to control some aspect of yourself or go wild with it. Whether it be your sexual power, your lack of responsibilities or more. A horse can also symbolize the need for healing within your life.

Horses are used today for healing. A horse is said to capable of psychic abilities such as seeing your aura, hearing your thoughts and sensing your emotions. Anyone that has ever been around a horse would most definitely agree. Horses were a major mode of transportation for many of our ancestors and they have helped humankind evolve into the species that we have become today and they are prophesized to be with us into the future.