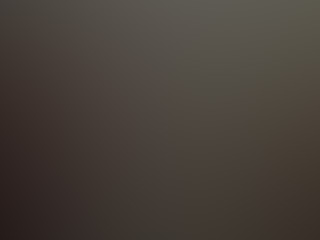 INITIAL REPORT:
June 7, 2014, Saturday // UFO Investigation. Time to be there: 2200 Hours // Location: Colfax, CA Activity: The UFO appears on a nightly basis. The occupant feels we will not have any problem seeing this UFO. Case Manager is Lori Schulz of The Dirt.

20:30 Hours – Emilliano Mooey Debudey and Mark Bales show up at my door. We loaded up the Rusty Anomaly (My Kia Forte) with telescope, night vision goggles, video cameras, digital cameras, glow sticks, flashlights, binoculars. Piling in the car are Deanna Jaxine Stinson, Mooey and Mark. We are headed up to Colfax to a private residence, where the occupant sees UFOs on a nightly basis. Point of rendezvous is the Red Frog, an establishment in Colfax. Colfax reminds me of one thing. In 1977, I was a firefighter stationed in Colfax with the California Division of Forestry, which is now called CAL-FIRE. In the wooded areas of Colfax, you get reports of UFOs, Bigfoot and other creepy creatures of the night. Maryfrances Smith – the occupant tells me how she once saw a terrified coyote run through her yard, being chased by something unknown.

Maryfrances Smith Story:
The UFOs seem to appear frequently in the night skies above her home. On one particular night, she saw a disc shaped UFO and it shown a bright light into her home. During this evening at 8:08 pm, she feels she lost 45 minutes of time. Maryfrances says she has psychic abilities and at a young age she would have severe headaches and nosebleeds. Headaches and nosebleeds are at times an indication of abductions. Also, many abductees feel at a later time that they have psychic abilities. Maryfrances was so frightened by her experience, that she contacted MUFON and talked with Mary Barr. On other nights she saw figures and outlines of creatures that resembled Grays. On another night, she saw four alien women on her balcony with long dark hair. One of the alien women cavorted up a tree. She tells us that a chunk of flesh was taken from her buttocks, she has seen faces in the windows and her bed once shook violently.