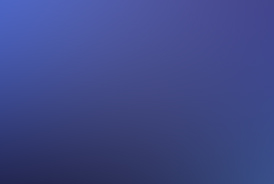 That incident does seem to be a good example of the many cases when multiple credible witnesses saw something distinctly unique and highly unusual.

The case made headlines back on Jan. 1, 2006, when Chicago Tribune transportation journalist Jon Hilkevitch reported on the Nov. 7, 2006, incident – the sighting by multiple witnesses of a gray, metallic-looking, disc-shaped object hovering over Chicago’s O’Hare International Airport.

Eyewitnesses stated that the disc was “well defined” in the sky and its size was estimated to be 6 feet to 24 feet in diameter. No lights were reported on or from the object.

Additionally, witnesses stated the object was in a stationary position and was silent, Hilkevitch reported. It hovered just below the cloud deck which was estimated to be 1,900 feet on Nov. 7.

According to Hilkevitch’s reporting, the object was first seen by a United Airlines ramp worker at about 4:30 p.m., while directing a United plane at Gate C17. Several other United employees also reportedly witnessed the odd object in the sky.

Hilkevitch also reported that a United mechanic in the cockpit of a Boeing 777 spotted the disc above Gate C17.

A witness was quoted as saying, ” … I know that what I saw and what a lot of other people saw stood out very clearly, and it definitely was not an aircraft.”

When the sighting was broadcast on an internal airline radio frequency, a United manager reportedly ran outside from his office to take a look.

After a few brief minutes, witnesses said the object suddenly shot up and created an odd circular hole in the clouds, through which clear sky was seen.

News accounts at the time reported that at least six people or more saw the object. There was also speculation that many witnesses did not to come forward for various reasons.

Initially, United Airlines and the FAA stated they had no information on the case. Then the Chicago Tribune filed a Freedom of Information Act request and United and FAA officials reportedly found information on eyewitness reports.

In response to the incident, FAA spokeswoman Elizabeth Isham Cory said, “Our theory on this is that it was a weather phenomenon.”

The O’Hare airport incident is only one of many, but it seems to be a significant case due to the number of witnesses, the nature of the object itself, responsible local coverage by a major newspaper and the subsequent coverage by major mainstream media outlets.

Stephen Colbert’s tongue-in-cheek questioning of journalist Kean – as is often the case with Colbert’s kidding of his guests – did reveal some significant facts and viewpoints. In this case, he elicited useful and interesting information from Kean about the UFO phenomena for his audience who may or may not have in-depth knowledge of the subject.

Kean’s new book is being viewed as an important contribution to the large body of research on the UFO subject and has been recommended by respected scientists and researchers.

And good for her that she was willing to face Colbert’s rapid-fire quips that require his guests to be quick-thinking and keep the conversation on a track to get their points across.

The Colbert Report show also deserves credit for venturing into this controversial and sensitive area of research. Through their willingness to have a guest like Kean on the program, they are advancing the public awareness of what is probably a very important phenomenon that we should try to learn more about.

Under Colbert’s questioning, Kean was clear that sightings of unusual objects in the sky – even metallic discs that hover and shoot into the sky – do not prove that we are being visited by extraterrestrials.

What she did not say is that the many sightings like the 2006 O’Hare incident present very strong indications that something along these lines probably is going on.