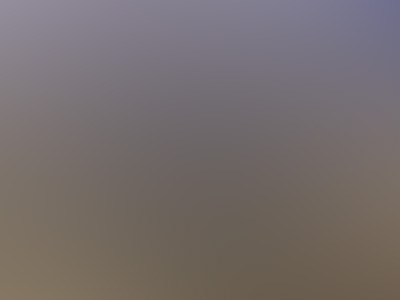 It seems that a certain FBI document generated some bitter debate over its authenticity, a couple of years back, after a  huge disclosure of UFO material in 2010. Historic details of the FBI’s exhaustively recorded files on some of the most famous investigations in US history were disclosed. One particular declassified FBI document pertaining to UFO’s beginning in 1947, generated some heated debate. So, I’d like to elaborate further. In December, after the FBI released a vault of previously secret files that had not seen the light of day in decades, a plethora of material was made public.

It is hard for me to comprehend how documents generated by the FBI solely intended for interdepartmental use could have been altered or compromised in any way shape or form while in the possession of said entity. Either these documents were within the security of the agency or not. I’d have to assume they were. I have read many of the memorandums. They not only appear to be legitimate, but poorly copied, not given a great deal of priority (routine), and very dated in terms of the existing technology of the time. Never the less, they are extraordinarily historic.

The Guy Hottle, memorandum seemed at the top of the list at that time for argument. It was based upon a teletyped message that was received from Roswell Army Airfield stating that a disk had been recovered by the 509th Bomb group. Hottle, SAC (Special Agent in Charge) apparently relayed this news from his office in Washington 22, March 1950 to the desk of J. Edgar Hoover saying that 3 disks had been captured by the Air Force and that each contained 3 alien bodies. Does this seem sensational, yes. Does this appear to substantiate evidence that supports a massive military cover up of an extraterrestrial crash, yes.

Could this memo be faked? Well, this is where the contention and source of irritation originate from. Apparently certain individuals are too paranoid of being blindsided or discredited. They would also like to discredit anyone whose opinion and findings disagree with theirs. So, I’d like to take this opportunity to elaborate on my belief concerning the aforementioned evidence.

Is it possible that FBI agent Guy Hottle was a loose canon or prone to exaggeration when analyzing intelligence content? I would doubt that contentiously. It is hard for us histrionically to imagine the mindset of most individuals in 1947, but I think one can safely say this. The post war atmosphere of 1947 was of such that the nation’s defense was probably still much in the minds of most Americans back then. I think the general climate of ethics was much higher than it is in our video game, internet techno wienie world of Marxist influenced, fat and lazy citizens.

For an FBI agent in 1947 to make frivolous interpretations of intelligence data going to the desk of J. Edgar Hoover, Director of the FBI, an acknowledged master of surveillance, I doubt very seriously any fool would have entertained such idiocy. Risking your credibility as an FBI agent in 1947 would seem to me to have been a cardinal sin, even more so than it would be today. So, let’s not stoop to marginalizing the Roswell memorandum based on this premise.

Now, how could a piece of deceptive chicanery from Silas Newton, who scammed Frank Scully on the basic events that constituted controversy over the Aztec, New Mexico crash, which I have written about in a previous article, be contained in an FBI memo? How could some shady hoax have infiltrated the FBI’s filing system and been passed off as an actual historic memorandum? How? Did Silas Newton creep into FBI headquarters in Dallas and plant the file? Really? Was Guy Hottle himself a fabrication, a nonexistent FBI agent? Is the FBI vault, the internet repository that the FBI UFO files were released to the public through, a corrupted farce, or really the domain of someone else other than the FBI? Did the FBI disclose the Guy Hottle memo as a falsified way of taking part in April Fools Day?

It seems to me that the doubts that have surfaced seem almost as fantastic as the claim of an extraterrestrial crash in itself. The accusations of a hoax are just about as amazing as to whether or not aliens did crash at Aztec. So where lies the truth?

What do we actually know about the long history of UFO’s and the military’s response to the phenomenon? We know that the Air Force enlisted a more than 20 year long study comprising Project Sign, Project Grudge, and Project Blue Book. We know that at the apex of this project when it had gained notoriety among the branches of the service as well as prestige from the well designed intelligence analysis that was being produced that in 1953 under the aegis of the Robertson Panel, the project had it’s teeth were removed, the organization was gutted and turned into a public relations tool. The major officers who had developed the project and refined it into a well respected and well run machine, were disillusioned and requested reassignment despite having a major general’s support for increased funding.

We know that many pilots and their aircraft have died or disappeared in pursuit of UFO’s over the last few decades. We know that some of the most prominent generals in history such as Douglas MacArthur, Benjamin Chidlaw, RAF Air Marshall, Lord Dowding, and General Curtis LeMay have publicly confirmed their belief in the reality of UFO’s. These men, with the best intelligence assets in the world, at their disposal, have confirmed the existence of UFO activity they believed presented a threat to national security.

We know that Major Jesse Marcel testified to handling the crash debris of an alien ship that was thin metallic, fire resistant, could not be cut, even though it was light weight that they could bounce a sledge hammer off of a thin strip of it, and that it returned to its original shape after being crumpled into a ball. Remember Marcel was a nuclear arsenal specialist, who briefed President Truman. Is it possible he could have misidentified the material he found on Mac Brazel’s ranch with a weather balloon? Impossible! Did manmade material like this exist in 1947? Of course not.

However, just as the left liberal movement lies and misrepresents the truth in the political arena, the debunkers of Roswell have continually presented weak, and irrelevant arguments that a military cover up never occurred or that the debris found by the 509 the Bomb Group was a weather balloon, Project Mogul, or some other misidentified material that fell from the skies just like the anthropomorphic dummies used in Air Force tests were mistakenly identified as little gray aliens found at the crash site. There are even assertions made by the military that Chimpanzees that could have suffered catastrophic depressurization in failed tests of the experimental A-9 rocket, could have been mistaken for little gray alien bodies even though this configuration was not launched and tested at White Sands, New Mexico until 1954, seven years after the Roswell incident.

Could military counter intelligence procedure play a role in using the UFO premise as a form of distraction from what really might be going on such as X projects of the past and present? Perhaps, but in reviewing the vehement reaction of the military in denying the existence of UFO’s, accusing some airline pilots of being drunk as they narrowly missed fast flying aerial anomalies, blacking out Major Donald Keyhoe from the TV screen while he spoke about UFO’s on primetime, all seem to point to a different conclusion. Why would the US military suddenly change direction from denial, and ridicule to an abrupt about face and now to contradictory false disclosure? It doesn’t add up.

In summing up a history rich in evidence and large volume of substantive activity, I think it is fair to say that not only did Roswell happen, but other alien crashes and retrievals have likely been conducted. I feel that the FBI UFO Dallas office memo too is very likely authentic.

I think that those who have debunked the Guy Hottle Memo have much in common with debunkers who can’t bring themselves to grasp that somebody from somewhere else came to earth, and for many possible reasons, inadvertently crashed on this planet.  I think that there have been visitations through out human history.

As Ryan Wood’s father, Robert, spoke with me at a Crash Retrieval Conference in Las Vega, Nevada, his belief in UFO’s did not in anyway contradict his deep Christian faith nor did it influence his involvement in his church. I must concur with Robert Woods, a 43 year career flight engineer, who worked for McDonald Douglas and had many a well known UFO researcher at his dinner table as his son, Ryan grew up. Neither does the possibility of extraterrestrial existence disturb my Christian convictions either. For me, the Guy Hottle Memo stands on it’s own as a viable piece of evidence in the long saga of the UFO legacy.